On January 20th, the NCC Board of Directors met via videoconference to discuss recent and upcoming projects.

Here are the highlights presented in my Report on Activities.

In winter, as in summer, the NCC offers opportunities for everyone in the National Capital Region to get outside for a quick walk or a good 10 km run. We recently announced the opening of the Queen Elizabeth Drive, from Fifth to Somerset, for non-motorized recreational activities on weekends from 9am to 5pm.

I provided an overview of the results of the 2021 season of the Active Use Program which involved the closure to motorized vehicles of 21km of NCC parkways in Ottawa and 27km of parkways in Gatineau Park for active use between April and October. Feedback from the public was collected through an online survey, which received responses from over 2,600 users and 300 residents who did not participate in the program, and through a review of feedback provided to the Contact Centre.

Based on the results of this evaluation, the program proved very successful with over 730,000 active use visits to NCC parkways from April to October, representing an increase of approximately 67,000 over last season. High satisfaction with the program was evident as 97% of users were satisfied with their experience and 95% supported the continuation of the program.

I was very happy to see the green flag being raised on January 14th to mark the opening of the 52nd season on the Rideau Canal Skateway. For the first time in over 20 years, skaters enjoyed the full 7.8 kilometres of this iconic experience on opening day.

In 2020 we began to consider strategies for adapting the Rideau Canal Skateway’s operations as our climate changes. It seems that changes to the beginning of the season are more important to the overall season length than those at the end. We are now partnering with Carleton University over the coming four years to collect data and explore pilot projects to test potential approaches. 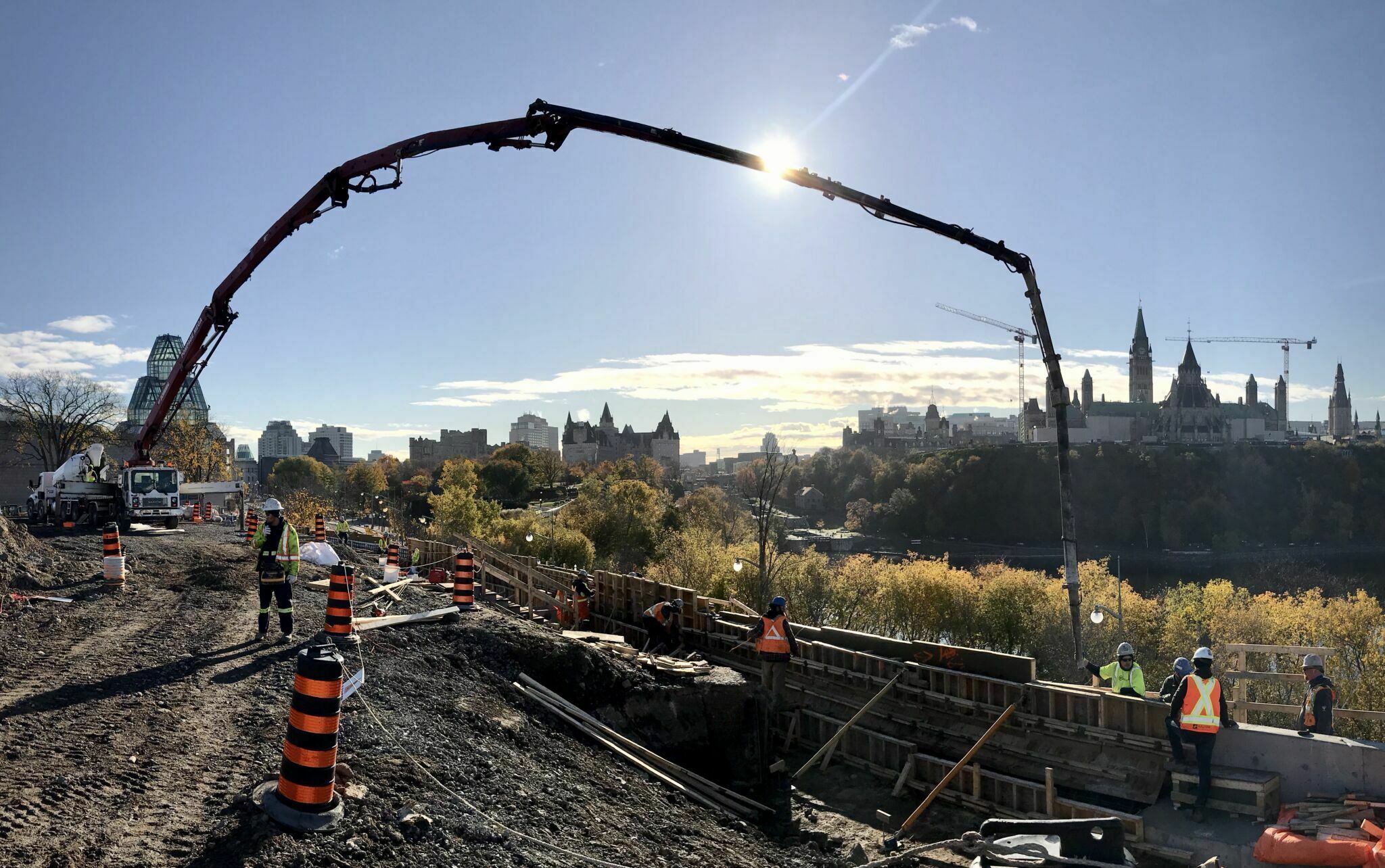 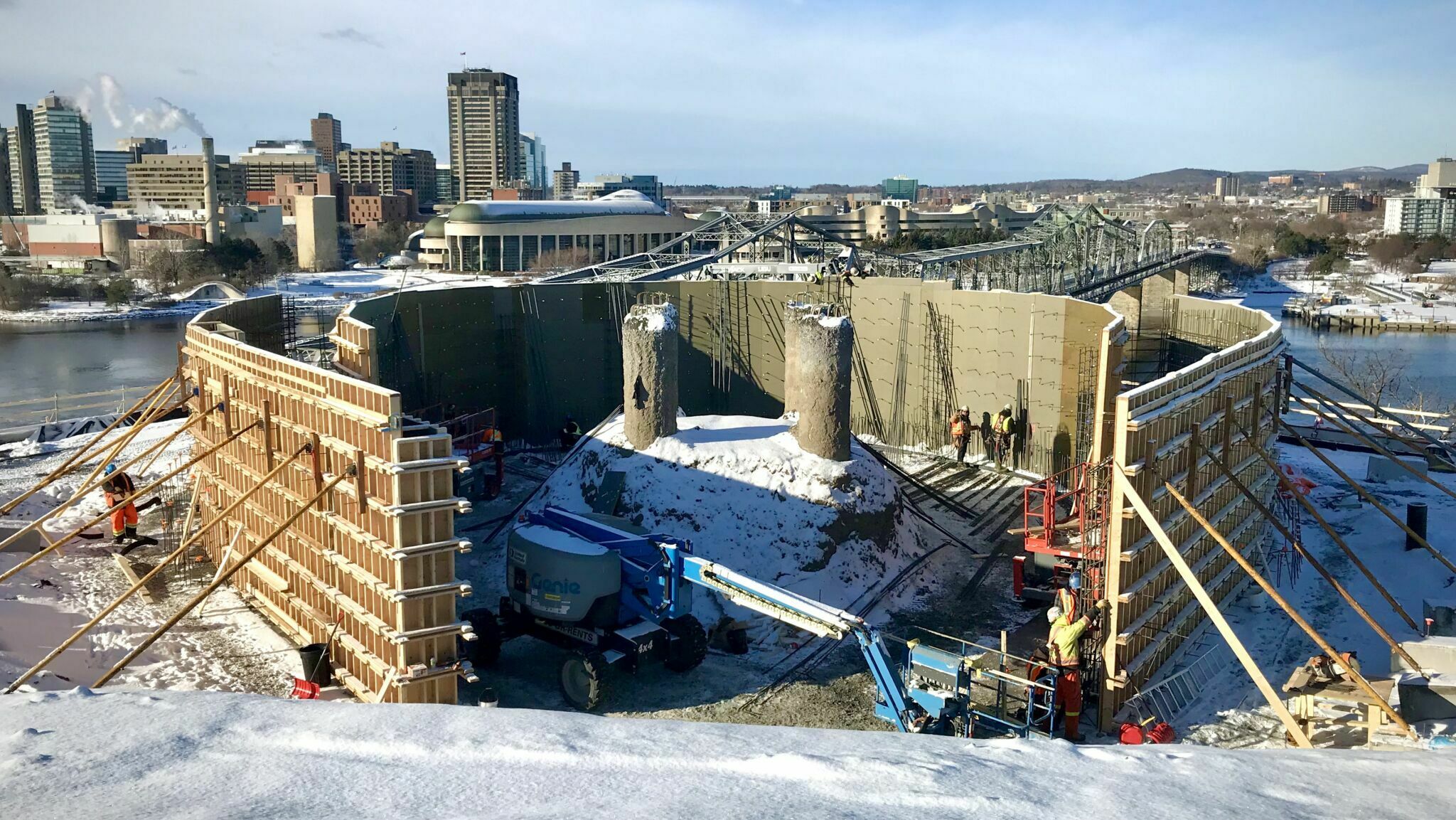 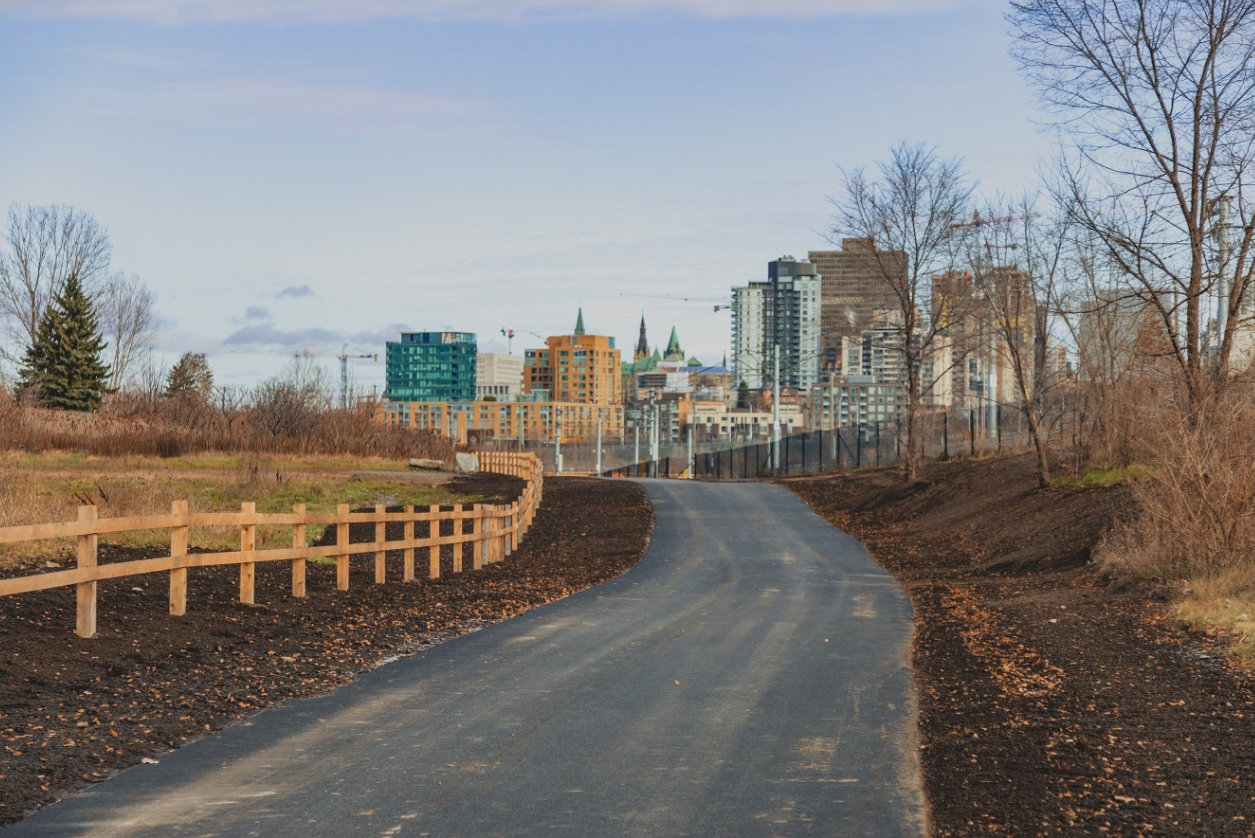 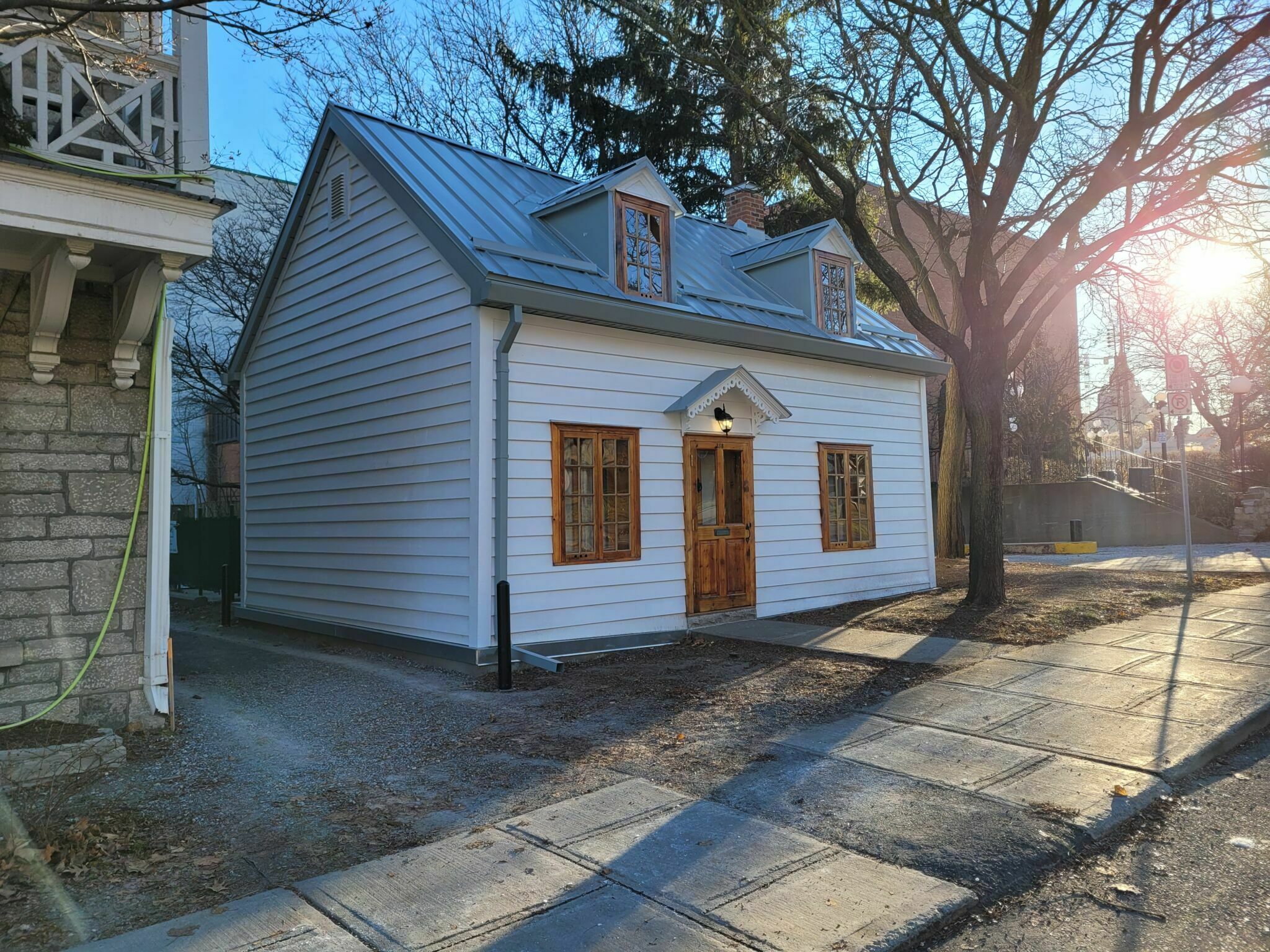 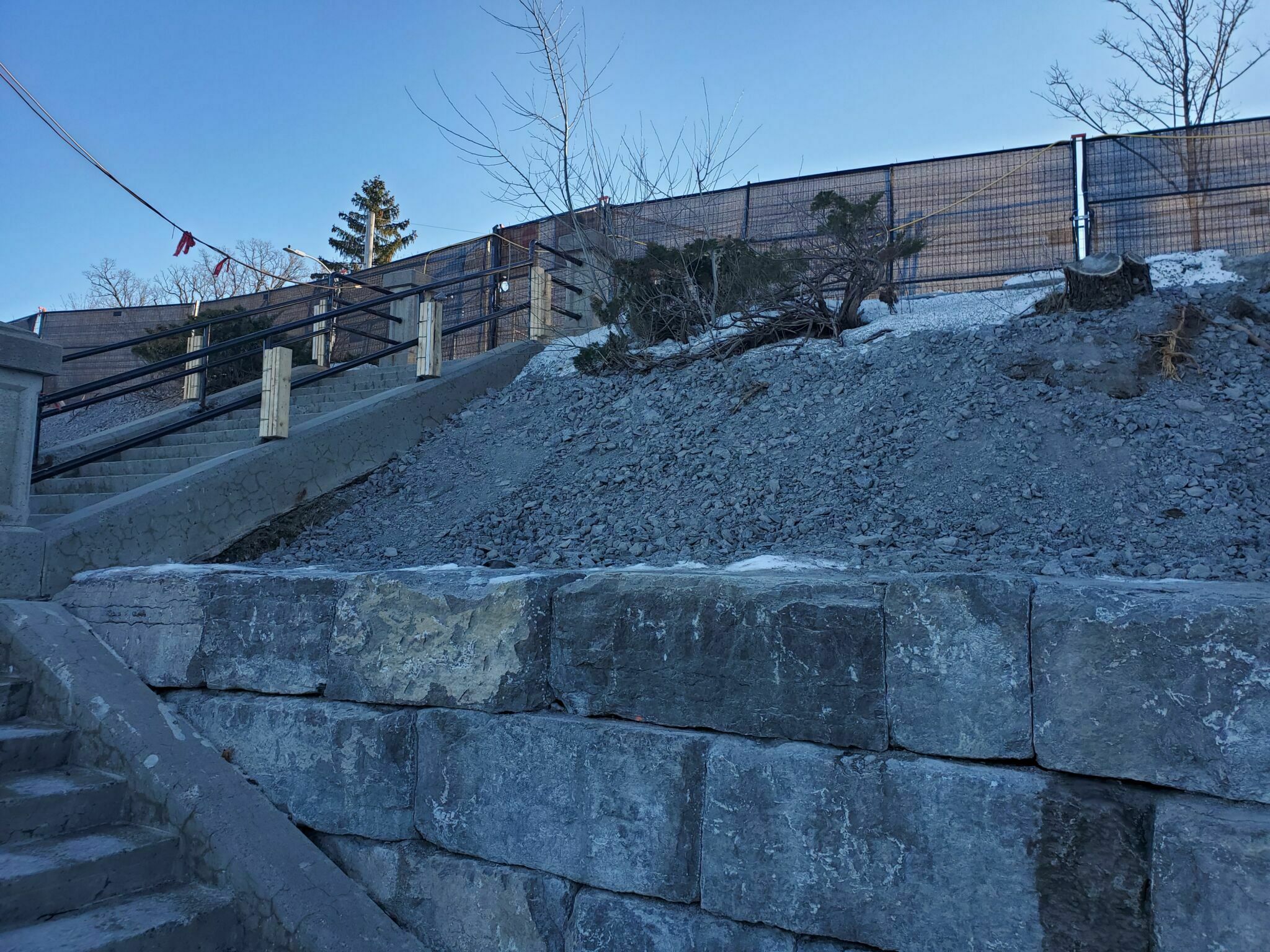 I was pleased to announce that we opened a new pathway through LeBreton Flats. With this new path we are welcoming the public to return to LeBreton Flats and explore an area of our city that has been largely inaccessible for decades. And at this time of year, enthusiasts will once again be able to ski and snowshoe this LeBreton loop that connects to the Kichi Sibi Winter Trail.

Continuing with the LeBreton project, in December we put out a Request for Expressions of Interest to build a major attractions centre at LeBreton Flats. Our goal is to create a major destination for arts, culture, sports, or recreation to serve as an anchor for the future phases of development at LeBreton. We will be accepting short submissions until the end of February this year.

More good news on the LeBreton front as we were able to recommend to the Board a preferred proponent for the Library Parcel, which is the first development phase of the Building LeBreton project. In partnership with the Canada Mortgage and Housing Corporation through the Federal Lands Initiative, this project will deliver accessible, energy efficient, affordable housing.

At the beginning of December, accompanied by Savanna MacGregor, acting Grand Chief of the Algonquin Nation Tribal Council, I had the opportunity to visit Victoria Island to see the remediation work occurring there. In just two months, Decontie-Milestone Construction had removed more than 37,000 metric tonnes of contaminated soil.

We are working with regional and national land conservation organizations to develop a unified strategy to protect the ecological corridors of Gatineau Park. We created an incentive program to fund operational fees for partner-led conservation initiatives within the corridors and approved, in principle, two funding requests.

Speaking of Gatineau Park, sales of winter-season passes broke another record in December as the public bought over 14,300.

The NCC’s climate adaptation initiative exists to ensure our work will withstand climate change. In 2020, we completed a climate projection study for the National Capital Region. Over the past month we had a closer look at where we expect to feel the greatest impact and where we see our vulnerability to the upcoming climatic changes.

As you may have recently seen in local and national media, I recently had the pleasure of announcing that the NCC is banning the use of gas-powered small tools (leaf blowers, line trimmers, hedge trimmers and small chainsaws) on NCC lands — becoming the first jurisdiction in Canada to enact such a blanket policy. The ban, effective April 1, 2023, also applies to all NCC maintenance contractors.

New Headquarters for the NCC

The work continues on modernizing our new headquarters at 80 Elgin Street. As the organization evolves, we must ensure our physical resources are adaptable and flexible, so modernizing the new building is a big part of this. This past October, as a core design principle for workplace modernization, the project team for 80 Elgin chose to surpass the standards of sustainable development outlined by the Federal Government. Work on the next stage, which involves feasibility studies and developing measurable sustainability targets, begins this month.

I also shared that the NCC’s Advisory Committee on Planning, Design and Realty has up to three positions to fill. This committee provides independent expert advice to Commission staff on real property matters, design proposal affecting federal lands and long range and policies for the use of public lands and properties in Canada’s Capital Region. More information about qualifications, remuneration and the selection process is available on our website.