Ecological corridors are passages on land or in water, between a park and the surrounding natural environment. They enable movement of wildlife and dispersal of plant species, and facilitate seasonal migration, reproduction, feeding and adaptation to environmental change.

The NCC and its partners are playing a key role in identifying and protecting ecological corridors in Gatineau Park and its surroundings.

The importance of ecological corridors

Natural environments are in better health when they are connected to one another. A greater variety of species is found in spaces connected by ecological corridors.

With a total area of only 361 km2, Gatineau Park is too small to support the biodiversity found there. The Park’s connection with surrounding natural environments is therefore essential, especially for large predators which require vast territories.

Ecological corridors make nature more resilient, or better able to overcome disturbances: human activity, climate change and much more. These corridors also prevent extinction of species by preventing plants and animals from being isolated from their natural habitat, due to human infrastructure, for example. Learn more about the important role ecological corridors play for the plants and wildlife in Gatineau Park.

From 2009 to 2012, a scientific study undertaken in collaboration with experts, local partners and conservation agencies identified 12 potential ecological corridors. In Quebec, the NCC was a forerunner in the identification of these corridors for conservation purposes.

These corridors run along waterways, and cross fields and forests, as well as private property. If you live near Gatineau Park, your land might be part of an ecological corridor.

And if that’s the case, do you know what to do to help protect the ecological corridor on your land? Five ways to be a friend of nature.

There are many ecological corridors between the Park and surrounding lands of ecological interest. For this reason, the NCC is working with partners to develop a unified conservation strategy. The project will be implemented over several years.

The following organizations are among our partners:

Several projects initiated by the NCC are also helping to limit fragmentation of the land base, and preserve the integrity of ecosystems. One example is the Responsible Trail Management project. 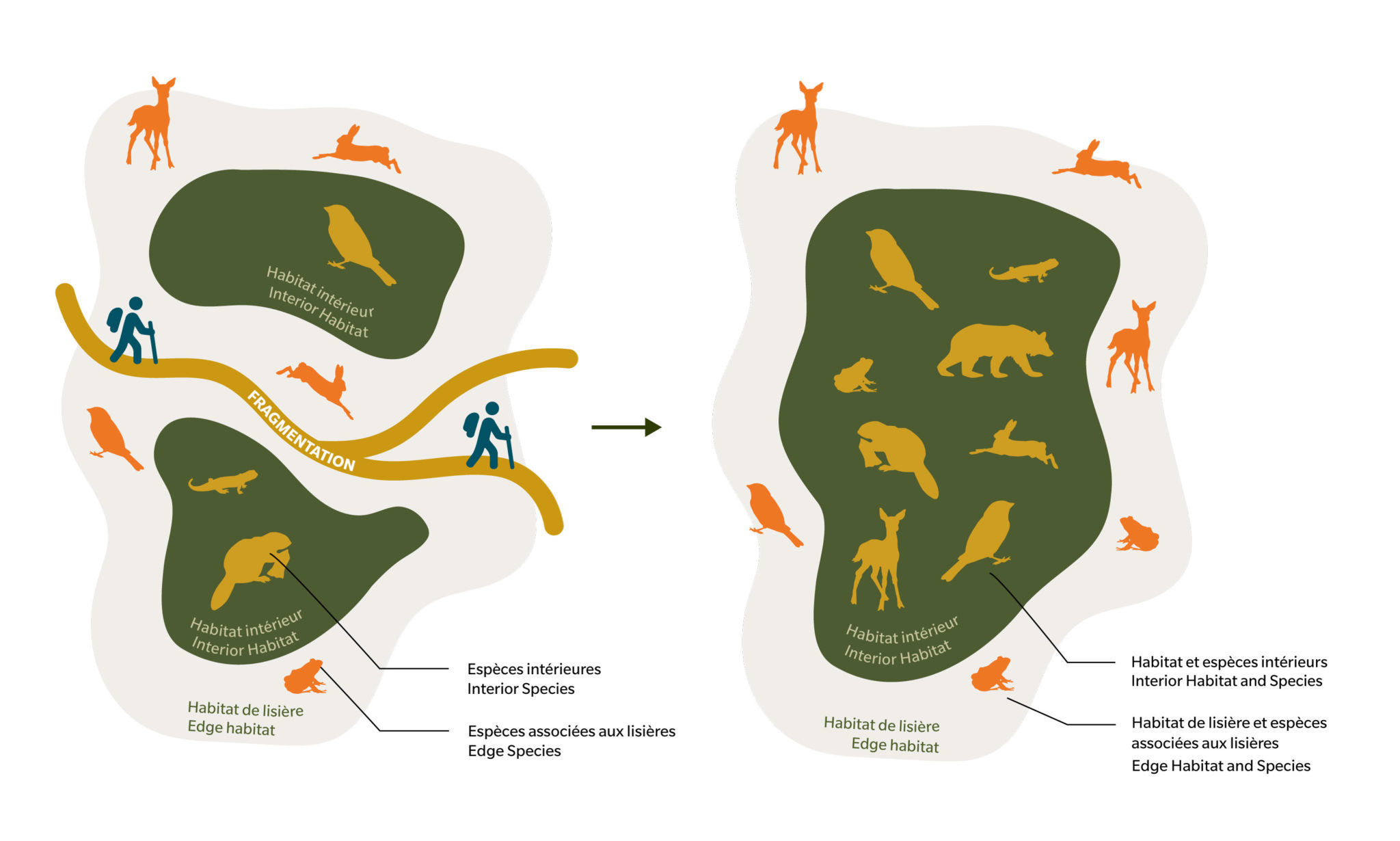