The 2019 edition of the Student Ideas Competition for Canada’s Capital was launched during winter 2018. Participants had until the beginning of May 2019 to present their submission.

The Capital Riverfront Challenge invited students from across the Canada to come up with ideas for one of two key riverfront parcels located by the Ottawa River:

Jacques-Cartier Park South is one of the major urban parks on Hull Island. It has large open spaces and wooded areas along the riverfront and is highly sought-after for events. It is also the site of a heritage building called the Charron House.

The challenge: Reinvigorate this urban park space at the heart of the Capital.

Weaving Boundaries provides a public space that resists easy categorization. It is at once a park, an urban plaza, a social space, a cultural amenity and a recreational urban armature. The intertwining of landscape and hardscape re-evaluates the parkscape and reflects upon the Canadian identity — a mosaic of multiculturalism and diversity. 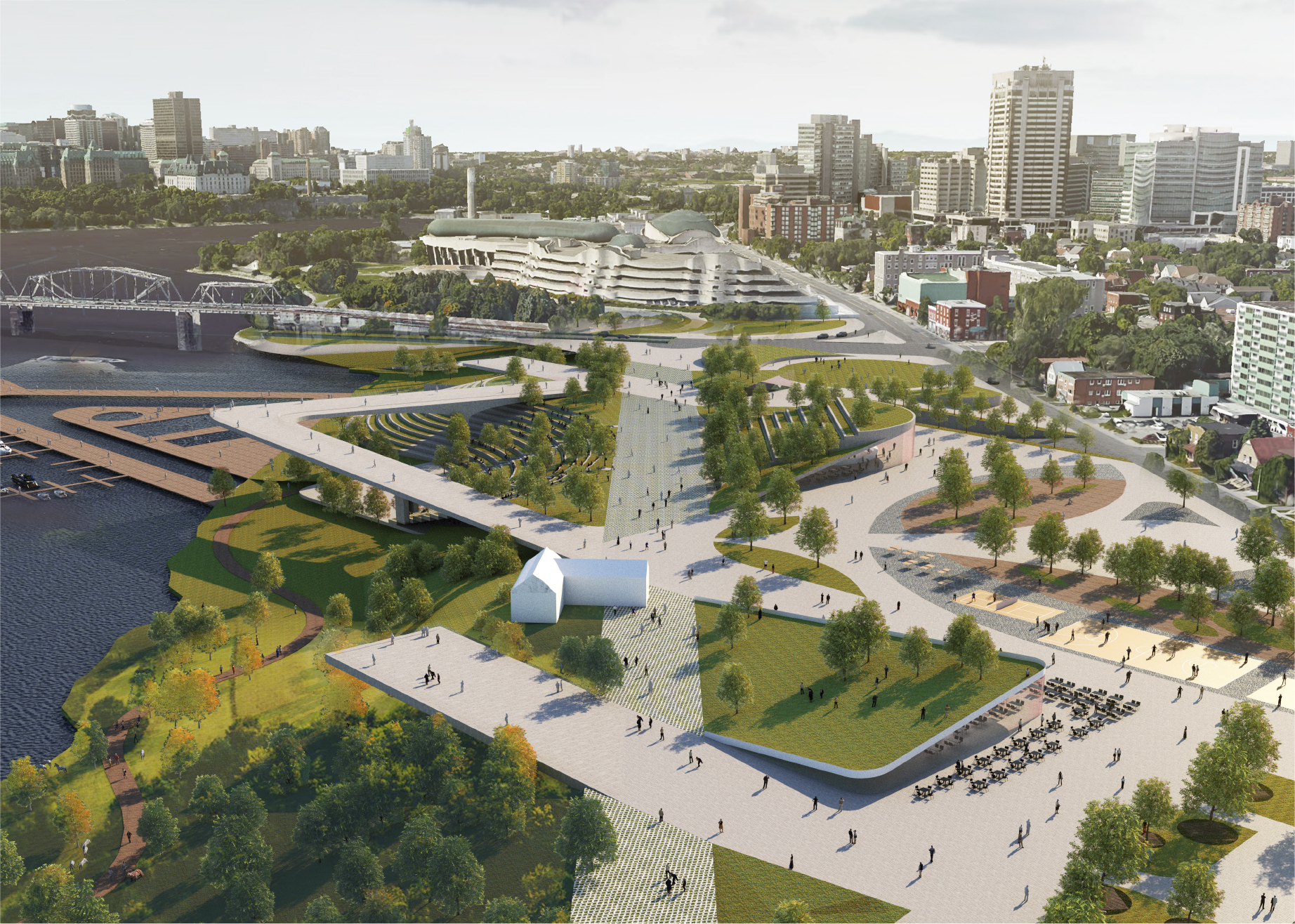 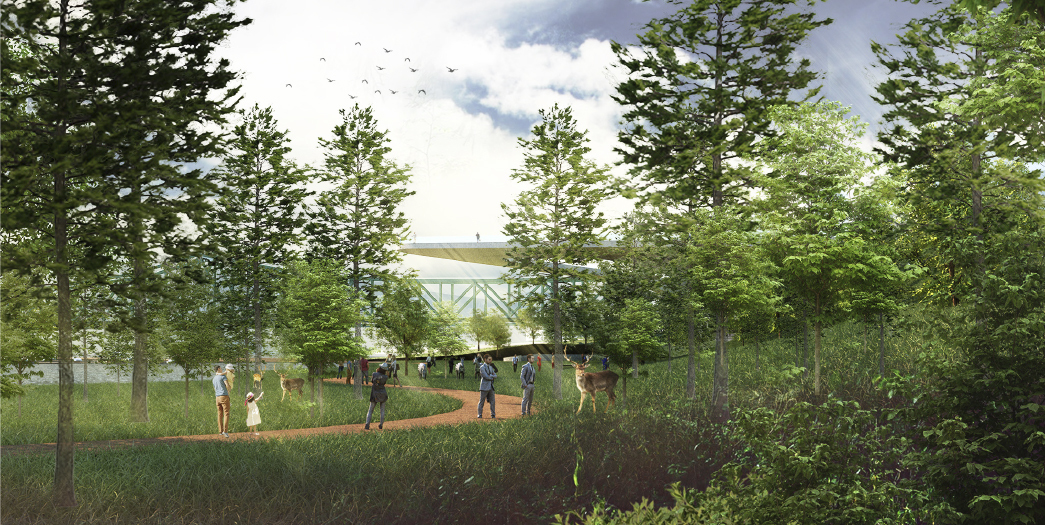 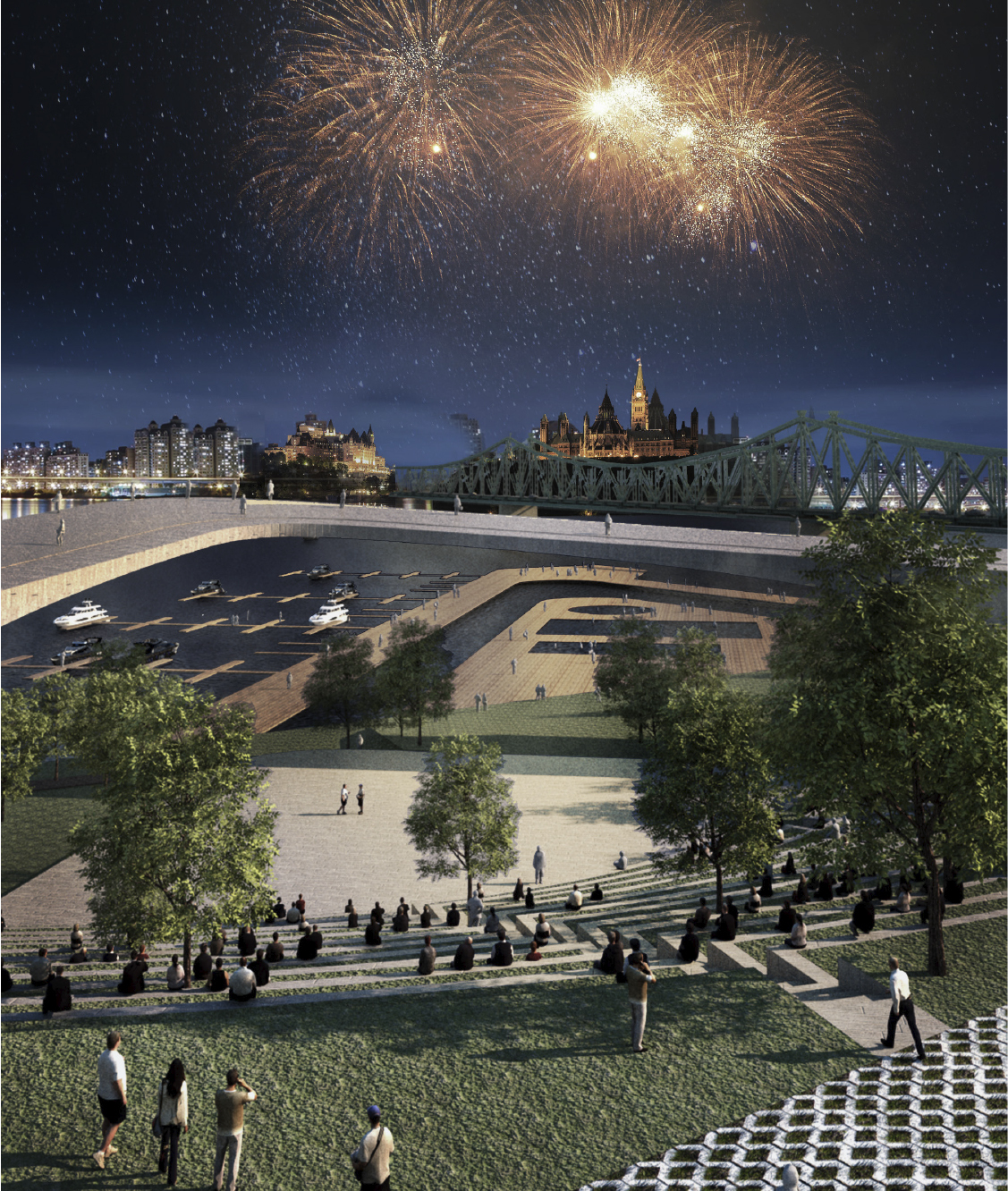 The Parkdale node is located in a section of the riverfront park that marks a transition from the urban character of the Capital core toward the more natural setting found at Mud Lake. A challenge in this area is that the parkway represents a barrier to safe access to the shoreline.

The challenge: Transform this space from a 1960s parkway on-ramp to a riverfront destination.

Fluvial is a public park inspired by the natural riparian forms and life along the Ottawa River. The fluidity of motion and juxtaposition between openness and enclosure are revolving themes central to the site composition. 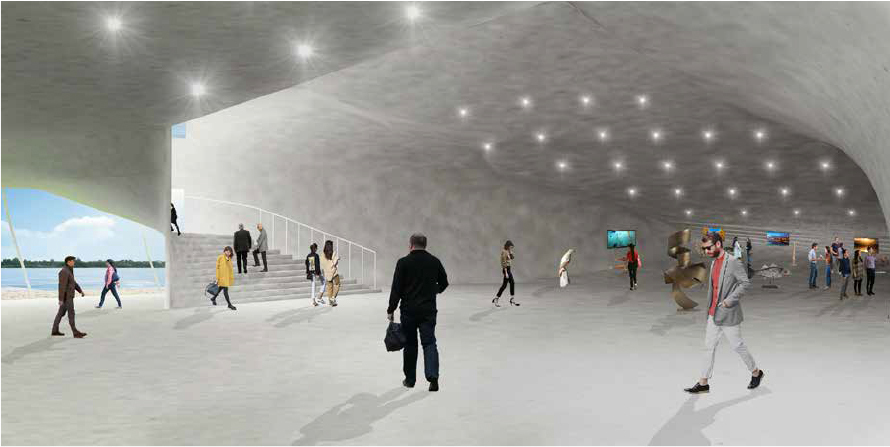 The following jury of interdisciplinary planning, design and site management professionals reviewed the submissions, and selected the competition winners:

Watch the team present their project