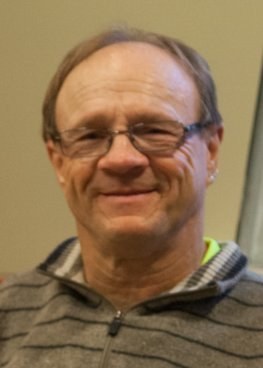 In October, my last term as vice-chair of the NCC’s Advisory Committee on Universal Accessibility will come to an end. By that time, I will have served nine years in the role, providing real-life experience and expertise in universal accessibility to the NCC.

A project that left a lasting impression on me is the remodelling of NCC-owned buildings along Sussex Drive. These needed several upgrades to be brought to code.

One of the buildings had a large ramp system that took a lot of space. When presenting to ACUA, the NCC project team initially suggested replacing them with key-operated chairlifts. However, we had concerns about that. It meant that people with disabilities would have to rely on someone else with a key to move around the building, which was questionable in terms of usability, independence and dignity.

We eventually got our point across, and the team went back to the drawing board. This has set an example for future projects: just because the standards are met doesn’t mean there is no room for improvement. Inclusivity needs to be all-encompassing.

We faced the same kind of issues later on with work at Rideau Hall. Once again, the first-hand experience of ACUA members helped remove barriers from public spaces for all Canadians.

ACUA and the NCC have come a long way. In 2018, almost seven years after the committee was created, accessibility made it to another important NCC committee: the Advisory Committee on Planning, Design and Realty (ACPDR).

ACPDR plays in the big leagues. It advises on major federal plans, policies and projects, some of which are not NCC-led. Having a seat at that table among other professionals and giving a voice to accessibility really made a difference. It was a significant step forward — this bridge between the two committees enriches discussions and exchanges in both.

I remember being in an ACPDR meeting where the chair said: “The days of inaccessibility approvals are over. It’s our policy, we have to do better.” That made me immensely proud.

As my time in ACUA draws to a close, I leave with the satisfaction of a job well done and the confidence that the committee will carry on its important work.

I hope that the NCC continues to lead by example and gives accessibility proper consideration at every step of the projects and plans it has an influence over. I also wish that ACUA gets to advise on more and more projects over time.

More broadly, I hope that the new Accessible Canada Act will bring a much-needed cultural change to the National Capital Region. To see this happen, the Act needs regulation and strong enforcement.

I’m not sure yet what my next challenge will be, but I know I won’t rest until accessibility is non-negotiable.