As far back as 9,000 years ago, Indigenous people inhabited the region. Nomadic peoples lingered here to portage and to exchange goods. Archaeological evidence shows that this region was a lively trade hub some 6,000 years ago.

Early uses of the land

At the time of the first contact with Europeans in the early 17th century, the Anishinabe lived in this area. Their descendants continue to occupy the region today. Although the first settlers of European origin hoped to live by farming the land, the area’s rocky soil was not suited to agriculture. They were forced to turn to resource-based activities instead: hunting, fishing and forestry.

The first steps toward the creation of a park

The beautification of the Capital began in 1884. Not all of the young nation’s prime ministers were satisfied with their capital. Canada’s seventh prime minister, Sir Wilfrid Laurier, challenged his government to improve what he deemed to be “not a handsome city.” And so began more than a century of federal city building.

The Great Depression of the 1930s forced pioneer families to find new economic activities. In particular, the cutting and selling of firewood conflicted with the recreational values held by those who vacationed in the area.

In 1938, the government acquired the first parcels of land in the Gatineau Hills, which began the creation of Gatineau Park. As a park, this green space no longer served for resource exploitation, but became an area valued for conservation and recreation.


In December 1949, the government acquired some 10,000 hectares (24,729 acres) of land. The northwestern section close to La Pêche was deemed to be the most interesting parcel of land because, according to the Federal District Commission, it was the most beautiful spot in the Park.

In 1950, with urban planner Jacques Gréber’s Plan for the National Capital, several enduring features of the Capital were created, among them, the Greenbelt and the scenic parkways.

Gatineau Park, the National Capital Region’s conservation park, is home to unique ecosystems, and a diversity of plants and animals. It covers an area of 361 square kilometres, and offers quality outdoor recreational experiences that are respectful of the natural environment.

Did you know? The Park features several cabins and shelters — all of which are affiliated with families who lived in the area we now call Gatineau Park.

For many years, Shilly Shally Lodge was the winter residence of photographer Rosemary Gilliat Eaton. Gilliat Eaton welcomed Park visitors into her home. Under her care, Shilly Shally became a popular Park destination and the host of many festivities, including an annual celebration of the coming of spring.

This cabin is the namesake of Stanley Healey, the first government caretaker of Harrington Lake (Lac Mousseau). Healey played an important role in the creation of the prime minister’s official country residence in the Park.

Herridge Lodge was built by the Caffertys, a family of Irish immigrants. However, its current name comes from its last private owner, William Duncan Herridge, an Ottawa lawyer and son-in-law to Prime Minister R.B. Bennett.

Keogan Lodge takes its name from the settlers who originally cleared the lot. The cabin itself was built by the Cliffside Ski Club in 1923 to serve as an overnight destination for club members.

The Renaud family settled in the Philippe Lake sector of the Park in the late 19th century. During the summers, they grew what crops they could on the infertile land, and supplemented their income during the winters with forestry work. This was a typical lifestyle led by people in the region at the time.

From 1982 to 1999, the Visitor Centre was located in the 1930s-era Harrison household on Chemin du Lac-Meech, just west of Kingsmere. It was replaced with its present-day counterpart during an initiative to renaturalize certain developed areas in the Park.

The Federal District Commission created an advisory subcommittee for Gatineau Park. The subcommittee, chaired by Roderick Percy Sparks until 1954, issued numerous opinions and reports, including a report on the master plan for the development of Gatineau Park (1952), which took up development proposals from previous reports, including parking lots, buildings, trails, reception areas and parkways. It also addressed the issue of privately owned properties in the Park.

A development plan, completed in 1968, laid down some guidelines for the use of the Park, with emphasis on its leisure and recreation functions, symbolic qualities and natural beauty. Development work continued to improve access and leisure facilities for Capital residents and visitors.

The Park covered an area of 35,650 hectares. A number of studies were carried out prior to preparation of the first master plan, adopted in 1980. The plan divided the Park into five sectors, each with a dominant function, and introduced conservation zones extending over 70 percent of the Park’s area, along with interpretation and recreation zones for the remainder.

When the NCC’s mission was extended in 1988, the 1980 plan was replaced by the 1990 plan, which introduced a number of strategic objectives designed to enhance the Park’s visibility and recreational contribution. In 1994, the NCC acquired the Meech Creek Valley, bringing the Park’s total area to 36,131 hectares.

The Plan for Canada’s Capital designates the Park as a Category II natural heritage area which is protected and managed primarily to preserve its ecosystems, and then as a place of recreation, where natural processes must be allowed to take precedence, and restoration of the natural heritage is encouraged.

Since planning for the Park began, three key principles have consistently remained at the forefront: conservation, recreation and interpretation.

By the 1930s, large-scale logging activity had almost drawn to a close, but there was a growing demand for firewood. The Great Depression of the 1930s increased this demand, as cutting firewood was a good source of income. Farmers from Meech Lake, Harringon Lake, near Black Lake and along parts of the escarpment were cutting so much hardwood that it was making a significant impact on the landscape. Skiers and hikers were up in arms. This led to the creation of the Federal Woodlands Preservation League in 1934. Indeed, within the Ottawa Ski Club, there was a committee created to work with the organization. The club owned only about 300 acres and had members skiing on many private lands.

In 1961, the picnic area at Philippe Lake became accessible by car via a paved road. The following year, the first buildings were constructed to welcome campers to the lake. It was the first year that visitors were charged fees to camp at developed sites.

The Pink Lake and Kingsmere sections of the Gatineau Parkway, in Gatineau Park, were officially opened by the Right Honourable John G. Diefenbaker on October 2, 1959. A new extension was thereby made available to the public for their enjoyment of the natural beauty of the Park. The vista at the lookout is one of outstanding natural beauty, and, on a clear day, one can see as far as 40 miles to the southwest.

The project involves some 100 kilometres of existing unofficial trails in Gatineau Park, and will be implemented over a period of four years. These trails were chosen because of user preference and the quality of the experience that they offer, as well as the fact that they will have a minimal environmental impact. They will become part of the official network of trails in the Park, will be indicated on the trail maps and will have their own signage.
This popular destination was given a makeover around 1988. With the aim of protecting nature, the NCC undertook the rehabilitation of the trail and shoreline at Pink Lake. Visitors can now explore the lake on a path that features several lookout points.

Some 50 access permits for scientific research are issued each year. The reports provided by the researchers help NCC managers and biologists to plan the protection of species at risk, such as the Blanding’s turtle and least bittern, as well as fragile habitats like Pink Lake. For example, Gatineau Park providesp habitat and protection for part of Quebec’s only known Blanding’s turtle population. This species is particularly vulnerable to road mortality during the spring nesting season, as well as during the hatching period in the late summer and fall.

The long-term goal is to improve knowledge about bats’ use of the area and to monitor population trends. Solid knowledge of populations of bat species at risk and where they can be found enables researchers to do the following: a) to identify management practices for the protection of these species and their habitats during project planning, and b) to establish effective measures to reduce the potential environmental impacts on bats and their habitats.

Last summer, several participants in the Citizen Science program in Gatineau Park studied populations of loons, anurans and monarch butterflies. The season ended with a working bee to remove a species of invasive alien plant.

The Mackenzie King Estate is a special place where you can spend the entire day enjoying nature. From the moment you enter the Estate, you will feel as though you have been taken back to the early 1900s. Enjoy a quiet walk on the wooded paths, or listen to the story of the Estate as told by one of our guide-interpreters.

The Friends of Gatineau Park is a non-profit organization founded in 1999 whose mission is to foster understanding, appreciation and protection of the Park's natural and cultural heritage.

Every year, Gatineau Park organizes about 30 guided snowshoe hikes for people who are spending their first winter in Canada. Over 7,000 new Canadians have taken part since the program for new Canadians first began.

General-interest guided tours are offered year-round at different locations in the Park. In the summer, we have various-themed programs at the Philippe Lake campground. In the fall, visitors come to enjoy Fall Rhapsody. In the winter, we offer snowshoe hikes on weekends. All activities are free. 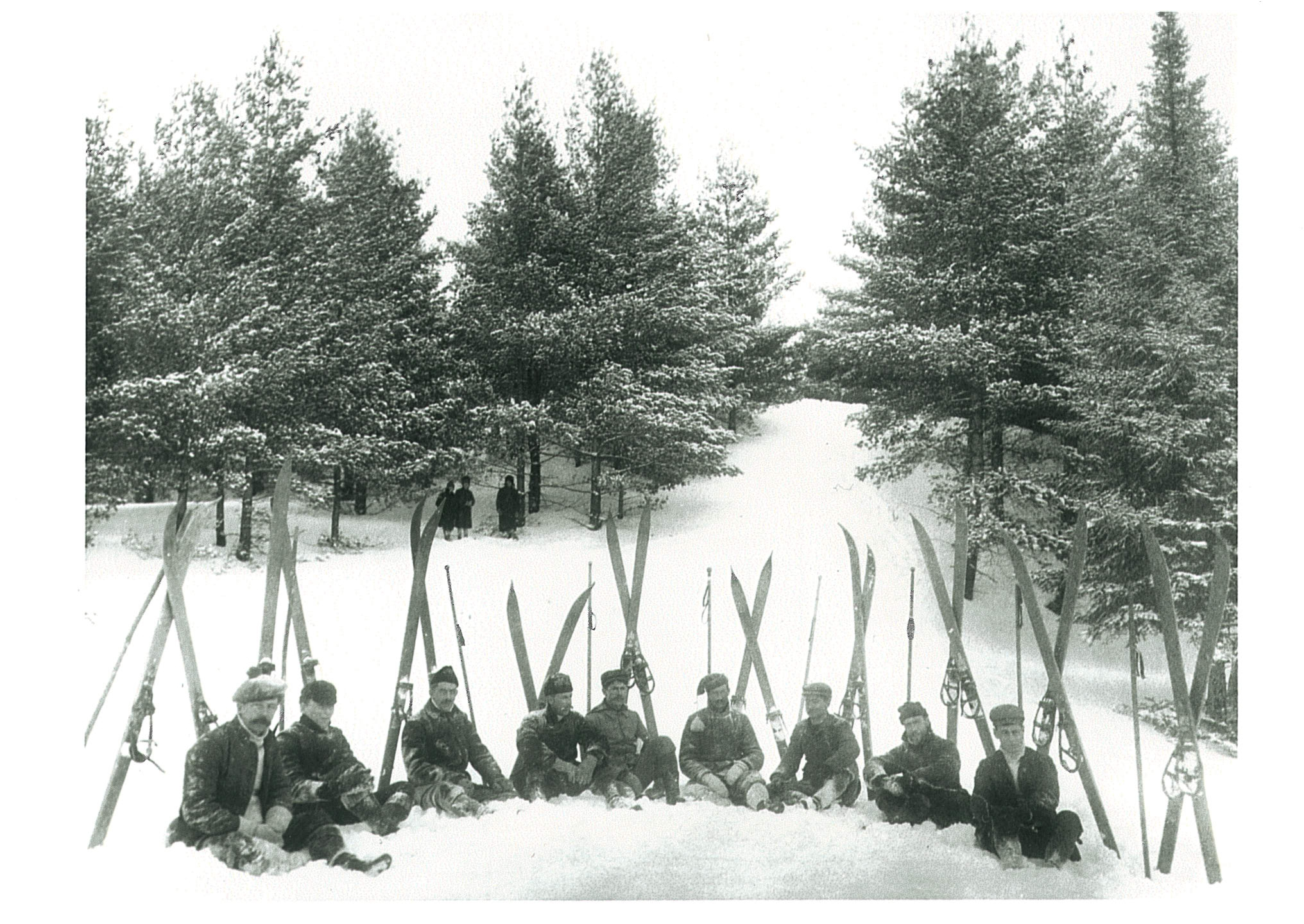 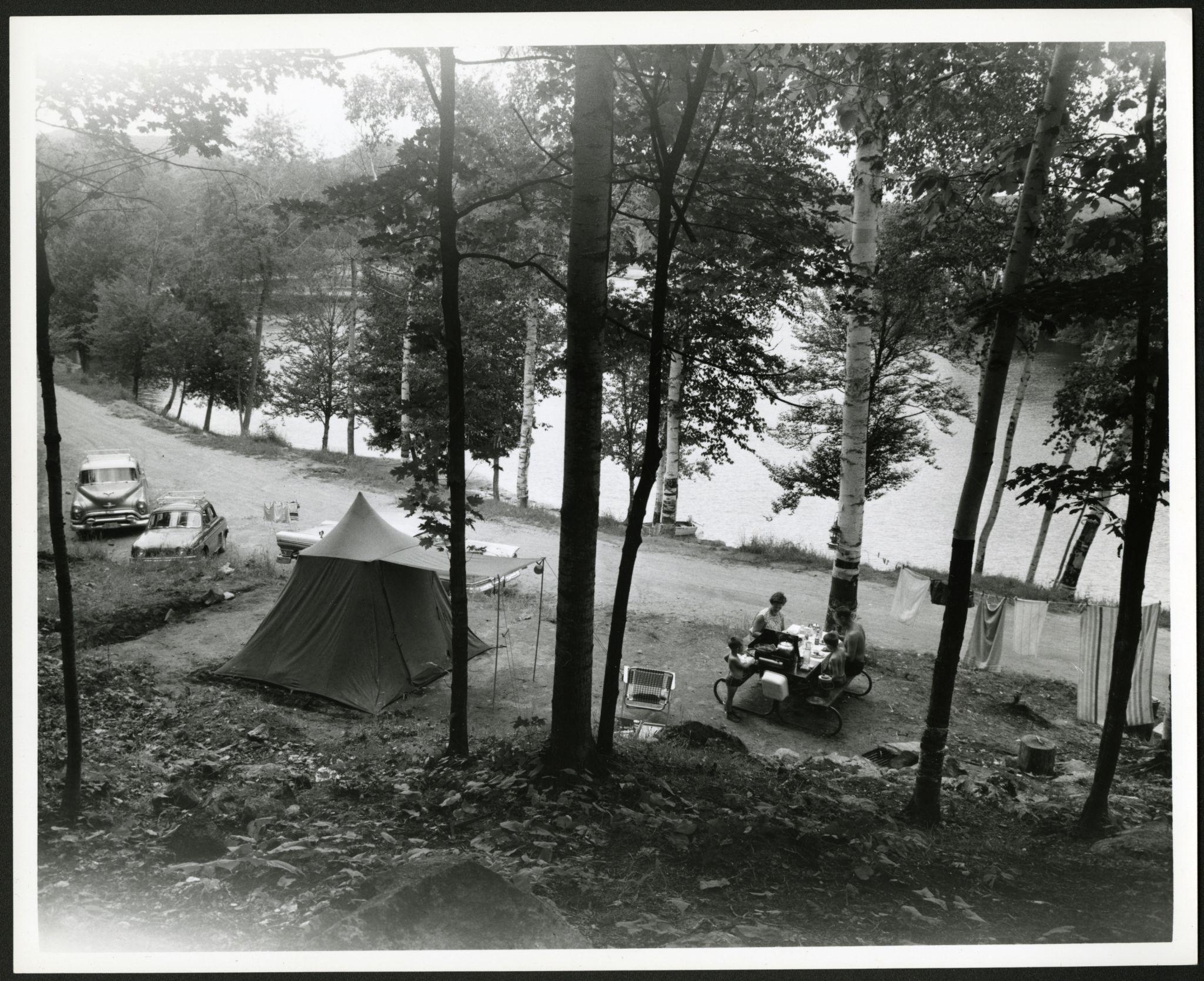 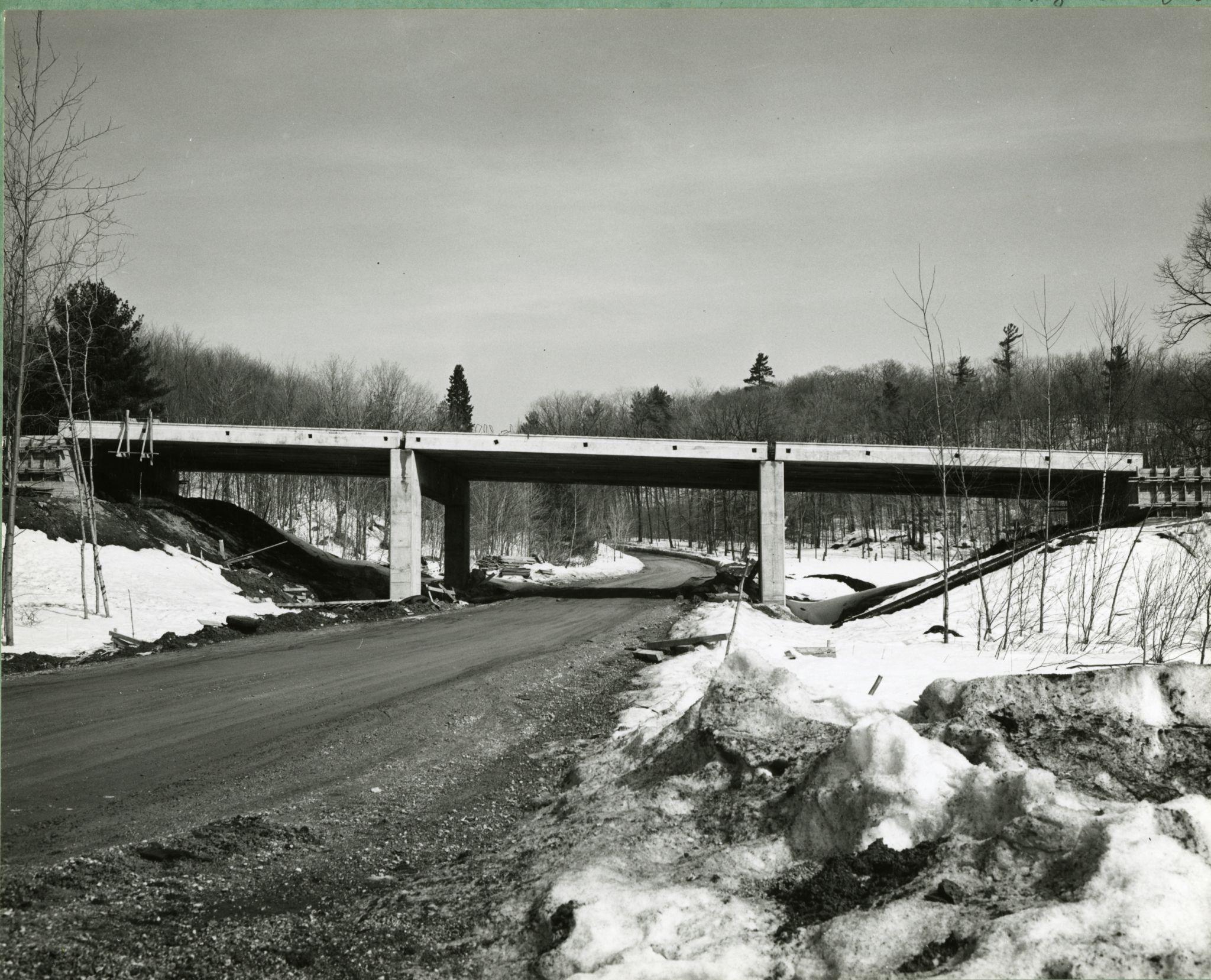 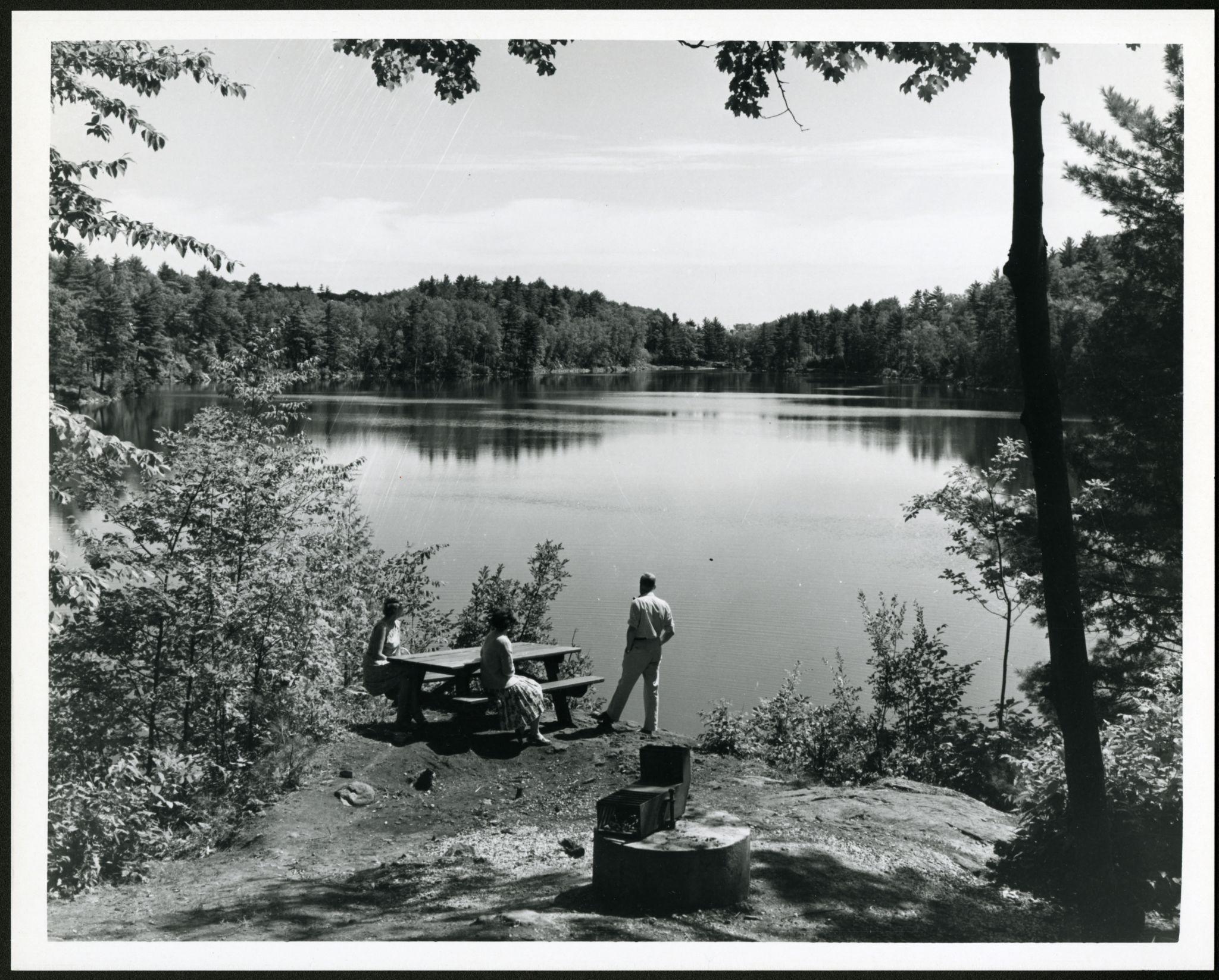 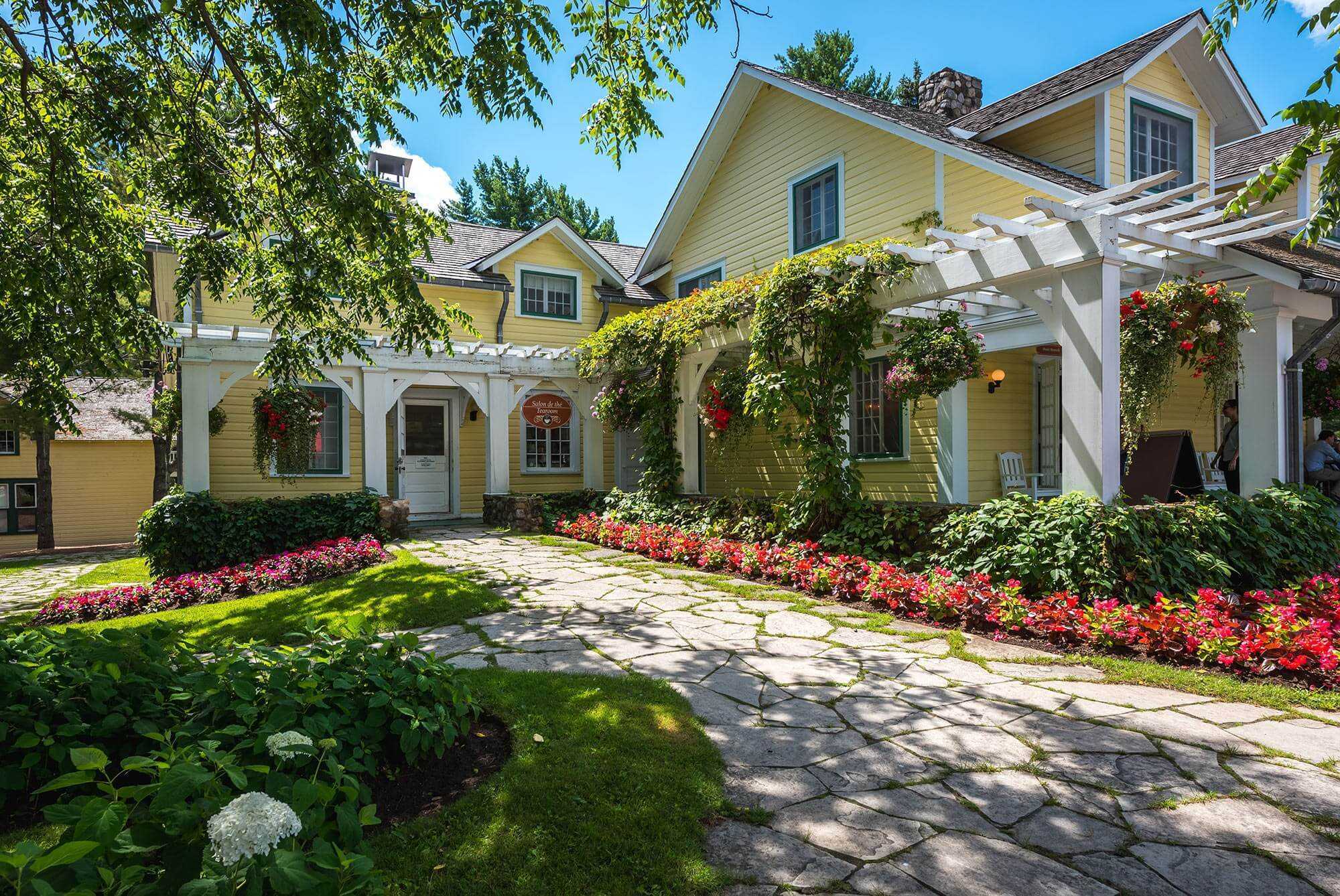 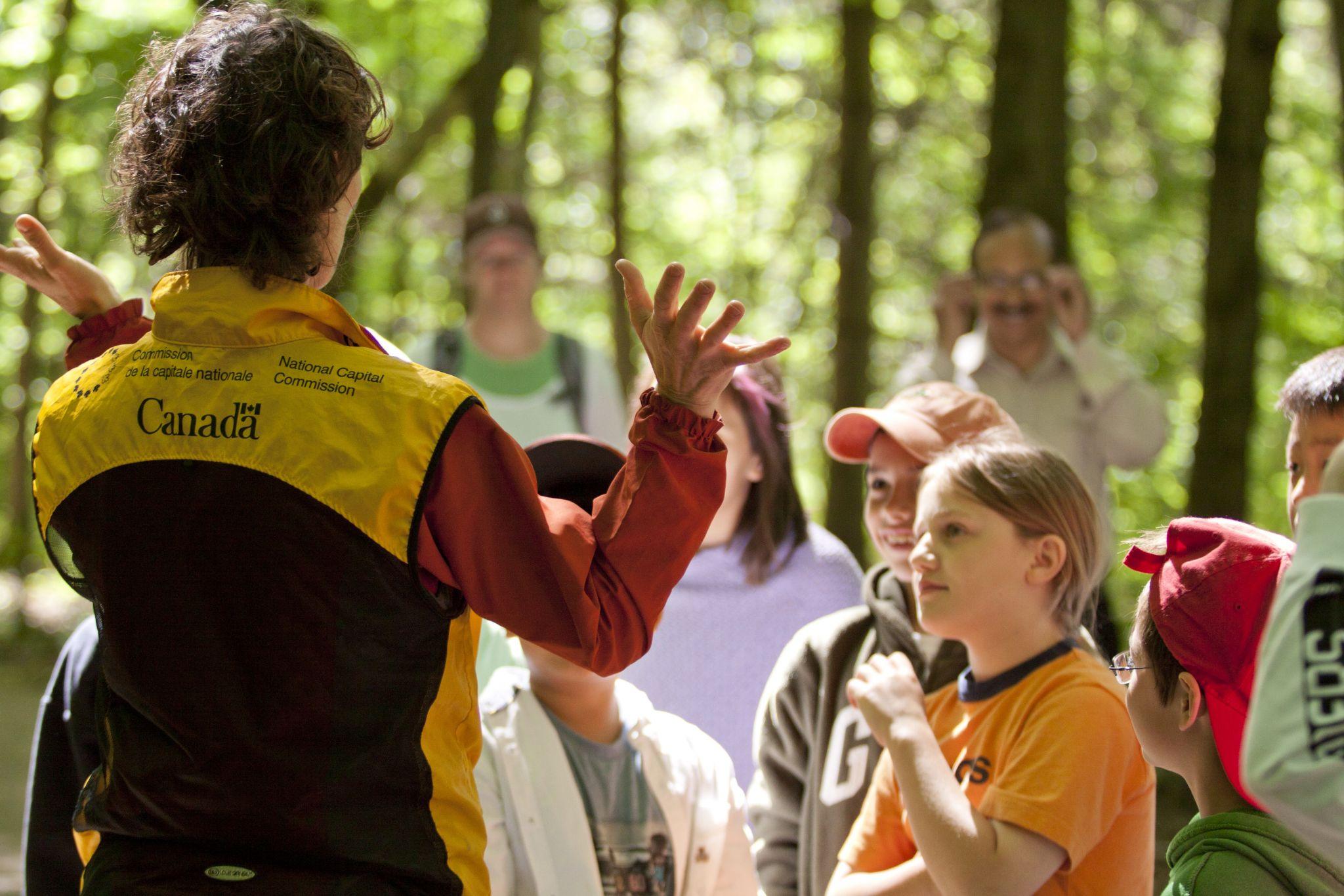 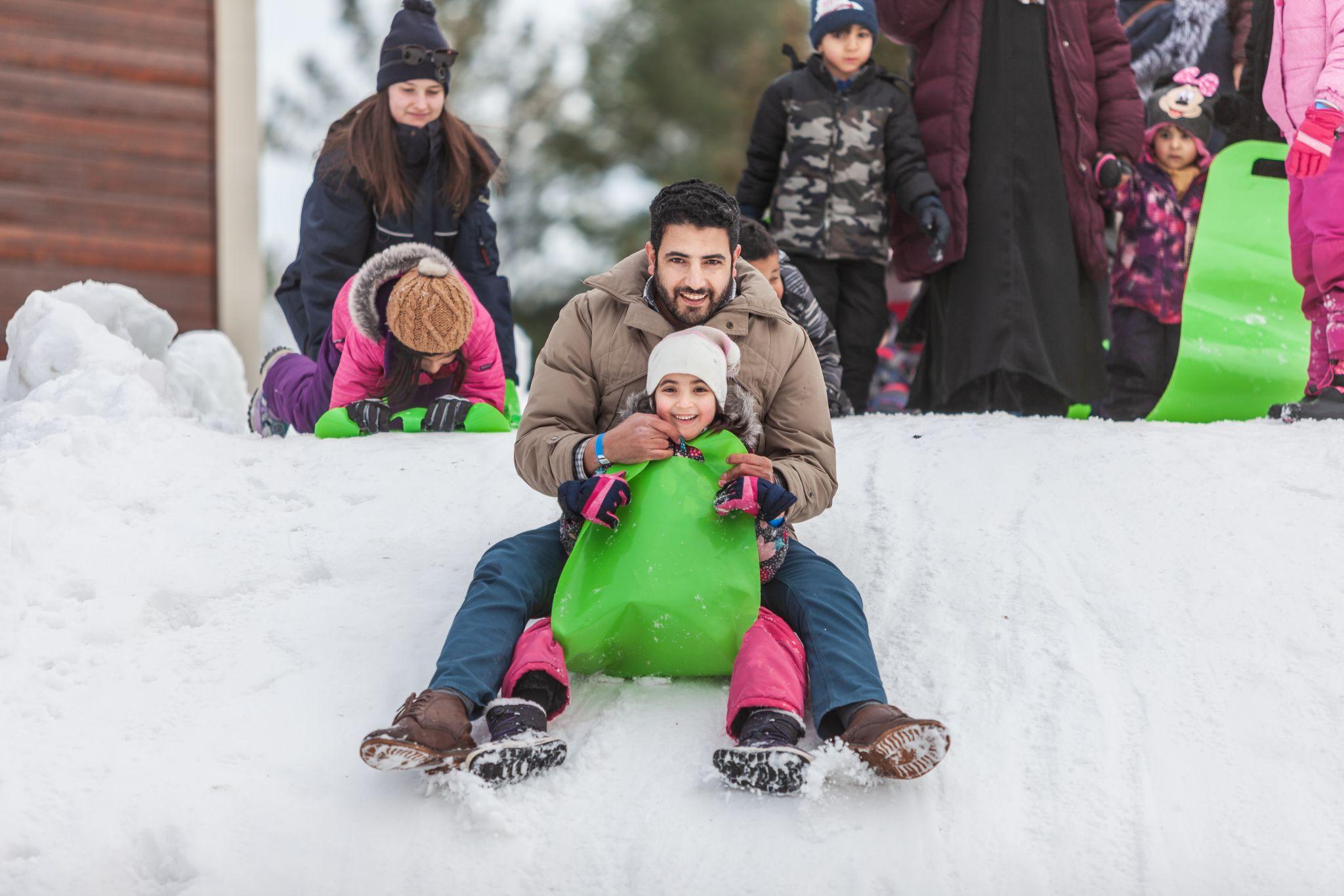 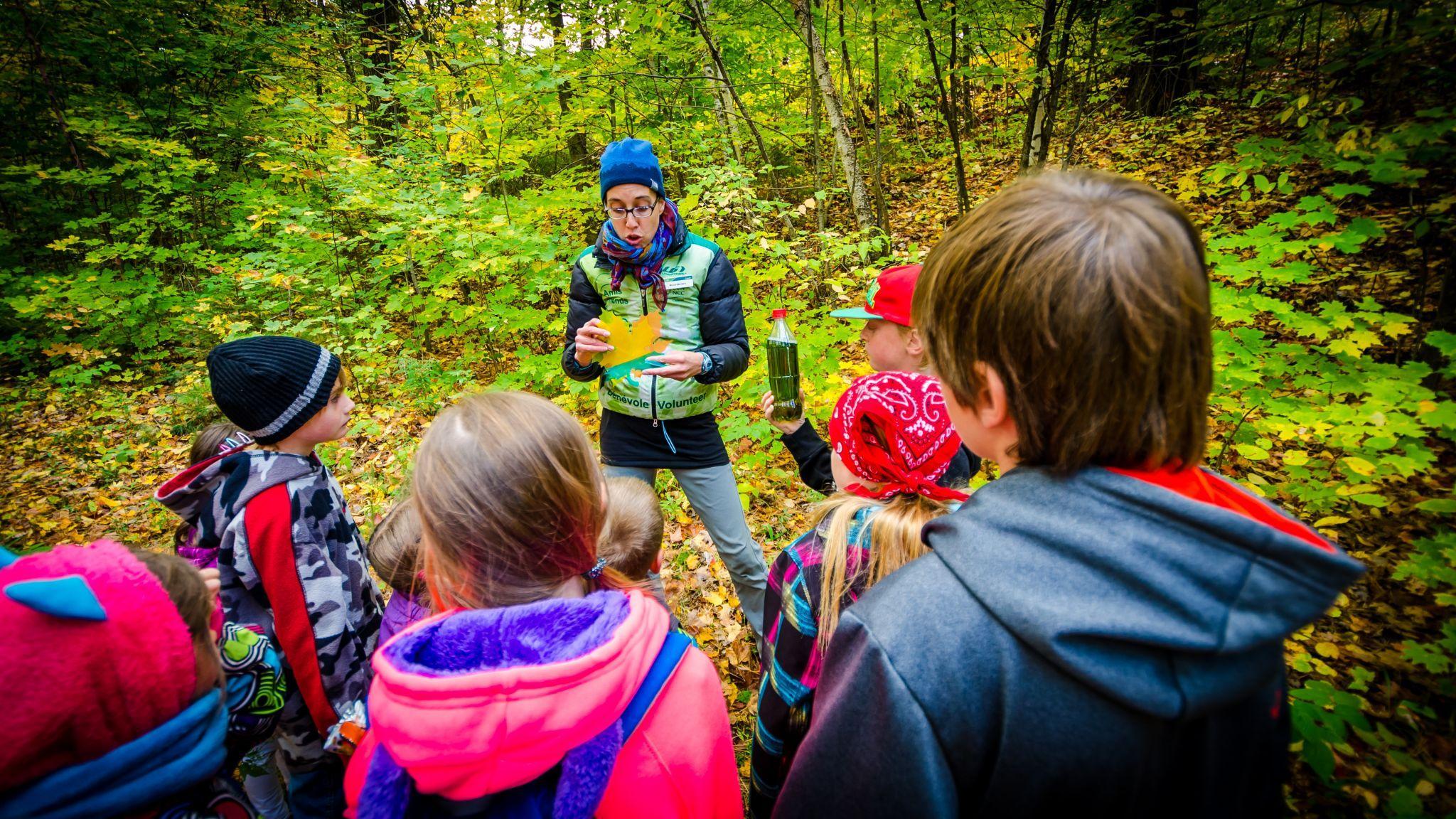