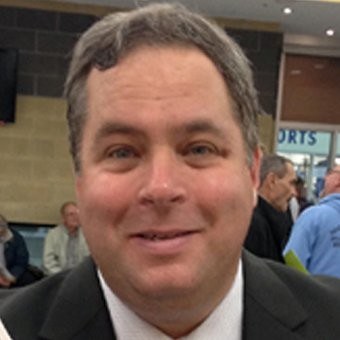 In celebration of the 75th anniversary of the liberation of the Netherlands, bright orange Liberation75 tulips will flourish in Canada’s Capital in the spring of 2020. To prepare for their arrival, a ceremonial planting was held in Commissioners Park today.

National Capital Commission Chief Executive Officer Tobi Nussbaum welcomed Don White, a Canadian Second World War veteran who participated in the 1945 liberation of the Netherlands, and was presented with a box of Liberation75 tulip bulbs by Her Royal Highness Princess Margriet of the Netherlands last month. The gift box represents the repeat of the 1945 post-war gift from the Dutch Royal Family who gave the original donation of tulip bulbs to Canada as a token of its appreciation for Canada’s role in liberating the Netherlands from Nazi Germany, and for hosting members of the royal family during the war.

“The people of the Netherlands will never forget the liberation 75 years ago and we are very grateful to join the National Capital Commission and the Canadian Tulip Festival in a program that should engage all of Canada in remembering the struggles, sacrifices and joys of that occasion. I am proud and honoured that Canadian veteran Mr. Don White and his family, as well as high school students from St. Joseph Catholic High School and St. Mark Catholic High School were able to join us today. Some 1,100 schools across Canada have received 75 of the Liberation75 tulip bulbs, along with an education guide to contextualize the historical significance of Canada’s role in liberating the Netherlands and providing our Royal Family with a safe haven. It is important we never forget.”
— His Excellency Henk van der Zwan, Ambassador of the Kingdom of the Netherlands

“These beautiful gifts of gratitude of the Dutch royal family and the people of the Netherlands, have bloomed to become the central attraction of springtime in Canada’s Capital. As the official gardener of Canada’s Capital, the National Capital Commission will showcase the Liberation75 with pride.”
— Tobi Nussbaum, Chief Executive Officer, National Capital Commission

“The Canadian Tulip Festival is delighted to be working on the 1.1 million bulb Liberation75 commemorative planting campaign with the National Capital Commission and other supportive partners. Seeing Princess Margriet hand the first of our Liberation75 tulip bulbs to Second World War veteran Don White in Apeldoorn was a moving experience. And now to have Mr. White with us to present this symbolic royal gift to the National Capital Commission for planting is a gesture full of meaning for those familiar with the stories that led to the end of the Second World War and the beginning of Canada’s tulip tradition.”
— Grant Hooker, President and Chair, Canadian Tulip Festival