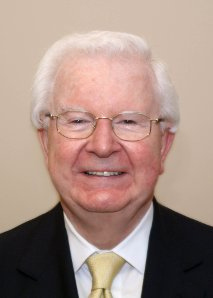 Dr. Alway is currently serving his third term as chair of the Historic Sites and Monuments Board of Canada. He is also president of the Pontifical Institute of Mediaeval Studies, and is chair of the C.D. Howe Memorial Foundation. He has served the boards of several voluntary associations, as well as a number of national cultural boards and advisory committees. Dr. Alway was a member of the board of trustees of the National Museums of Canada from 1979 to 1986, and has served as chair of the National Gallery of Canada, as well as chair and CEO of the Ontario Heritage Foundation. Dr. Alway was a broadcast commentator for 10 years, publisher of The Catholic Register for two years and a member of the advisory board for communications firm Quebecor Ontario, from 2005 to 2007. Dr. Alway has been recognized with several honours, including Member of the Order of Canada in 1989, and Officer of the Order of Canada in 1998. He was invested into the Order of Ontario in 2001. He holds two graduate degrees in modern history from the University of Toronto.