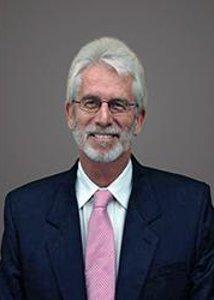 Paul Bedford is a member and fellow of the Canadian Institute of Planners, with 45 years of experience in urban planning. As Toronto’s chief city planner for eight years, he championed numerous innovative planning strategies with Jane Jacobs for the King–Spadina and King–Parliament districts, a new city-wide official plan, and a principles plan for the central waterfront, called “Making Waves,” which was the basis for the creation of Waterfront Toronto. He served eight mayors over his 31-year career at the City of Toronto. Since his retirement, he was appointed adjunct professor of Urban and Regional Planning at the University of Toronto and Ryerson University. He serves on the National Capital Commission’s Advisory Committee on Planning, Design and Realty, the Waterfront Toronto Design Review Panel, the University of Toronto Design Review Panel, and he is a senior associate of the Canadian Urban Institute. He is also a member of the advisory board for 8 80 Cities and the Ryerson City Building Institute. He served two terms on the Metrolinx board of directors, and was appointed vice-chair of the Ontario Transit Investment Strategy Advisory Panel. He is passionate about Toronto, and is actively involved in the life of the city.