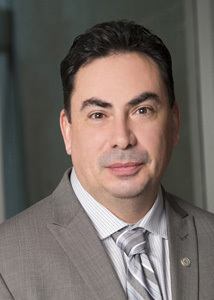 Norm Odjick has been director general of the Algonquin Anishinabeg Nation Tribal Council since 2004. The council delivers technical and advisory services to six Algonquin communities in Quebec, and Norm is responsible for the management of all operations within the organization. Prior to accepting this position, he served three years as the assistant community services director for Kitigan Zibi. He is currently president of the Board of Directors of the Native Benefits Plan (the largest self-directed Native pension plan in Canada) and Investment Committee. He is one of the founders of the Maniwaki Native Friendship Centre, and has been the president of the board since its inception. Norm serves as a member of the Executive Committee of the First Nations Executive Directors of Quebec. In the past, he served on the board of directors of the Caisse populaire Desjardins de la Haute-Gatineau for a period of 10 years, and as the national co-chair of the First Nations Police Governance Authorities. Norm holds a bachelor’s degree in Social Science from the University of Ottawa, and a master’s level certificate in Public Administration from the École nationale d’administration publique.