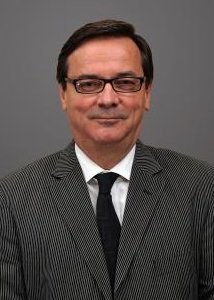 Marc Letellier is an architect with over 40 years’ experience. He is a partner of the firm Gagnon, Letellier, Cyr, Ricard, Mathieu et Associés, architectes (GLCRM), which has received numerous awards and recognitions for excellence in architecture (from a range of municipal, provincial and international organizations). Mr. Letellier is responsible for GLCRM’s financial management, in addition to fulfilling the roles of senior designer and project manager for many projects. He has participated in most of the firm’s major projects, with a total capital cost of close to $2 billion to his credit. Among GLCRM’s recent projects is the Quebec Scientific Centre’s new hall and renovations, which won the Prix d’excellence de la Ville de Québec and the 2013 Building Owners and Managers Association Prize in the renovated building category; the ferry terminal in Lévis; the new multifunctional amphitheatre in Québec City; and the Canadian Museum of Nature in Ottawa. In addition to his membership with several professional associations, Mr. Letellier has been active in many other capacities: as member of the board of directors of the Commission de la capitale nationale du Québec (2005–2010), member of the board of directors of the National Capital Commission (1995–2002), and as president and vice-president of the Association des architectes en pratique privée du Québec. Marc Letellier holds a bachelor’s degree in Architecture from Université Laval, and has been a member of the NCC’s Advisory Committee on Planning, Design and Realty since 1996.