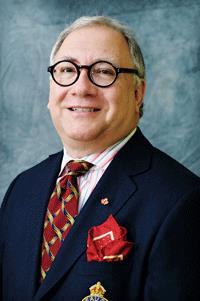 Based in Ottawa, Harvey Allan Slack brings more than three decades of experience working on the Canadian arts and culture scene. To date, he has served on more than 30 arts, culture and health organizations. He was with the National Museums of Canada for 20 years, and was executive director at the Canadiana Fund for 17 years. He also served on the Board of Trustees of the Canadian Museum of Civilization and the Canadian War Museum from 2003 to 2009. He retired from the Government of Canada in 2010. Mr. Slack was appointed to the Ontario Arts Council Board of Directors in May 2009, and reappointed for three years in May 2012 and again in 2015 for three years. He served on the Special Events Committee of the Rideau Club for three years from 2015 to 2018, and is currently a governor of the Kehillat Beth Israel Synagogue. In January 2019, he was named to the Board of the Ottawa Public Library for a term of four years. Mr. Slack has received many distinctions, over the years. In 1993, he received a citation from United Way Centraide for outstanding community participation in the federal public service. In 1995, the Sisters of Charity of Ottawa Health Service awarded him a certificate in recognition of his exceptional contributions. Mr. Slack is also a recipient of the Governor General’s Medal for the 125th anniversary of the Confederation of Canada. In 2002, he was awarded the Queen Elizabeth II Golden Jubilee Medal for volunteer contribution to the community and, in 2012, he received the Queen Elizabeth II Diamond Jubilee Medal. He was executive director emeritus for the Canadiana Fund from February 2015 to December 2018 and, in January 2019, he was appointed member of the Canadiana Fund. Harvey Slack holds a Bachelor of Arts from Carleton University.