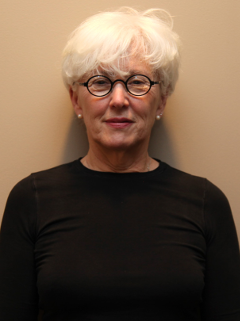 Dorothy Stern is an educator, designer, architect and planner with an interest in gender and domesticity, vernacular housing, and the theory and philosophy of design. She is currently a professor at the Algonquin College School of Media and Design, where she has taught for the past 20 years. Prior to becoming a full-time educator, Dorothy practised as an interior designer, working primarily for the Hudson’s Bay Company in Toronto, and as an urban designer, working for the Metro Toronto Planning Department, as well as overseas, for David Best Architect and Town Planner in Tel Aviv, Israel. She has also worked in London, United Kingdom, as an exhibit designer for the Architectural Association School of Architecture. Dorothy began her career as an educator in the interior design faculty of Humber College in Toronto in 1984. At Algonquin College, she has been instrumental in spearheading the interior design program’s accreditation with the Council for Interior Design Accreditation (CIDA), and its transformation from a diploma program to a four-year Bachelor of Interior Design program. She has twice been recognized with awards for excellence in teaching by the Algonquin College Students Association. She is a CIDA site visitor, a member of the Association of Registered Interior Designers of Ontario, Interior Designers of Canada and the Interior Design Educators Council. She holds a Bachelor of Interior Design (1972) from the University of Manitoba, a Master in Environmental Studies (1978) from York University and a Master of Architecture (2010) from McGill University.