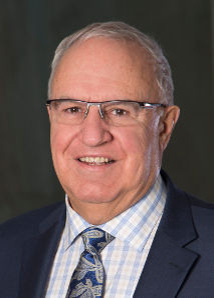 Denis B. Vaillancourt has worked in the field of education for over 40 years. Over the course of his extensive career in the Franco-Ontarian school system, he has worked as teacher, principal, superintendent of education and director of education, as well as serving as assistant deputy minister of education for the Ontario Ministry of Education. He has provided management and education consulting services, for the Conseil ontarien des directions de l’éducation, the Ministry of Education (as senior associate of Parker Management Consultants Inc.) and Ontario’s Institute for Education Leadership. Until June 2018, he chaired on the Comité tripartite pour l’éducation en langue française en situation minoritaire au Canada. He has been involved with Centraide / United Way Prescott-Russell since 2015, and is currently a member of the board of directors of Centraide / United Way East Ontario. He previously served as member and chair of the board of directors of the Réseau des services de santé en français de l’Est de l’Ontario and chair of the Assemblée de la francophonie de l’Ontario from 2010 to 2016 and a member of the board of directors of the Fédération des communautés francophones et acadiennes (FCFA). In October 2021, he was appointed to a three-year term on the French Language Health Services Advisory Council by the Ontario Minister of Health and Long-Term Care. Denis’s community involvement earned him the Ordre de la Francophonie de Prescott et Russell in 2018 and, in 2012, he received the Queen Elizabeth II Diamond Jubilee Medal. In 2014, he was recognized with the grade of Knight of the Ordre de la Pléiade awarded by the Parliamentary Assembly of La Francophonie. And, in 2015, he was recognized by the Compagnie des Cent-Associés francophones for his exceptional contribution to the Canadian Francophonie. Denis B. Vaillancourt holds a bachelor’s degree and a master’s degree in Education Administration from the University of Ottawa.