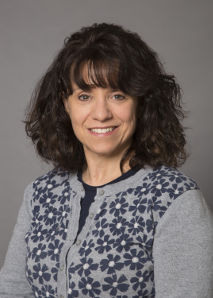 Collinda Joseph has over 30 years’ experience working in the area of accessibility for the built environment. She currently provides her built environment expertise in her work on Employment and Social Development Canada’s Accessibility Task Team, which is responsible for creating federal accessibility legislation. Prior to that, she worked as a technical advisor with the National Research Council Canada, where she was involved with the development and enhancement of accessibility elements within the national model building code. From 2003 to 2007, she worked as a senior researcher at Canada Mortgage and Housing Corporation, focusing on housing options for Canadians with disabilities. Collinda Joseph has also been involved as a volunteer on several committees involved in accessibility. Since 2002, she has been a member of the Canadian Standards Association B-651 Technical Committee on Accessibility of the Built Environment, and she is currently a board member (since September 2015) of the Abilities Centre Ottawa and, as of October 2016, a Global Alliance on Accessible Technologies and Environments (GAATES) board member. Previously, she was a member of the Consumer Advisory Committee at The Ottawa Hospital Rehabilitation Centre and a member of the Government of Ontario’s Built Environment Standards Development Committee. She served as an external board member for the Algonquin College Board of Directors (1995–2001) and as co-chair of the Celebration of People Steering Committee (2003–2007) and, in 2014, received that organization’s Community Leader Award in Memory of Cathy Kerr. In 2010, she received the Human Resources and Skills Development Canada Deputy Minister’s Award for Outstanding Achievement in Excellence in Service to Canadians. In 2013, she received the Queen Elizabeth II Diamond Jubilee Medal. Collinda Joseph is a graduate of Political Science at Carleton University and Public Relations at Algonquin College.