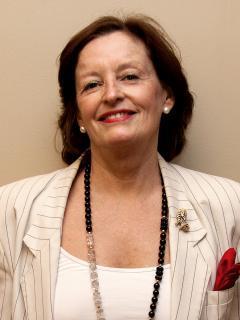 Anne Fotheringham is a Toronto-based private art dealer, who specializes in Group of Seven, modern art, 1920s and ’30s Canadian artists, as well as young Canadian artists. In 1978, she established Libby’s of Toronto Art Gallery, which she ran for over 20 years. She is also the founder of the Libby Memorial Lecture at The McMichael Canadian Art Collection. Anne has served as a director or member with various organizations and committees, including the Canadian Hearing Society Foundation, Bridgepoint Health Centre’s Fundraising Committee, University of Ontario Institute of Technology’s Art Committee and the Empire Club of Canada (which, over the years, has hosted renowned speakers such as Winston Churchill, Margaret Mead, the Dalai Lama, Bill Gates, Roberta Bondar, Margaret Thatcher and many others). Anne also has a great deal of fundraising experience for many organizations, including Peel Memorial Hospital, United Way, the Canadian Mental Health Association, Rotary Club, Multiple Sclerosis Society of Canada and The Canadian Hearing Society. Anne Fotheringham has a Bachelor of Commerce from the University of Toronto. She was on the board of the Canadiana Foundation from 2003 to 2012, and became a member of the Canadiana Fund on October 15, 2012.