Storm recovery: The latest updates
You are here:
Portageurs Park is located in Gatineau on the north shore of the Ottawa River between the Chaudières Dam and Lemieux Island. The park’s name comes from the word “portage,” which refers to the practice of carrying a canoe and equipment over land. A portage can also refer to the route people take as they carry these items between bodies of water.

In addition to the historic portage, this unique park setting contains other natural, artistic and industrial features. Ruisseau de la Brasserie (Brewery Creek) flows through the park and into the Ottawa River, and the Chaudières Dam is visible from the park site.

Two public art installations also feature prominently in Portageurs Park. In the eastern end of the park, stop and admire the impressive Boat Sightsculpture, created by artist John McEwen. In the western end, take in Three Forms by the Sea, by artist Pierre Bourgault.

A bit north of Three Forms by the Sea, you can also find three steel pipes sticking out of the ground. Recovered in 1977 during an excavation to create the nearby Laurier Park, they were originally used by the E.B. Eddy Company, a paper manufacturer, in the pulp processing plant. The pipes were later installed here in Portageurs Park as a unique reminder of the area’s industrial history. 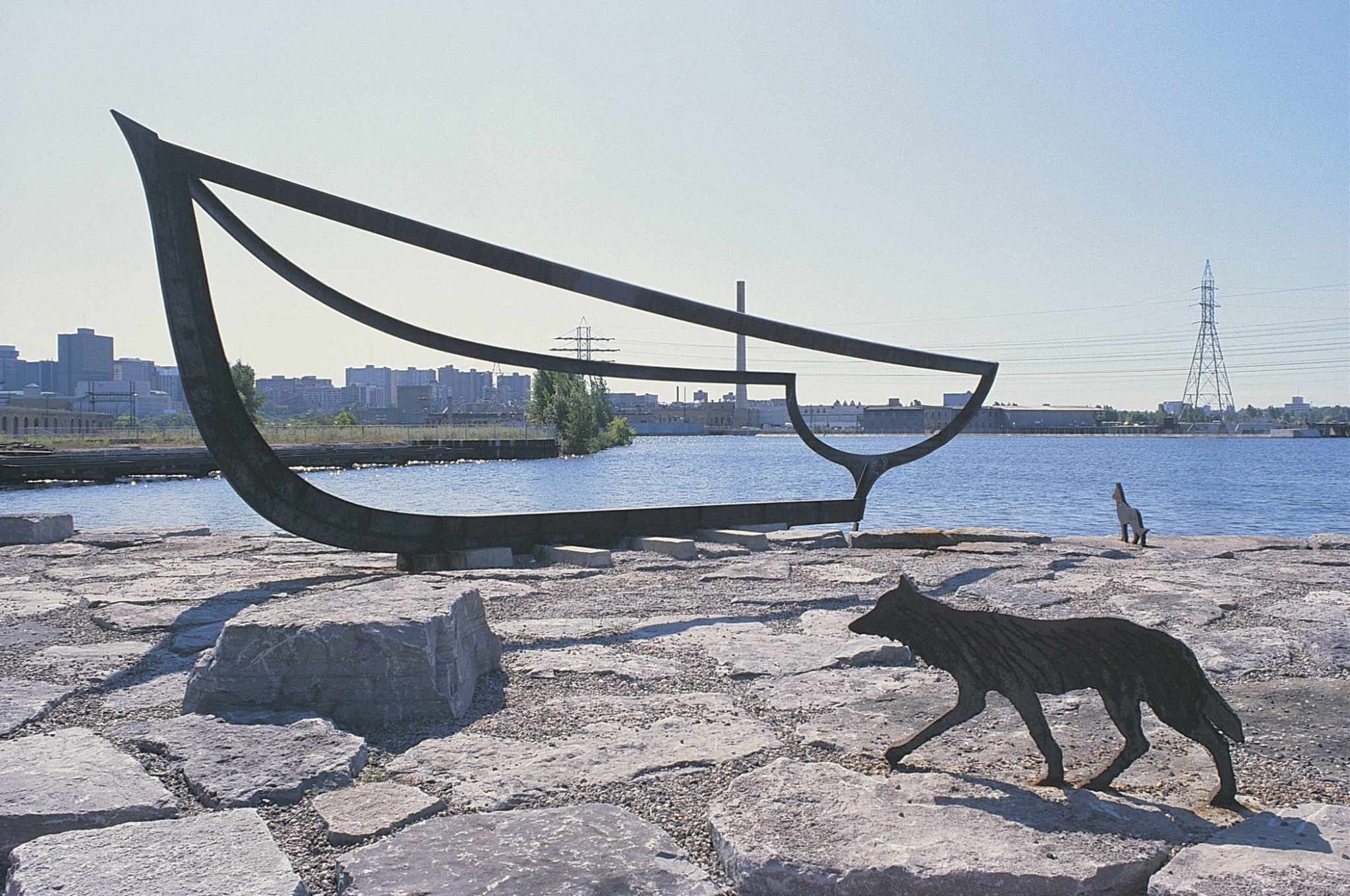 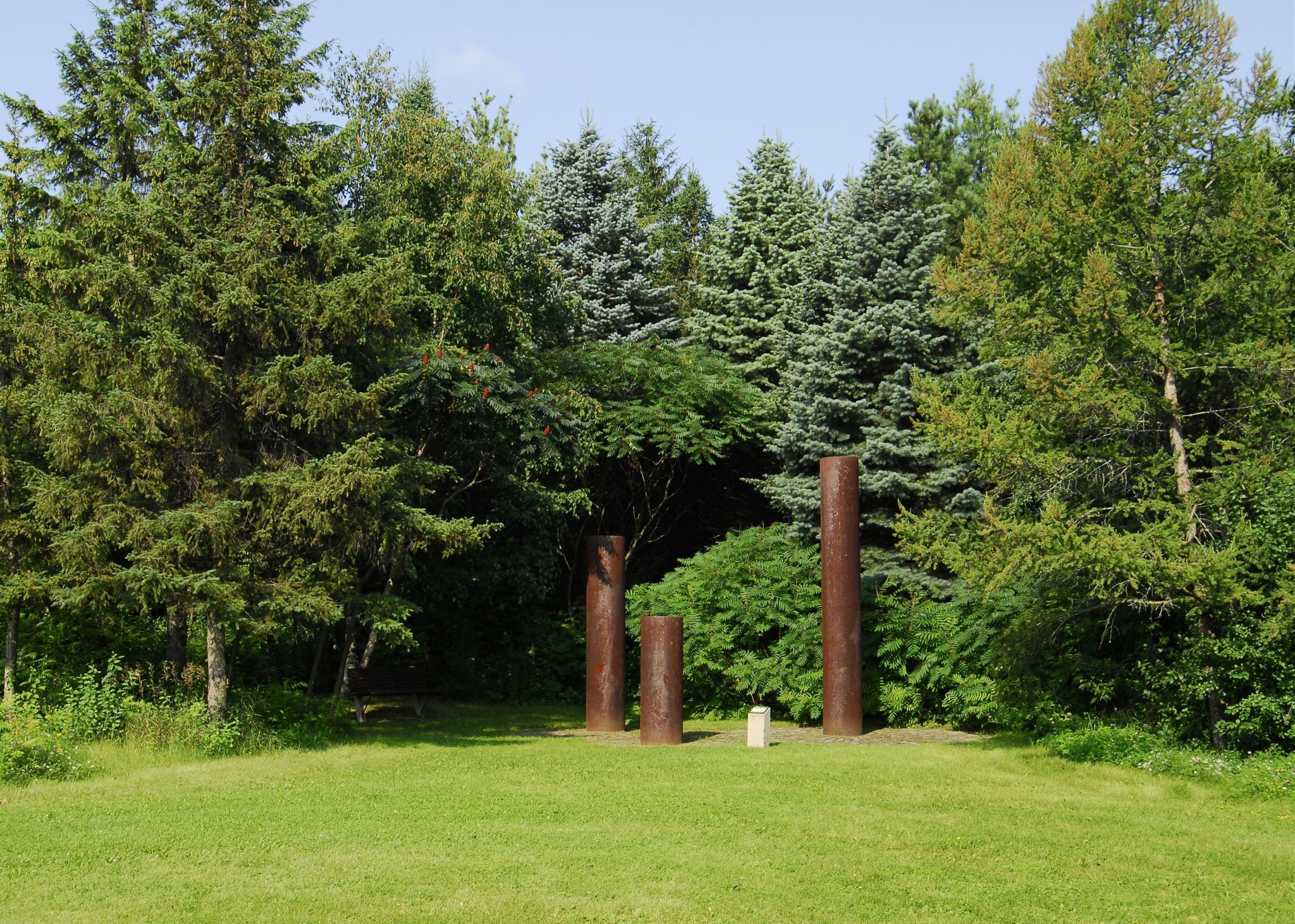 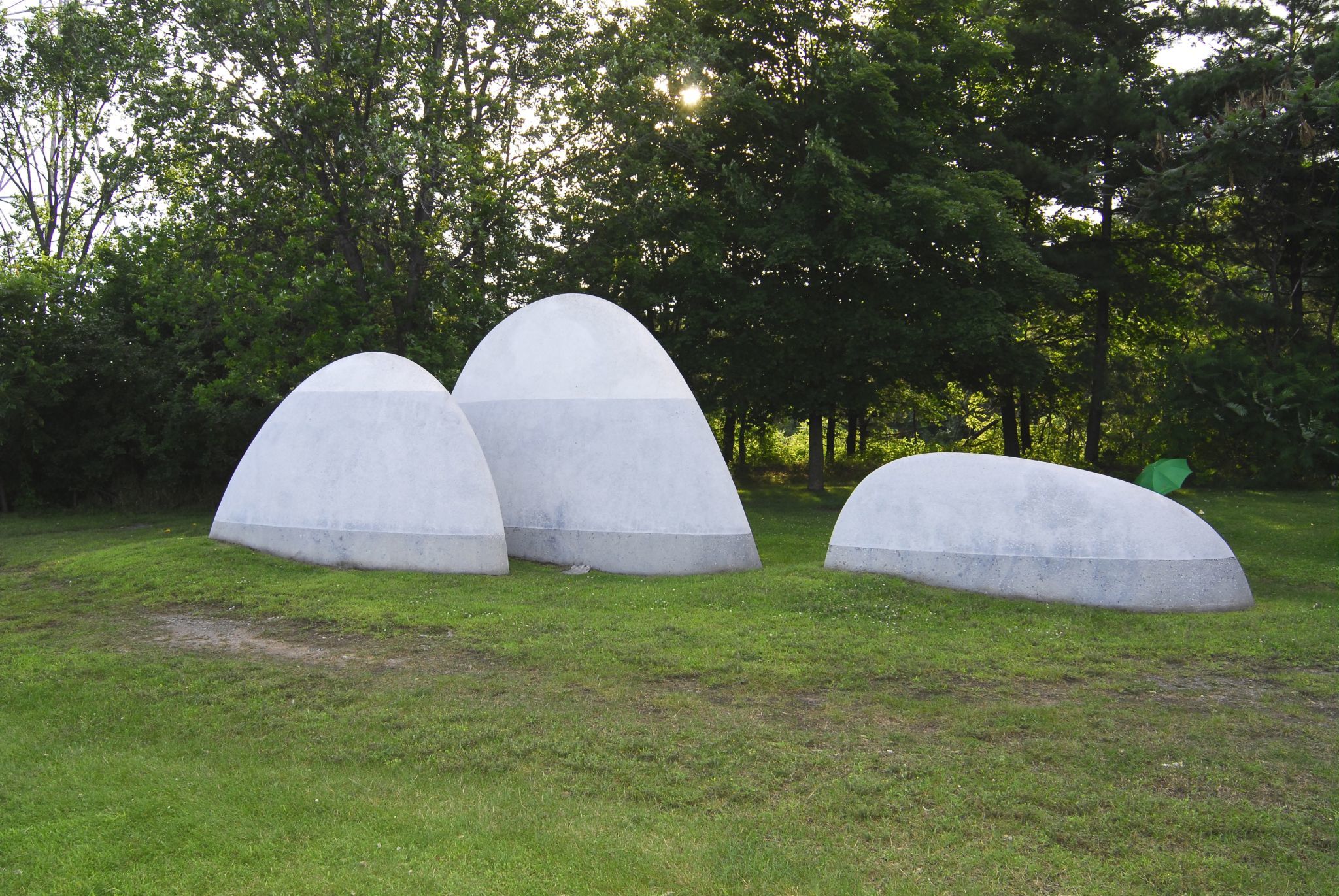 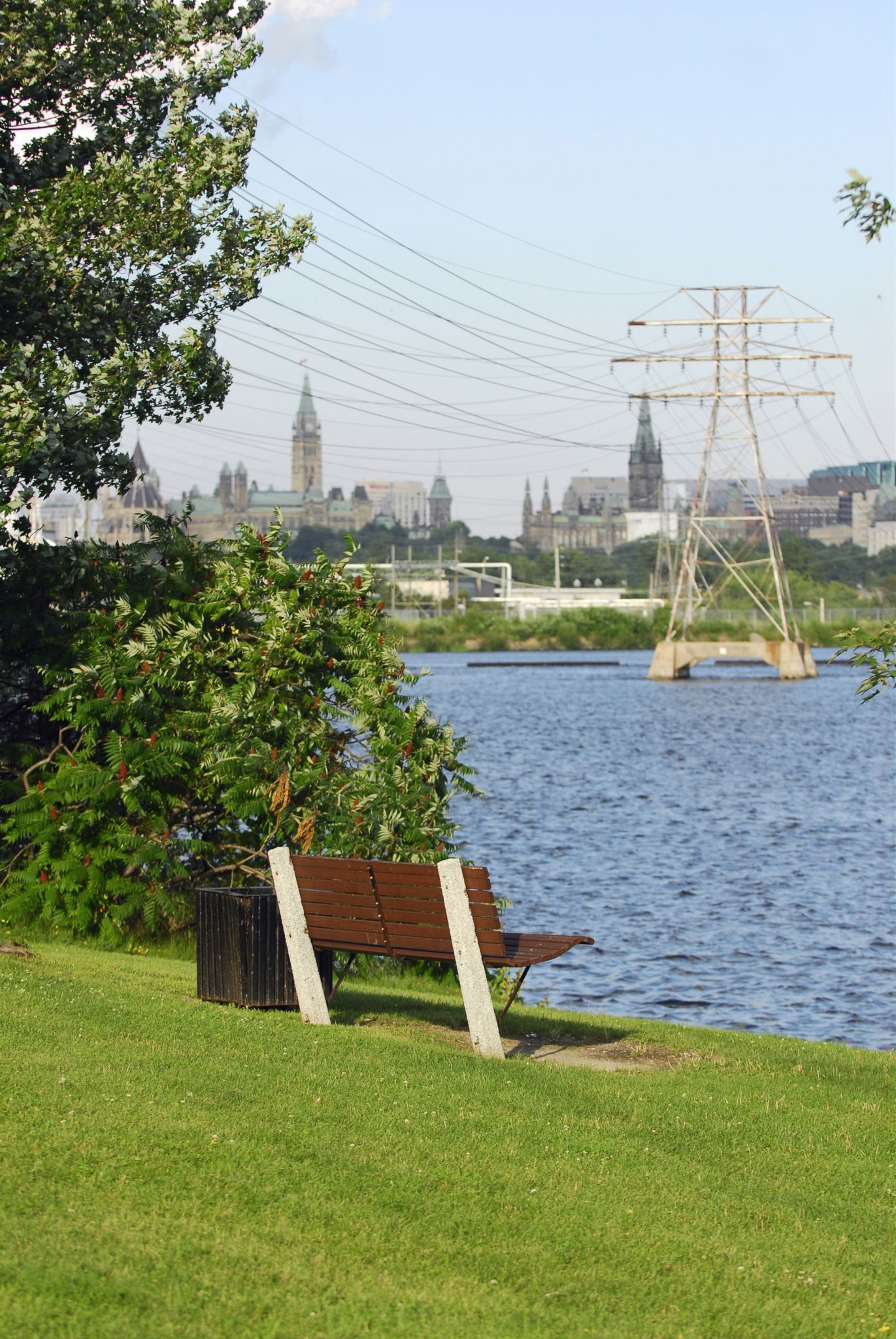 Over thousands of years, Indigenous peoples, fur traders and explorers travelling the Ottawa River used a path through what is now Portageurs Park as a portage route. They would carry their canoes and belongings across this stretch of land to get past a set of rapids in the river. These rapids are now mostly drowned out. After the construction of the Chaudières Dam in 1910, the water level of the river rose several feet.

In the park, you can find the crude stone steps and rock causeway that voyageurs built to help them carry their heavy loads of furs and other trade items past the rapids. The portage remains in its original state.

Philemon Wright (1760–1839) established himself here in 1800. He founded the village of Wright’s Town, which was renamed in 1875 after the amalgamation of the city of Hull (now Gatineau).