The NCC officially opened a new plaza at LeBreton Flats in June 2017, featuring the Lilias W. Fleck Fountain. The NCC consulted the public in 2014 to generate and develop innovative ideas that were considered during the design.

This new public space, a symbol of the regeneration of LeBreton Flats, is located at the southwest intersection of Wellington and Booth streets. It brings the Capital’s rich industrial heritage to life, contributes to beautifying the Capital and creates a lasting legacy of Canada 150.

Unearthed in 2013, and restored by the NCC, the Fleck Fountain now stands close to where it originally stood in 1892. It is associated with the histories of the Fleck and Ahearn families, both of which were prominent in building and transforming the Capital.

The fountain is the point of departure for the plaza’s outdoor exhibit, developed with the support of Canadian Heritage. The exhibit explores life at LeBreton Flats around the time of the fountain’s use. It also highlights different innovations linked to Thomas Ahearn and the Flats, and how the quality of life in Canada’s Capital Region was improved as a result.

Thomas Ahearn founded the Chaudière Electric Light and Power Company, and served as first chairman of the Federal District Commission, the predecessor of the NCC, between 1927 and 1932. He oversaw significant beautification projects within the Capital Region, including the construction of the Champlain Bridge and Queen Elizabeth Driveway.

The exhibit elements include historical photographs and concrete stamping showing the street names from a bygone era. 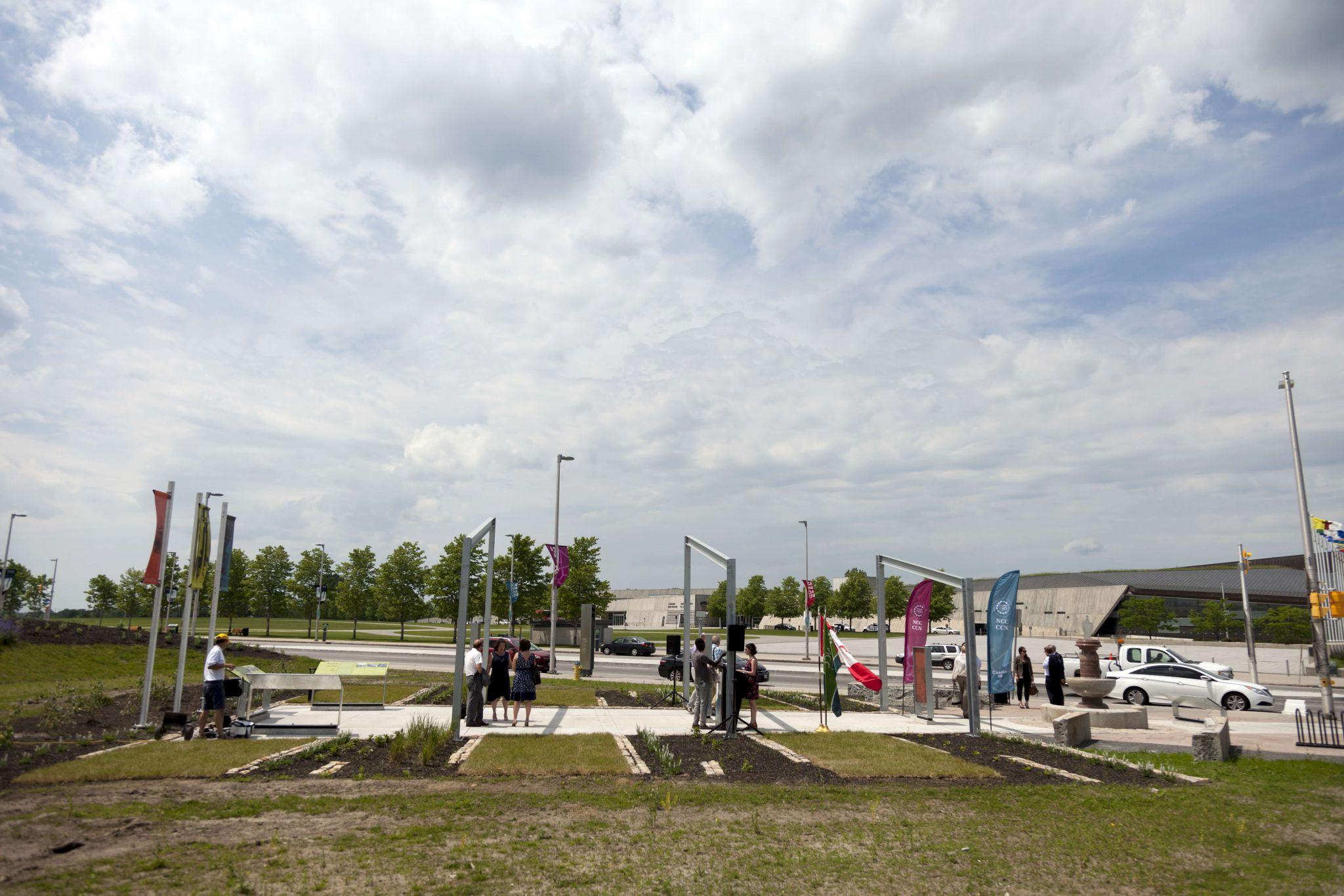 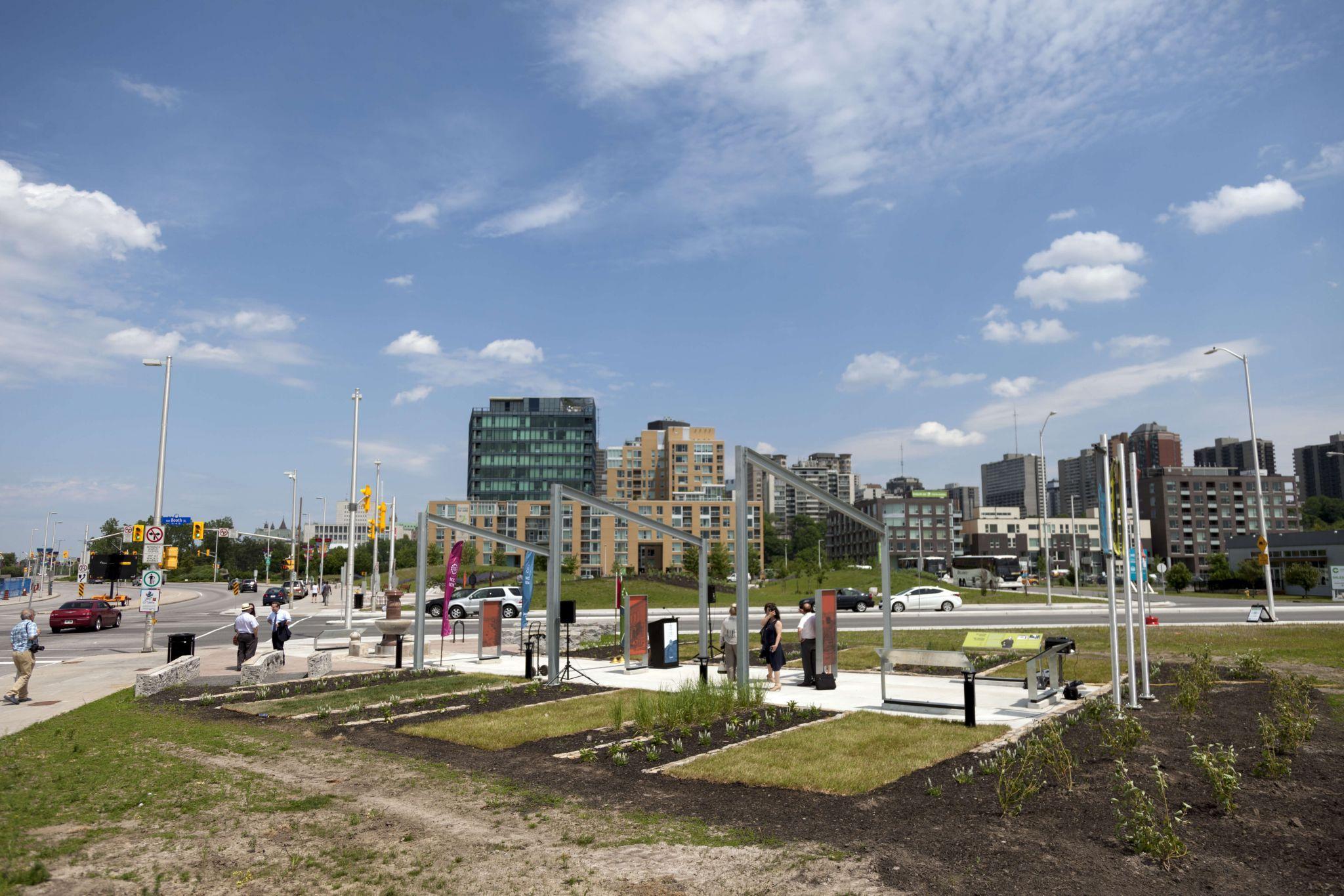 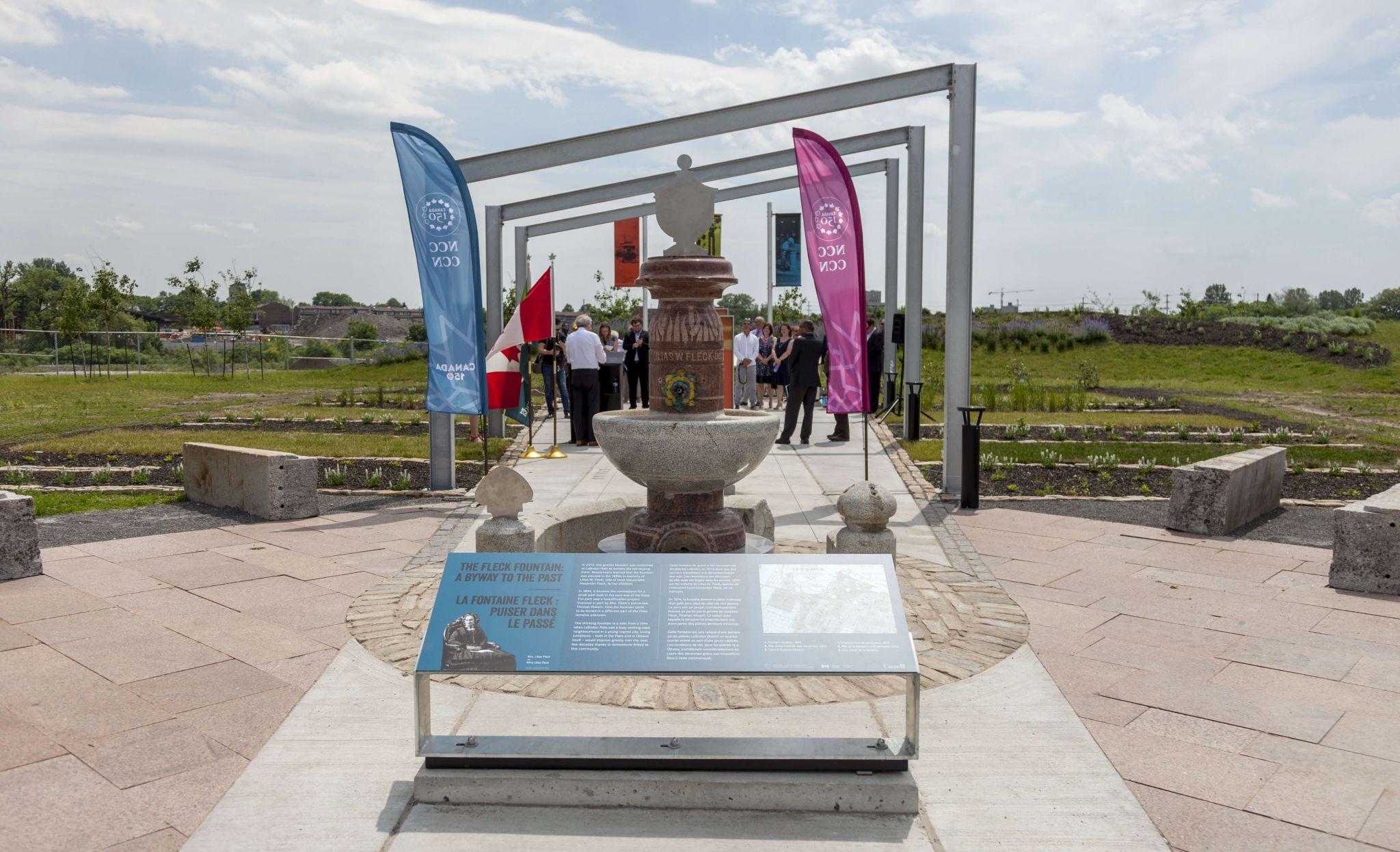