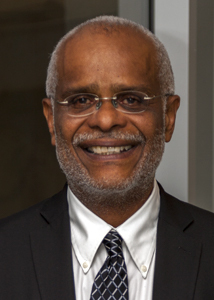 The National Capital Commission’s (NCC) Board of Directors voted today to invite the Mayor of Ottawa and the Mayor of Gatineau to participate in NCC board meetings on an ex-officio, non-voting basis. “The Board’s decision today is an opportunity to further deepen the NCC’s relationship with our municipal partners,” said Russell Mills, Chair of the NCC Board. “We believe this decision will foster a strategic regional alignment in building Canada’s Capital as a dynamic and inspiring source of pride for all Canadians.”

Acting upon a recommendation from the Honourable Mélanie Joly, Minister of Canadian Heritage, the NCC’s Board of Directors amended its by-laws to include the mayors of the cities of Ottawa and Gatineau to participate in all board meetings.

I am delighted with the NCC’s decision to invite the mayors of Ottawa and Gatineau to their Board meetings as observers. In this spirit of openness, I intend to ensure that Aboriginal people are also represented on the Commission’s Board. Our government is committed to raising the bar in terms of openness and transparency, and these decisions are part of an effort to serve the public interest,

The mayors’ participation will be governed by the same code of conduct, confidentiality provisions and conflict of interest rules required of NCC board members. The mayors will be present during all board discussions with the exception of certain items, including solicitor-client privilege, human resource or privacy matters, and the official residences of Canada.

The NCC will be in contact with mayors Watson and Pedneaud-Jobin as soon as possible to discuss the implementation of this resolution. It is expected that a signing ceremony will take place in the coming weeks.

The Governance Committee of the Board will report back to the Board in the coming months on additional measures to enhance the openness and transparency of the NCC, including the involvement of the other municipalities in the capital region.