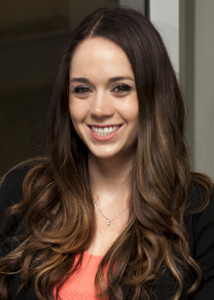 The National Capital Commission’s (NCC) Board of Directors approved the proposal to integrate 16.5 kilometres of unofficial trails into the network of official trails in Gatineau Park, to keep the conservation momentum of the Responsible Trail Management Project.

Gatineau Park offers some 200 kilometres of official trails for hiking, mountain biking, snowshoeing and skiing. But, over time, a network of user-created unofficial trails has developed, which substantially exceeds the Park’s official network, and continues to grow.

Phase 1 of this project was implemented in fall 2018, and resulted in about 10 kilometres of user-created trails — located in the south end of the Park, closer to the region’s urban core — being integrated to enhance the official network. This four-phase project is expected to be completed in fall 2021.

Of the 16.5 kilometres of trails being addressed in Phase 2, a little more than half (8.6 km) involve converting existing official winter trails to year-round trails. The new official trails extend from Cross Loop Road in the south, to P17 in Wakefield and Trail 53 in the north.

These trails will be open to hiking and/or mountain biking in the summer. In the winter, they will be used for either back-country skiing or snowshoeing and/or winter biking.

The unofficial trails that have developed over the years have a significant negative environmental impact on some of the Park’s sensitive habitats, and pose a public safety risk.

“We warmly thank all those who have participated in the planning, and those who are working alongside our team to make this project happen. We can’t do it alone. We look forward to working with Park users and stakeholder groups to ensure the future of the Capital’s conservation park.”

From 2014 to 2017, the NCC completed comprehensive consultations with trail user groups, as part of an effort to engage and find common ground. Some 80 different organizations and groups were invited to participate in the dialogue. This was followed by a session in April 2017 for the general public, which attracted 110 participants. A subsequent online survey generated 1,033 responses. The feedback received, combined with staff analysis, has resulted in the recommended actions of the Responsible Trail Management Project.