COVID-19: Find out about preventive measures in place
You are here:
Estimated time to read: 3 minutes 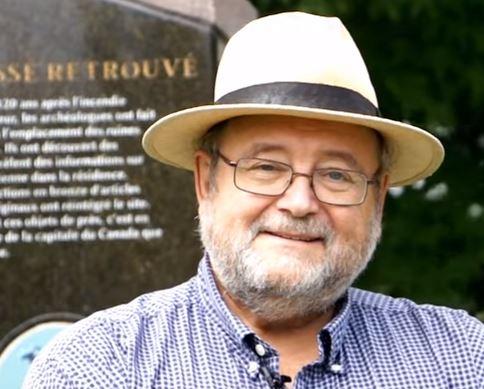 Canada’s Capital Region is at the heart of a vast pre-contact communications and trade network that stretched across northeastern North America. The trade network began in the region around 6,000 years ago. People would camp along the shores during the summer to exchange ideas, trade material goods and renew social relationships. New ideas and materials were introduced into the region from northern Labrador, Hudson Bay, the head of Lake Superior and the state of Illinois. To this day, there still are physical traces of their time spent in the region.

Archaeology tells the story of people, their culture, traditions, ways of life and how they adapted to different environments over time. The following five artifacts found on the lands we manage tell a small part of that story as it unfolded in the region.

This artifact was a stone point known as Otter Creek. Its presence confirms that the early inhabitants of the region were part of a much broader culture referred to as Laurentian Archaic.

2 – Evidence of a vast communication and trade network

This artifact is a projectile point in the shape characteristic of the Adena culture, centred in the Ohio-Illinois area, which is roughly 1,500 km southeast of Ottawa-Gatineau. However, its material comes from Lake Mistassini in central Quebec, about 1,000 km northeast of the region.

This unique combination underlines the extent of the pre-contact communications and trade network in which the ancestors of the Anishinabe Algonquins participated. It also highlights the distinctiveness of their material culture.

3 – A reminder of what’s important

This rare object of personal adornment (think: 1,500- to 2,000-year-old pendant necklace) was fashioned by polishing a small, thin sheet of slate into a generally rectangular shape. The suspension hole was drilled from both sides of the pendant and, if you look closely, you can see two small dents below the hole that show that the drill skipped twice. This simple manufacturing mishap brings us closer to the pendant’s maker.

This piece reminds us that it is not artifacts but the people who made and used them that are important.

4 – The Ottawa River as a major transportation route

This clay vessel was reassembled from potsherds found on an eroding portion of the Ottawa River shoreline. Its form and decoration are identical to Huron pots from the traditional Wendat territory of south-central Ontario. The pot was either traded into the region or brought by Wendat who camped at the site. Either way, it emphasizes the role of the Ottawa River as a major transportation route throughout time.

Carbonized residue scraped from the interior surface of this pot has been radiocarbon-dated to A.D. 1530.

Have you ever heard of Florida Water? It was to 19th century North Americans what Lavender Water and eau de cologne were to Europeans. Over time, the bottles produced for this perfumed spirit have become extremely rare. Thus, as an indicator of past cultural practices, they have heritage significance.

The archaeological heritage of the National Capital Region spans some 8,000 years of continuous land use and occupancy. At the NCC, our role is to protect and manage both pre-contact and historical archaeological resources on federal lands in the region. We do so before, during and after development work, and also to save precious artifacts from the impacts of climate change.

Increased flooding and accelerated erosion of ancient shorelines are washing away archaeological resources at an alarming rate. The NCC is combatting this catastrophic loss through its Archaeology Program, but it isn’t enough to save this archaeological legacy.

Part of the solution is to educate the public on the importance of archaeological resources and to engage them in the research and rescue of artifacts. This has been a major goal of the NCC’s public archaeological digs, held annually since 2014 but cancelled in 2020 and 2021 due to COVID-19 restrictions.

The NCC is also helping Anishinabe Algonquin communities build capacity in archaeology. This way, they can take a more active and direct role in caring for their ancestral legacy. After all, the protection and preservation of archaeological resources is a collective responsibility.