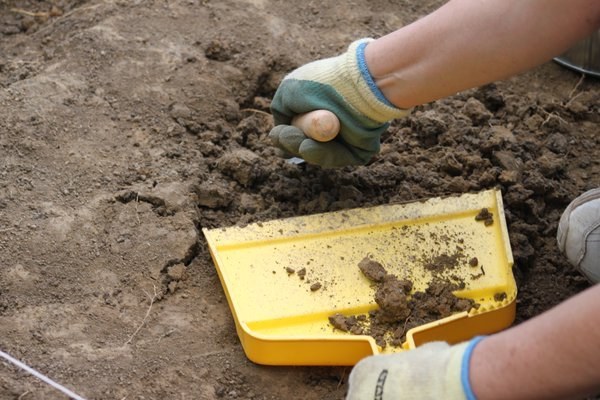 It is my view that archaeology begins and ends with the public. My work at the NCC involves sharing my passion and expertise in archaeology with Canadians.

The archaeological heritage of Canada’s Capital Region covers some 8,000 years of history, and remains largely intact. For this reason, we organize digs and public workshops for people to learn about past ways of life in the region.

The work of an archaeologist involves finding, recovering and interpreting remains that are important elements of our cultural heritage.

After archaeological digs, a large quantity of objects and evidence of the past are preserved:

The NCC also provides technical assistance to the communities to contribute to capacity building in archaeological heritage management.

The role of the NCC

Our role is to ensure that the archaeological resources of Canada’s Capital Region are properly protected and managed, before, during and after development work.

As the federal organization with authority for federal land use, design and transaction approvals, the NCC reviews changes and alterations to federal properties. During this process, one factor we consider is the potential of a proposed project to disturb or damage archaeological resources. We conduct an environmental assessment to ensure that a project will not adversely impact the environment, including archaeological resources.

The NCC also ensures that federal archaeological artifacts from the region are stored by approved artifact collections repositories.

For more information about the NCC’s archaeological practices, consult the Guide for the Management of Archaeological Resources.

Did you know that archaeological investigations have established that people were living in this region 8,000 years ago? The archaeological sites identified on NCC lands provide information about the Capital Region’s past and how it has changed over the years. The knowledge gained from these investigations helps to inform our decisions about land use planning.

The lands that the Capital now occupies were an ideal place to stop and make camp and, later, to settle, because of the topography and location at the confluence of three rivers. Several sites on the shores of the Ottawa, Rideau and Gatineau rivers contain evidence of occupation by Indigenous peoples over thousands of years, as well as the first settlements established by people of European origin.