In 2019, in partnership with local restaurant entrepreneurs, the NCC launched a pilot project to enhance people’s experience of our urban parks and shorelines. As part of this project, we opened bistros featuring an assortment of food and beverage options in two locations: Confederation Park and Remic Rapids Park. A third bistro opened at Patterson Creek Park in summer 2021.

The NCC is conducting an evaluation of the NCC Bistro pilot project, including all three bistro locations.

The NCC Bistro pilot project at Patterson Creek Park was originally scheduled to launch in 2019. In response to concerns raised by members of the neighbouring community, the NCC held an on-site consultation in June 2019, and the NCC Ombudsman launched an investigation into the concerns. The findings were published in March 2020. To allow for more engagement with the community, and due to the COVID-19 pandemic, the opening was postponed.

In January 2021, the NCC reached an agreement with local residents. With feedback from community members and park users over the past two years, this agreement has addressed concerns, and enhanced the experience for park visitors.

About the NCC Bistro at Patterson Creek Park

The NCC Bistro at Patterson Creek Park is located in a beautifully landscaped park, next to a tranquil creek in Ottawa’s family-friendly Glebe neighbourhood. The creek flows into the adjacent Rideau Canal, a UNESCO World Heritage Site, which, in summer months, is popular with runners, walkers and cyclists. In response to feedback from members of the community, the NCC made several changes to the proposed design, operations and site management of the NCC Bistro at Patterson Creek Park. 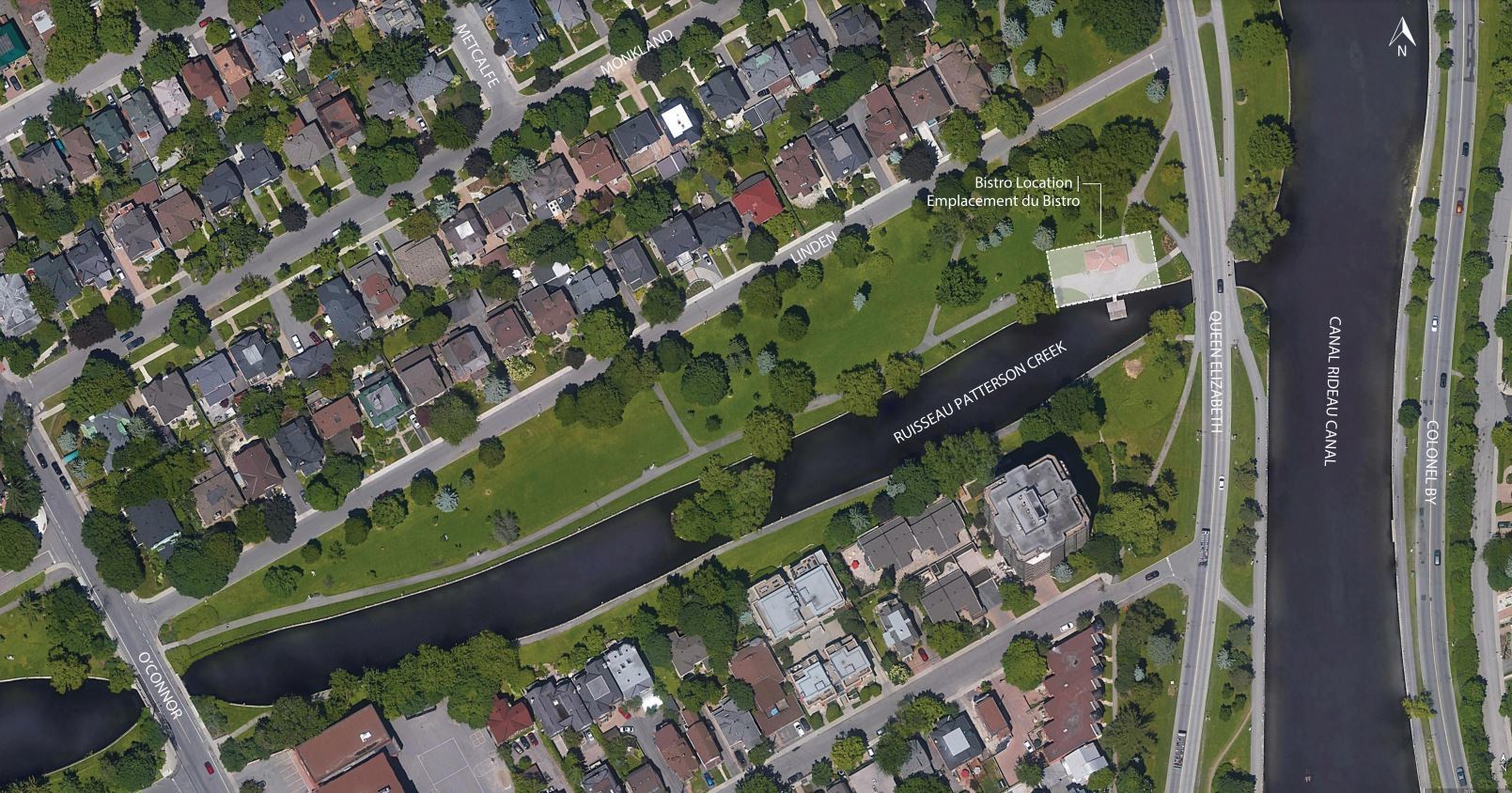 The NCC committed to the following site management provisions:

A report is now available on this page which summarizes the input we received, as well as how we implemented it.