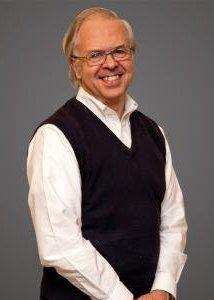 Julian Smith is an architect, conservator, scholar and educator, who is internationally recognized for his contributions to heritage conservation, and particularly to cultural landscape theory and practice. Julian has been executive director of Willowbank since 2008, responsible for design and development work involving significant cultural sites in Canada, the United States, France, Italy, India, Sri Lanka and Japan. His projects include the restoration of the Vimy Monument in France and Aberdeen Pavilion in Ottawa, and master plans for Toronto’s Parliament Buildings, Ottawa’s Central Experimental Farm and a new campus for a historic college in south India. He has also developed policy documents for federal and provincial agencies in Canada, and has been Canadian delegate to UNESCO for the drafting of the new Recommendation on the Historic Urban Landscape. For six years, Julian served as chief restoration architect for the National Historic Sites program, later establishing his own architectural and planning practice, and founding and directing Carleton University’s graduate program in Heritage Conservation. Julian has been architectural advisor to the trustees of Queen’s University, a past member of the Advisory Committee to the Minister of Canadian Heritage and a frequent contributor to international forums. He is a recipient of Heritage Canada’s Gabrielle Léger Award and the Architectural Conservancy of Ontario’s Eric Arthur Award, both for lifetime achievement. In 2012, Julian Smith was invested as an honorary member of the Canadian Society of Landscape Architects, in part in recognition of his work on cultural landscape theory and practice. Julian holds a Master of Architecture from MIT, as well as a certificate in preservation planning from Cornell University.