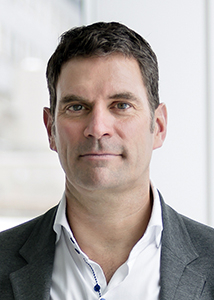 Bernard Serge Gagné is an architect and urban designer with more than 30 years’ experience. He is currently a senior partner in the Québec City–based architectural and design firm ABCP, which he joined in 2002, as director of urban planning and urban design. This award-winning firm provides service and expertise across Canada and to countries in Western and Central Europe, North Africa, Southeast Asia, and the Caribbean. Mr. Gagné’s main interest and expertise is in urban design, restoration and architectural insertion, as well as recycling and new architecture. He has been engaged in the practice of architectural conservation since 1987 and in innovative urban design since 1995. After completing his initial studies in Quebec, Mr. Gagné pursued further study and work in Turkey and in France. On his return to Quebec, he collaborated on several major award-winning architectural projects, such as the Shaughnessy House for the Canadian Centre for Architecture, and the Théâtre Capitole in Québec City. From 1994 to 2000, he was co-partner of Gagné Lemieux architectes, and taught at Université Laval. Among his many accomplishments, Mr. Gagné was the project manager for the multiple award-winning project to give new life to the Augustinian Monastery heritage site in Québec City. Among the many heritage and architectural awards it has garnered, the new wellness hotel has also been named the number one travel experience by National Geographic Traveler magazine. Mr. Gagné is involved on a volunteer basis in the preservation and enhancement of heritage buildings and sites. He has been a member of the Ordre des architectes du Québec since 1990, and holds a bachelor’s degree in architecture (1988).