Tesasini Park is a planned waterfront park that will be located on the north bank of the Ottawa River next to the Chaudières Bridge. It will be the second of three parks to be built on the shores of the Ottawa River, as part of the Zibi development.

Revitalizing the islands and shorelines of the historic Ottawa River and increasing public access to these places are among the NCC’s priorities.

Layers of stone slabs will protect the park from erosion when the water level rises. We will keep the existing mature trees, and cap the contaminated soils around them. A belt of new native species will be planted between the Zibi development and the shoreline.

On April 22, 2021, the NCC Board of Directors approved the design of Tesasini Park. The park design is the result of a partnership with the Algonquin Anishinabe, Zibi, the City of Ottawa, Ville de Gatineau and Energy Ottawa.

The construction of Tesasini Park will begin in 2021. The park is scheduled to open in spring 2023. 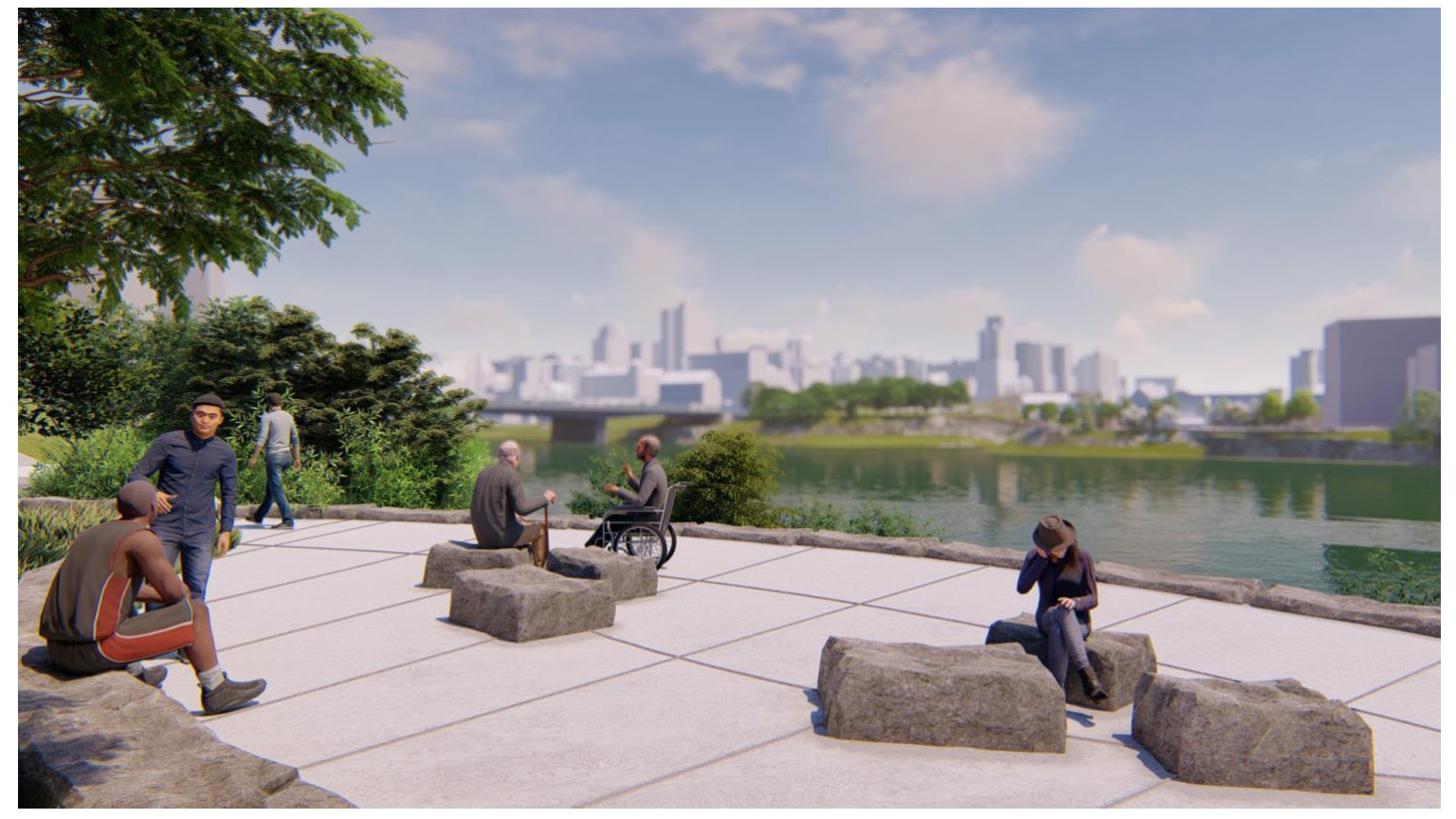 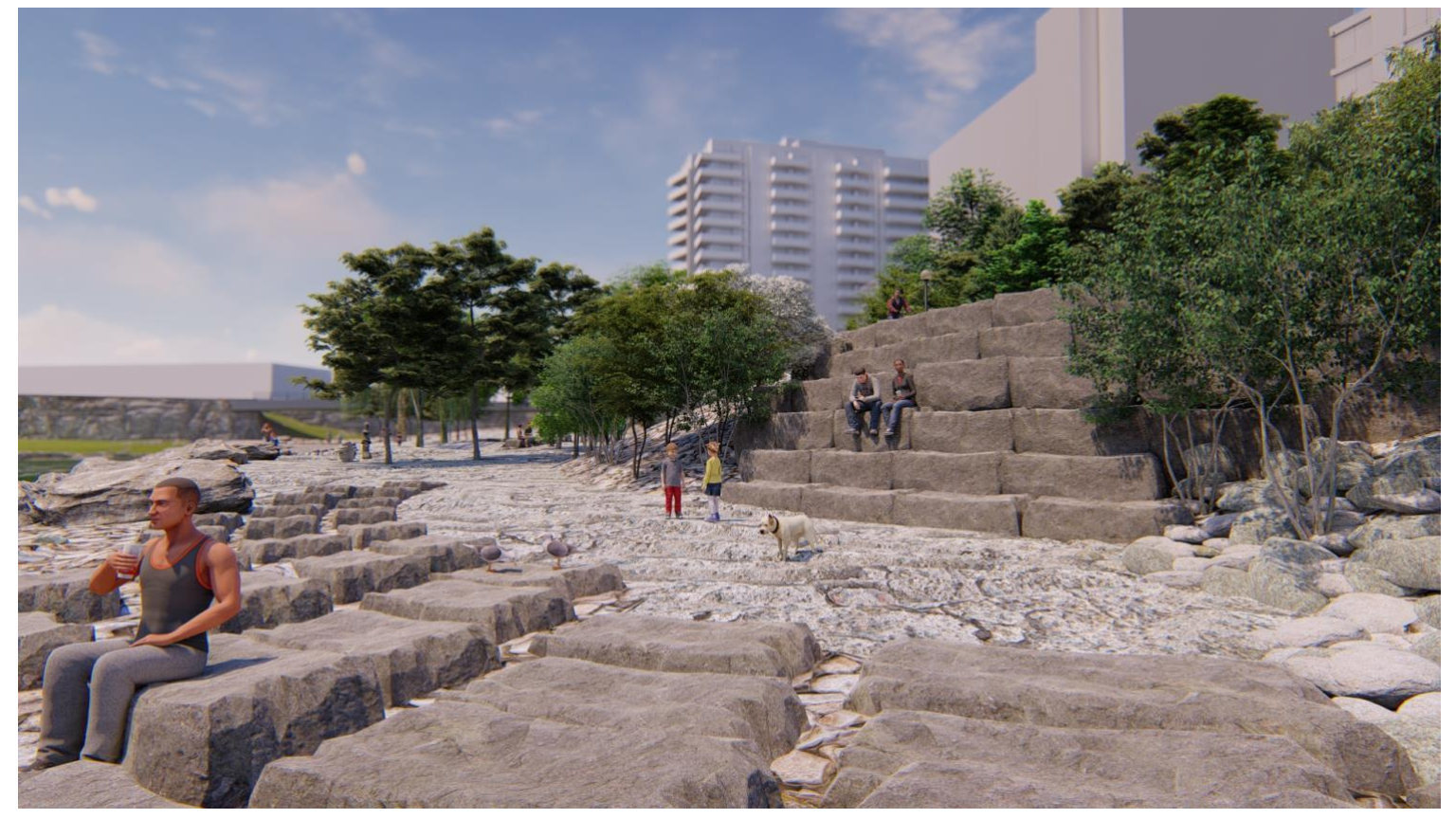 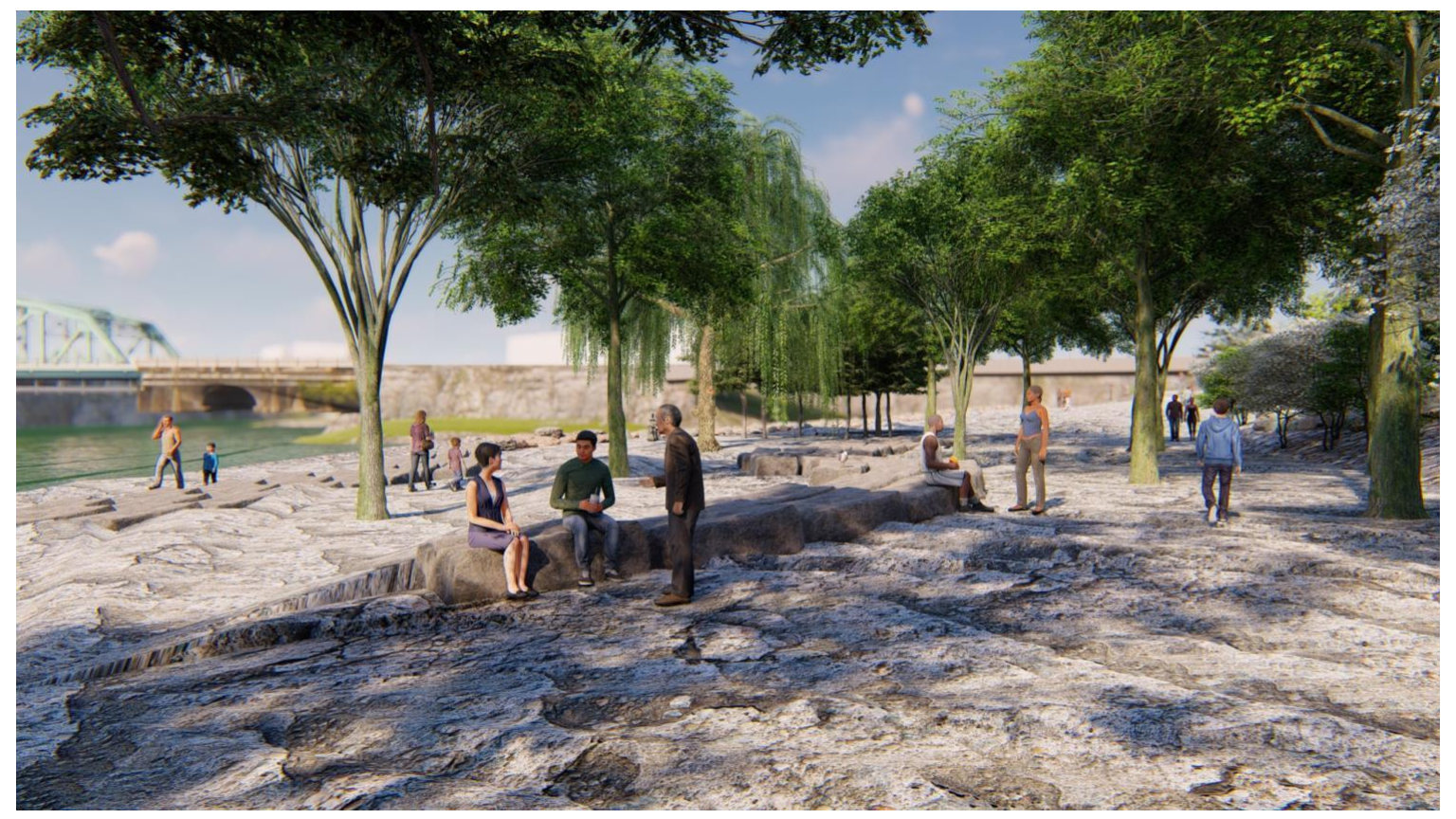 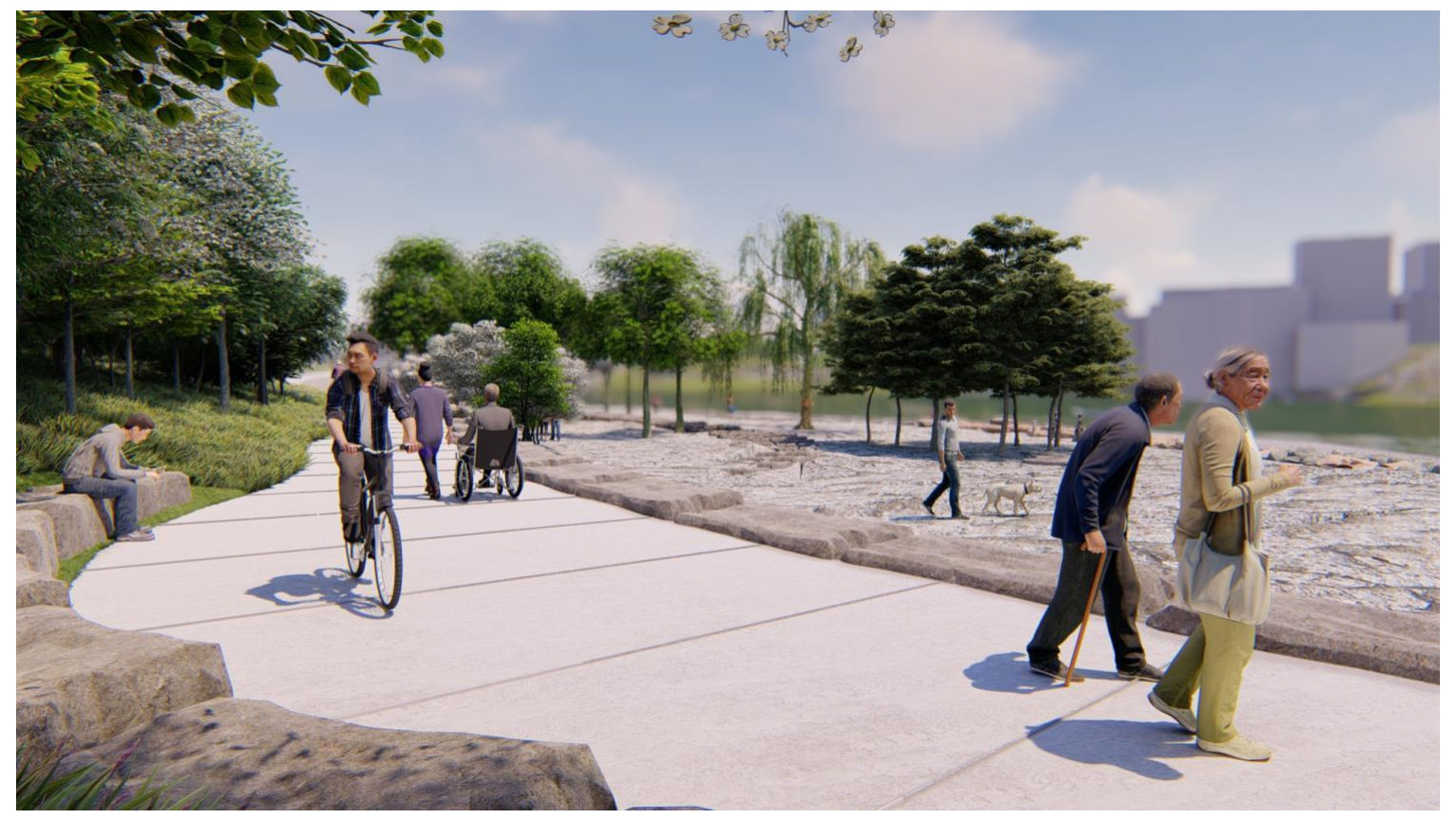 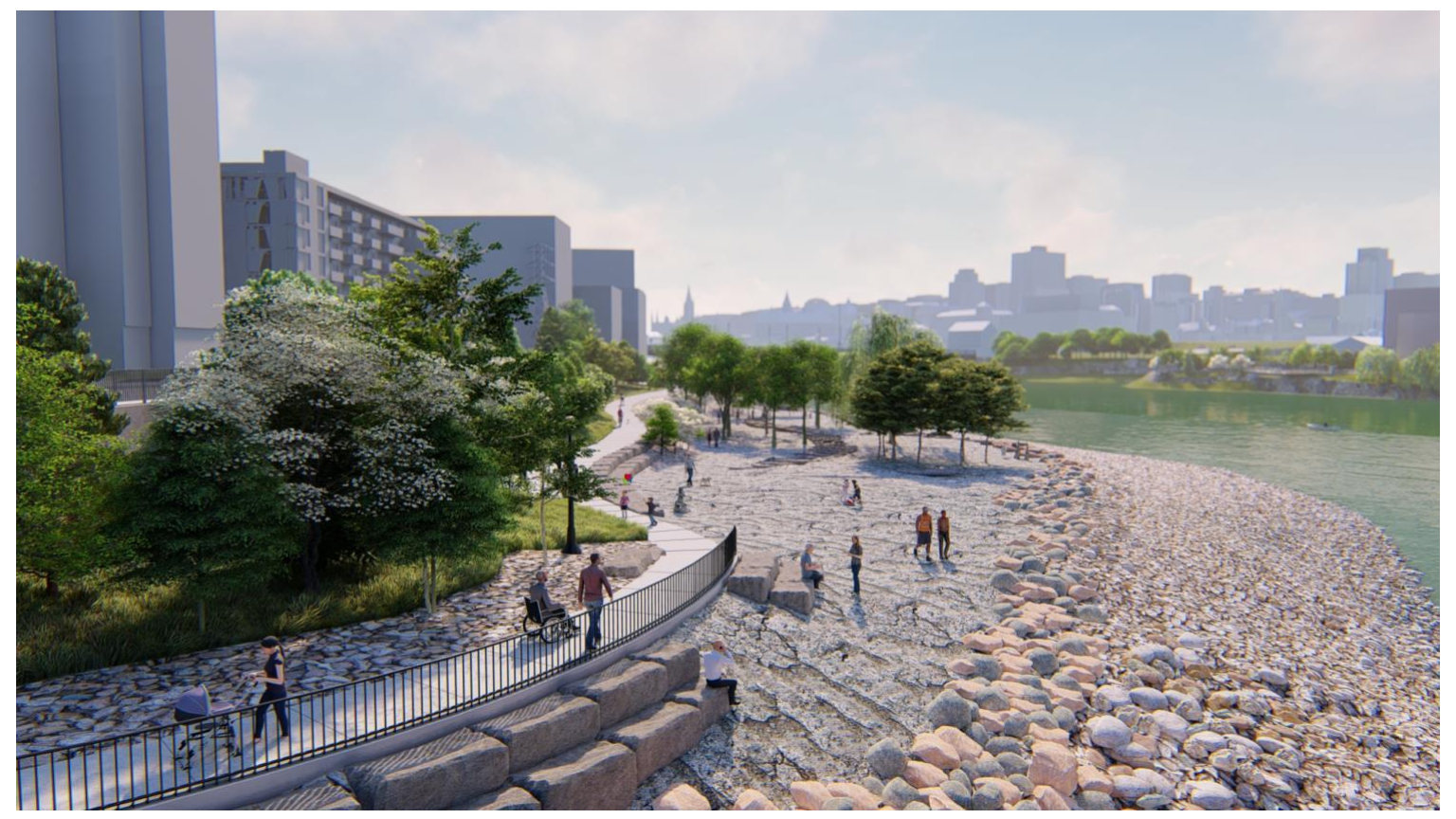