Project description
The National Arts Centre (NAC) is an architecturally and culturally iconic multidisciplinary performing arts facility located in the core of the Capital, on a site that faces Confederation Boulevard and the National War Memorial, and borders on the Rideau Canal World Heritage Site.

In December 2014, the Government of Canada announced a $110.5-million investment to embark on the architectural renewal of the NAC. The building was built between 1965 and 1969, and has been designated a National Historic Site due to its architectural and cultural importance. 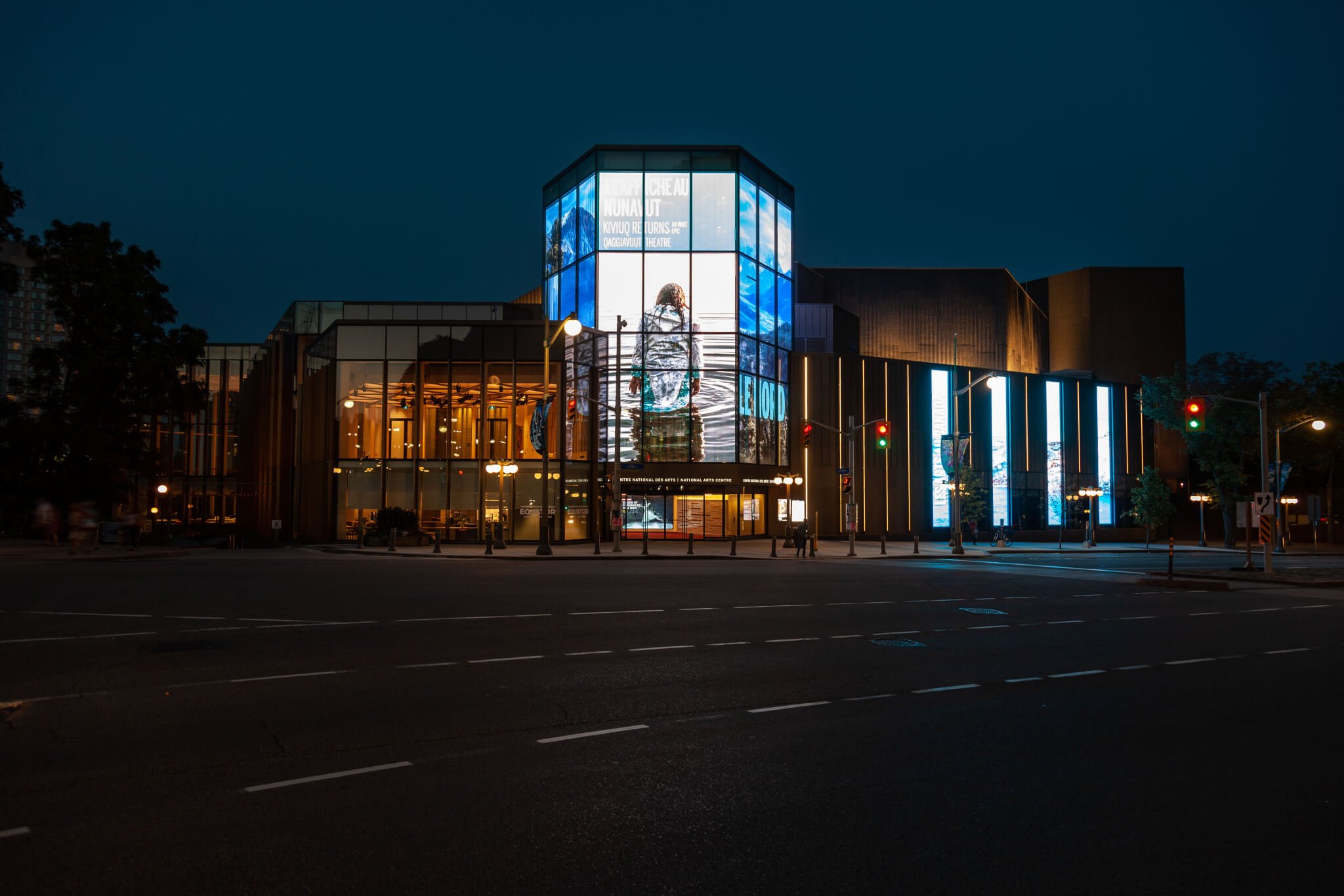 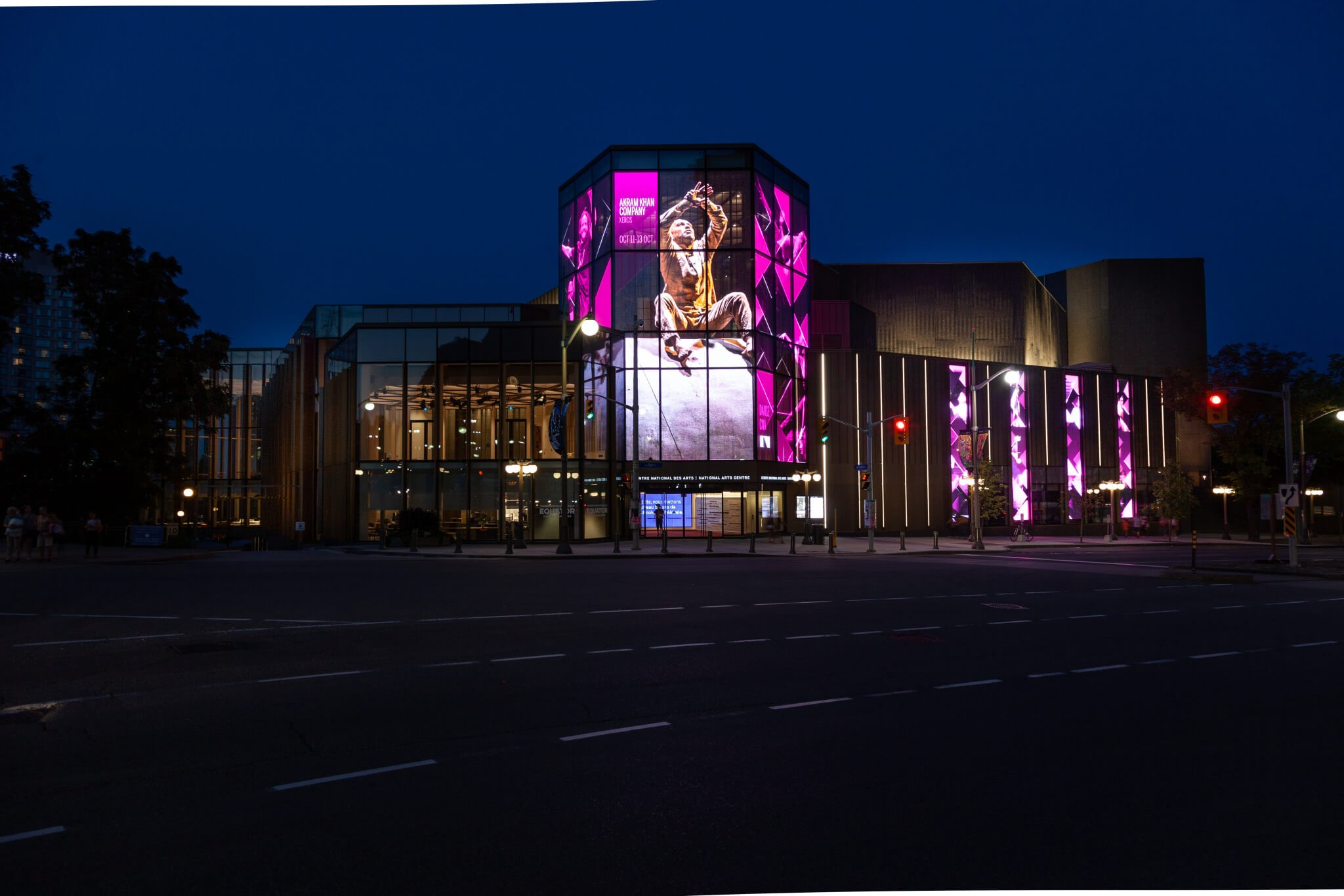 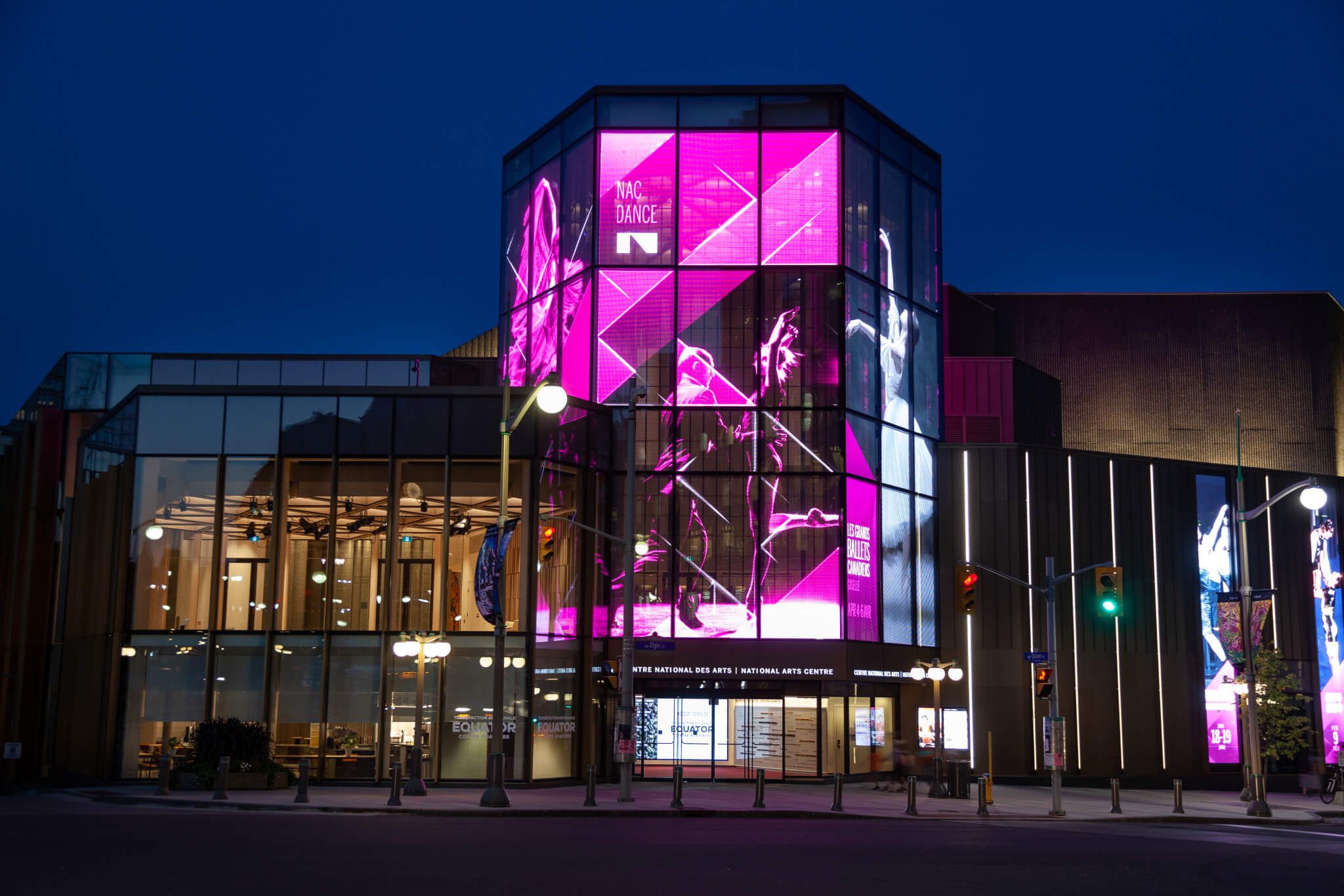 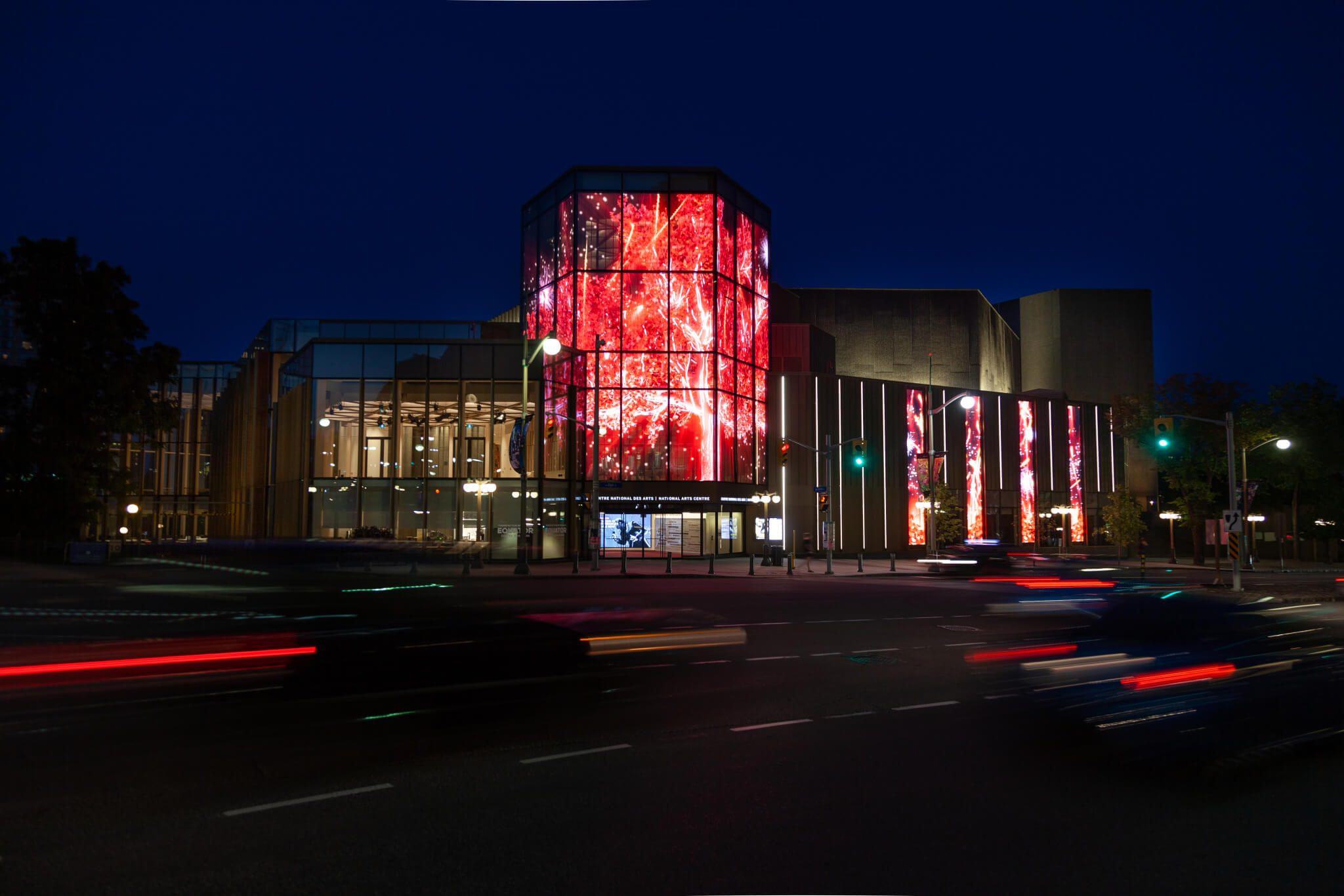 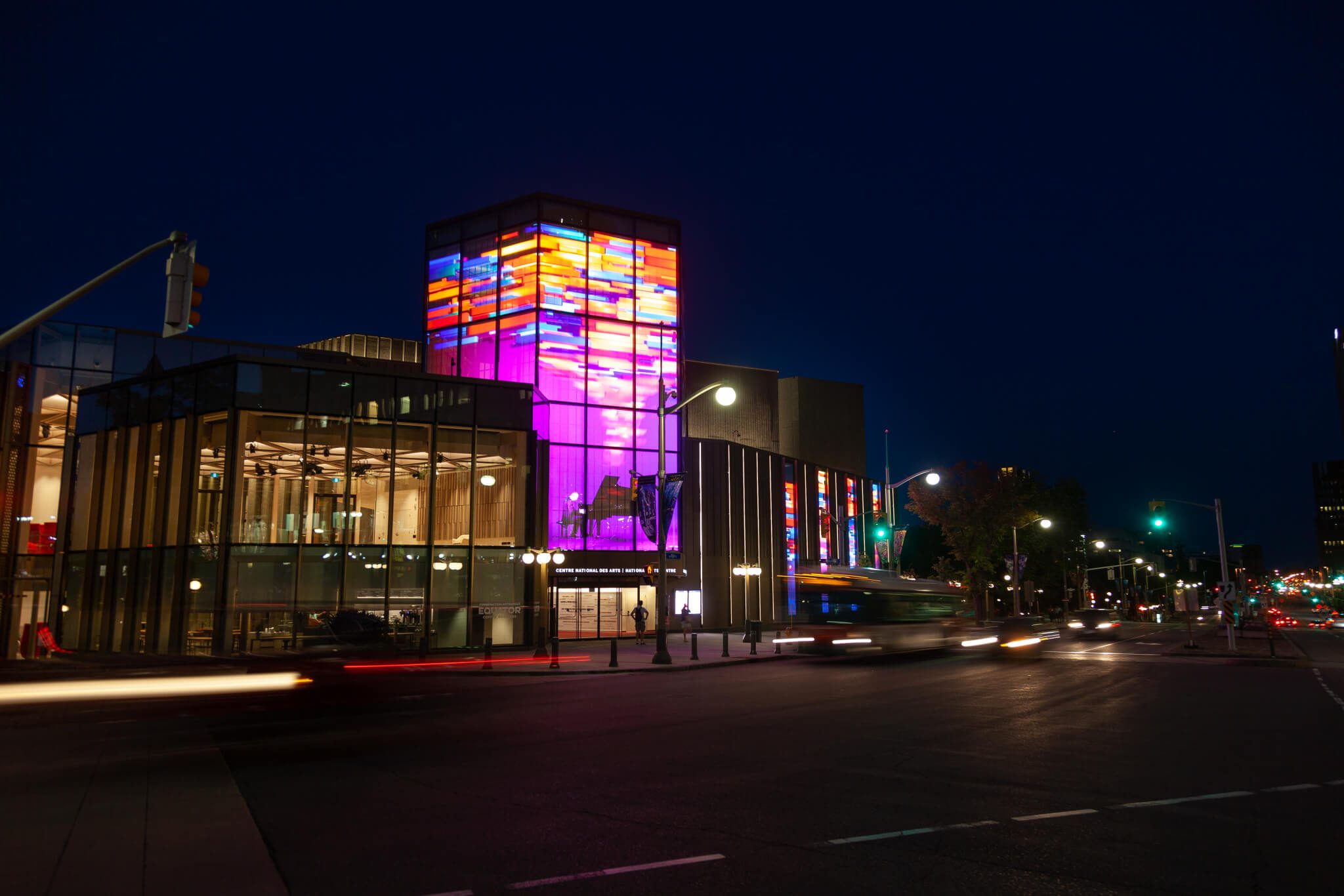 The architects proposed the creation of a more prominent entrance at the northwest corner of the site, facing Elgin Street, intended to better orient visitors and showcase events within the building. Called the Kipnes Lantern, the new entrance was proposed by the architects and lighting team to incorporate an illuminated “lantern” tower that displays non-commercial images through a sophisticated system embedded in the tower’s glazing.

NCC staff worked together with the architectural and lighting designers, to ensure that the project contributed positively to its context in this high-profile location in the Capital. A heritage working group was struck to review impacts on the National Historic Site, and stakeholders—including the Royal Canadian Legion, Parks Canada, and Public Services and Procurement Canada—were consulted.