To protect this heritage building — a historic landmark — and to make it universally accessible for all Canadians to enjoy year-round, several elements will be restored.

The NCC River House, previously known as the National Capital River Pavilion and the Ottawa River Boathouse, is a remarkable structure designed by architect C.P. Meredith, and constructed between 1914 and 1925 for the Ottawa New Edinburgh Canoe (ONEC) Club. It has been the site of canoeing, boating and recreational activities for nearly a century.

In 2010, the boathouse was designated a Recognized Federal Heritage Building because of its links to the history of canoeing in Canada, its architectural value as a rare example of early boathouse design, and its remarkable setting on the river.

The River House revitalization project will bring required repairs and upgrades to this heritage property, and make it usable year-round. It will also provide new opportunities for public access and shoreline animation. The work outlined below began in summer 2019, and is scheduled to be completed in 2023.

Work to preserve the heritage character of the pavilion, and allow four-season use of the two upper levels, will include the following:

The River House is located on a water lot, and the lowest “occupied” floor, the club level, is below the 100-year flood plain. This presents a challenge for the integration of accessibility within all levels, interior and exterior. The universal accessibility improvements will maintain the essence of the building’s use and function, and will include the following: 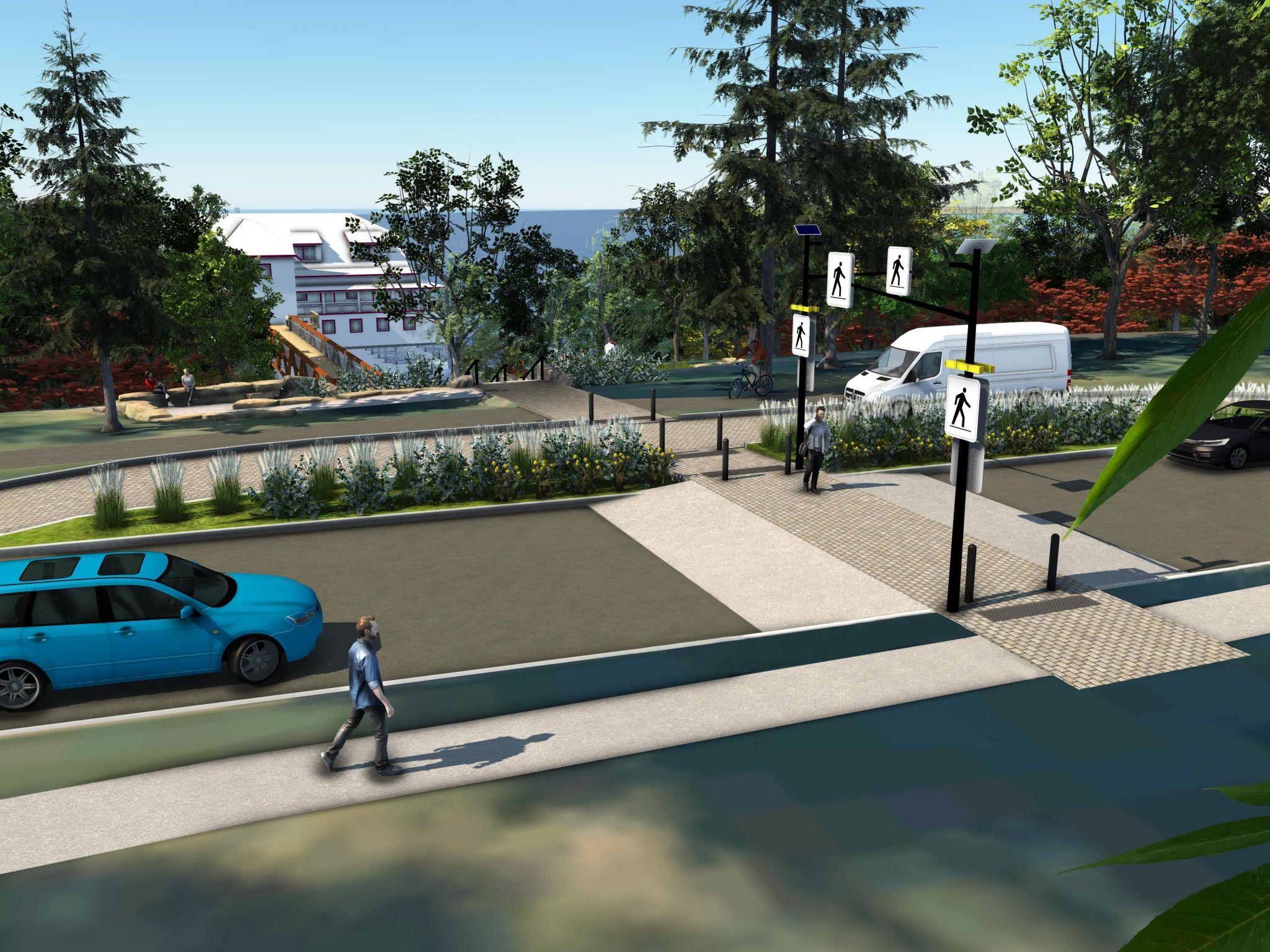 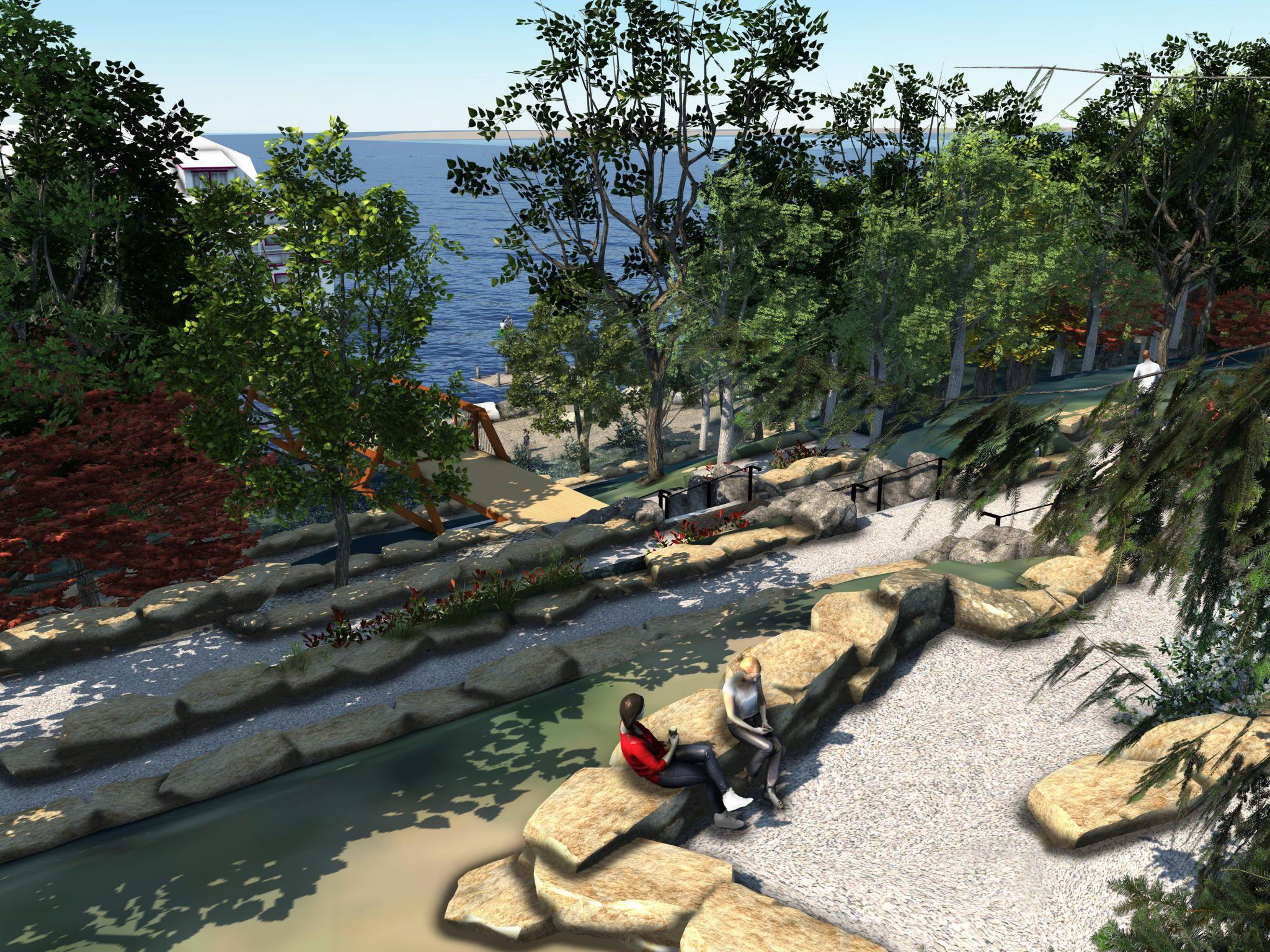 Replacement of the pedestrian bridge

The existing bridge and foundation have reached the end of their life cycle. They have been deemed unfit for repair and reuse, and will be replaced.

A new, prefabricated bridge made of Corten steel, compatible with the nautical and transportation style of the boathouse facility, will be installed at the bridge’s historic level. The new bridge will also have a longer span to reach the escarpment, which will facilitate the creation of universally accessible pathways from the parkway to the new raised bridge landing.

The bridge will also feature a custom guard rail which is a contemporary reinterpretation of the historical wood balustrade of the building.

We will transform the shoreline to offer a unique experience and access to the Ottawa River.

The work will address the following:

The landscaping work should start this spring/summer. It will be completed by fall 2022. The installation of a new dock system will take place in 2023.

Site service upgrades will include the following:

The following traffic management plan will be in place during the work:

This work is part of the NCC’s major infrastructure projects funded by the Government of Canada’s $55- million investment announced in the 2018 federal budget.