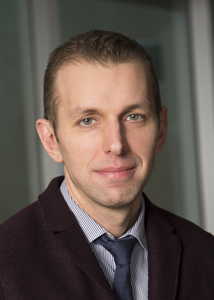 Michael Foderick is a partner at McCarthy Tetrault LLP in Toronto, where he specializes primarily in administrative, municipal, planning and real estate law. Michael currently serves as chair of the Board of Directors of Ontario Parks. Previously, Michael served as chair and vice-chair of the Toronto Public Library Board. Michael has also served as a Canadian Forces officer and platoon commander in the Queen’s Own Rifles of Canada regiment. His other work and volunteer roles have included president and co-chair of Parkdale Community Legal Services, one of the largest poverty law clinics in Canada, executive member of the University of Toronto Governing Council, and co-founder of the West Toronto Railpath project, which created a 6.5-kilometre multi-use park and trail in west Toronto. He was awarded the Queen Elizabeth II Golden Jubilee Medal (2002) and Diamond Jubilee Medal (2012) for outstanding service to the community and country. He holds a JD degree from the University of Toronto and an Honours Bachelor of Arts in Political Science from the University of Toronto.