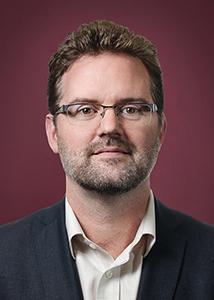 Maxime Pedneaud-Jobin was born in 1968 in Buckingham. He has been involved in his community for a great many years. He states as his proudest achievement the role he played in reviving the Laiterie de l’Outaouais, a project that engaged the entire community. A founding member of Projet Gatineau, a think tank on municipal politics, he is also the founder and head of Action Gatineau, the first political party of the newly amalgamated Gatineau. Before choosing politics, Mr. Pedneaud-Jobin worked for five years as an assistant to the CEO of the Agence de la santé et des services sociaux de l’Outaouais. He has a master’s degree in regional development from the Université du Québec en Outaouais, where he focused on the relationship between the Outaouais and Ottawa. He also made a name for himself as a regional affairs commentator, working with several media outlets over a number of years. He is married and has three children.