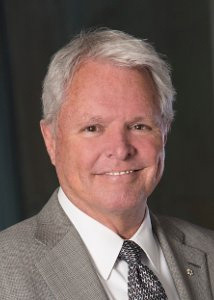 Larry Beasley is the Distinguished Practice Professor of Planning at the University of British Columbia, the founding principal of Beasley and Associates, an international planning and urban design consultancy, and a published author on urbanism. He sits on the Calgary Green Line Transit Development Board, and recently retired from the board of TransLink in Metro Vancouver. For 15 years, he served as chief planner for the City of Vancouver, leading Vancouver’s modern transformation into a world model for sustainable and liveable cities. After more than 30 years of civic service, Larry Beasley now teaches and advises on urbanism around the world. Key appointments have included special advisor on city planning to the government of Abu Dhabi, United Arab Emirates; senior advisor on urban design in Dallas, Texas; member of the International Economic Development Advisory Board of Rotterdam, the Netherlands; urban advisor to Nordic Innovations in Scandinavia; planning advisor in Toronto and Brampton, Ontario; and vice-president of Aquilini Developments, a major Canadian development company. For 13 years, until 2017, he was chair of the NCC’s Advisory Committee on Planning, Design and Realty. Beasley has also had key involvement in new capital design or capital expansion and diversification in Abu Dhabi, Moscow and Canberra. Larry Beasley is a fellow of the Canadian Institute of Planners and an honorary member of the Canadian Society of Landscape Architects. He has been awarded “Advocate for Architecture” by the Royal Architectural Institute of Canada, the Kevin Lynch Prize from the Massachusetts Institute of Technology and the Applied Sciences Dean’s Medal of Distinction at UBC. He sits on non-profit boards, including that of the Arthur Erickson Foundation and the Building Community Society of Greater Vancouver. He has also served as fellow at the Dallas Institute and on the board of the Canadian Urban Institute. He has published two major books: Ecodesign for Cities and Suburbs (2015), co-authored with Jonathan Barnett, and Vancouverism (2019). Larry Beasley is a Member of the Order of Canada, and has received the Queen Elizabeth II Diamond Jubilee Medal. He has a bachelor’s degree in Geography and Political Science and a master’s degree in Planning, as well as two honorary doctorates.