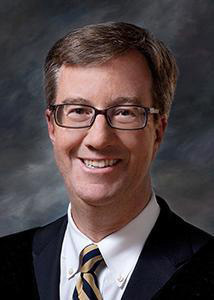 Jim Watson was re-elected as Mayor of the City of Ottawa for a third consecutive term on October 22, 2018 with more than 71% of the popular vote. Mayor Watson had dedicated most of his career to public service in Canada’s Capital. First elected as a Councillor in 1991, he was re-elected in 1996. Three years later he was elected as the youngest Mayor in Ottawa’s history with 82% of the popular vote. Following the amalgamation of Ottawa and surrounding communities, Mayor Watson was appointed the President and Chief Executive Officer of the Canadian Tourism Commission, a federal crown corporation. In 2003, he was elected as the Member of Provincial Parliament for Ottawa West–Nepean and immediately appointed to cabinet as Minister of Consumer and Business services. In 2005, he was appointed as Ontario’s first Minister of Health Promotion and he successfully implemented the Smoke Free Ontario Act. Re-Elected as MPP in 2007, he was promoted to Minister of Municipal Affairs and Housing. In that portfolio, Watson signed the largest Federal-Provincial Housing agreement in Ontario’s History. During his first and second term as Mayor of the new City of Ottawa, Jim Watson oversaw the beginning of construction of the Confederation Line light rail transit project and the successful completion of the Lansdowne Park redevelopment. He brought renewed fiscal discipline to City Hall, bringing in the lowest tax changes for several years while investing in renewed infrastructure, new community facilities and transit improvements in all parts of the city. An active member of his community, Watson has also served on the boards or as honourary chair of several community organizations, including the Riverside Hospital, the National Arts Centre, Ottawa 2017, the Christmas Exchange of Ottawa and the Forum for Young Canadians. He also served as chair of United Way’s 2002 campaign, which raised a record $21 million. In 2016, Mayor Jim Watson was appointed to the National Capital Commission (NCC) Board as an ex-officio member, becoming the first Mayor of Ottawa to ever sit on the Board of the NCC.