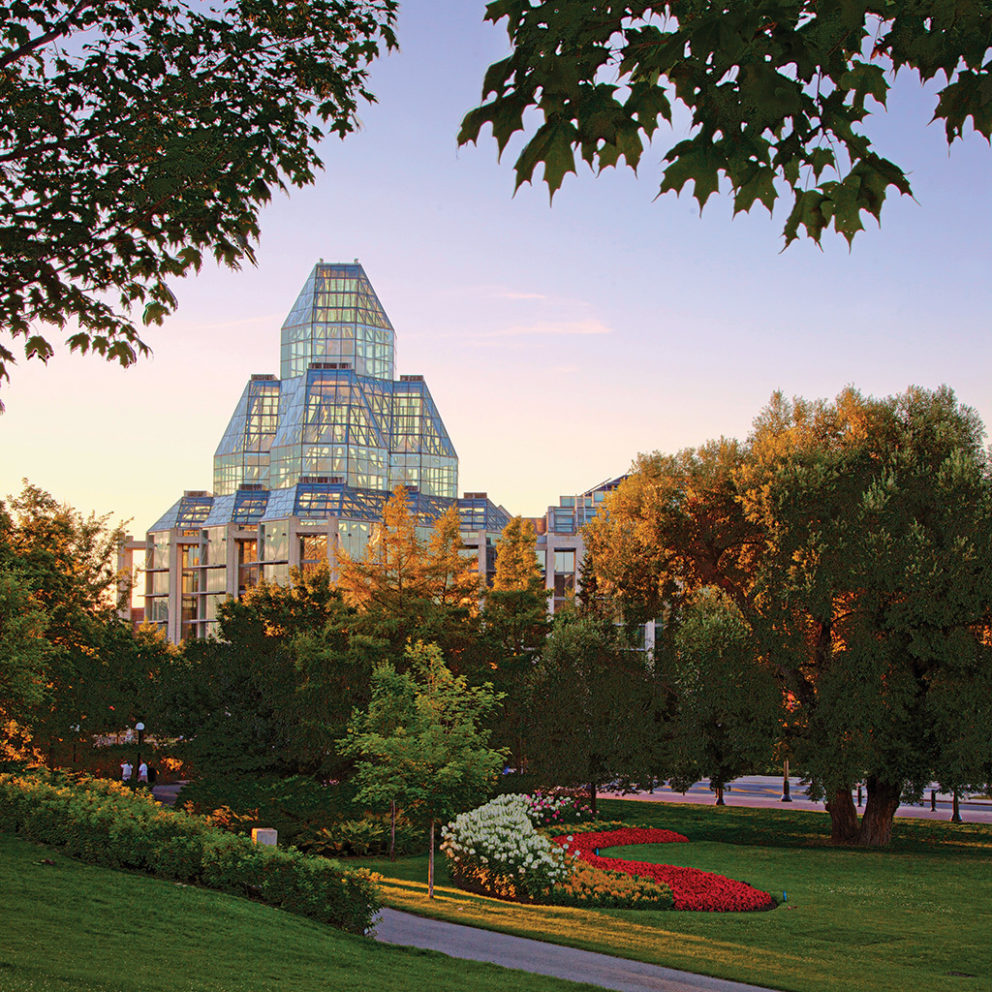 View of the National Gallery of Canada from Major’s Hill Park.

The major institutions included in the Sussex North area are the National Gallery of Canada, Royal Canadian Mint, Global Centre for Pluralism and National Research Council Canada (NRC). The NCC is the steward of Major’s Hill Park and Nepean Point, as well as many leased properties along Sussex Drive. The objective is to better integrate these federal institutions and assets to create a stronger visitor destination that takes full advantage of the adjacent Ottawa River shoreline.

The National Gallery of Canada, established in 1880 by Marquis of Lorne, Governor General John Douglas Sutherland Campbell, is Canada’s flagship visual arts museum. As such, it plays a leading role in the nation’s cultural life, and represents Canada on the world stage. Occupying a strategic site on Confederation Boulevard, with landscape created by Cornelia Hahn Oberlander, the distinguished National Gallery building was designed by Moshe Safdie and inaugurated in 1988. The gallery’s collections include international masterpieces, the largest collections of Canadian art and photography, and significant interior and exterior sculptural works. Its future development may include a new curatorial wing, improved exterior approaches, service and parking facilities, and lighting, as well as better integration with Nepean Point, the Royal Canadian Mint, the Global Centre for Pluralism and a proposed shoreline pathway.

The Royal Canadian Mint occupies a landmark heritage building at 320 Sussex Drive, built between 1905 and 1908, designed by David Ewart, Chief Architect of the Department of Public Works.

The former War Museum building at 330 Sussex Drive reopens in 2017 as the Global Centre for Pluralism, a new institution created in this significant heritage property by the Aga Khan Foundation to foster intercultural and interfaith understanding.

NRC’s original headquarters at 100 Sussex Drive, once known as “The Temple of Science,” is the most publicly visible symbol of this internationally recognized research institution. As Canada’s national research and technology organization, it occupies multiple campuses in the Capital, including facilities on Montreal Road and at Uplands, as well as at 100 Sussex Drive. This heritage building, situated at a prominent location on Confederation Boulevard adjacent to the Rideau Falls, holds potential for redevelopment as a science and innovation hub.