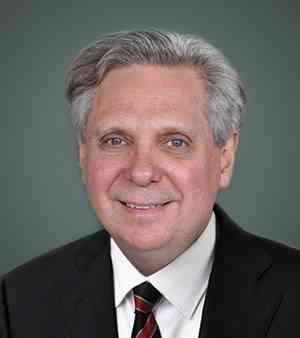 Planning Canada’s Capital has roots that lie at the dawn of the 20th century in the work of Frederick Todd and the Ottawa Improvement Commission. The Plan for Canada’s Capital, 2017–2067, builds on this tradition, with a vision that is practical, buildable and flexible.

It is with great pride and pleasure that we mark Canada’s sesquicentennial in 2017 with the tabling of this guide to the development of the nation’s capital well into the 21st century. The NCC’s planning horizon of 50 years extends beyond typical municipal outlooks, and its focus on federal lands provides long-term stability and coherence in the midst of a rapidly growing urban region. As such, this plan complements the work of our municipal partners with an overarching aim to ensure that “the nature and character of the seat of the Government of Canada may be in accordance with its national significance,” as it is so elegantly expressed in the National Capital Act.

Importantly, this iteration of the Plan for Canada’s Capital is the culmination of a national conversation undertaken over several years regarding three key themes. Canadians envision an inclusive and meaningful capital that preserves and cherishes national symbols, while respecting Indigenous heritage; a picturesque and natural capital that values public green space and promotes environmental sustainability; and a thriving and connected capital whose networks extend around the globe.

The Plan sets out policies that will guide the deployment of federal lands, buildings, parks, infrastructure and symbolic spaces to fulfill this vision. It addresses a future that is already discernable: urban growth and densification, increased global connectivity, and a “digital shift” that is changing the nature of employment, transportation, commerce and government.

The NCC and other federal landowners will work in concert with local governments and other partners to preserve the Capital’s built heritage and green space, and enhance its landscapes, streetscapes and amenities in order to provide for a growing and more diverse population. The Plan seeks to enliven the urban environment while retaining the dignity of the institutions of government. In implementing this plan, the NCC will develop tools and outreach approaches that support its policy intent, including design excellence and universal accessibility.

On behalf of the National Capital Commission, I offer sincere thanks to the thousands of Canadians from across the country who provided their ideas, including 17 milestone initiatives that substantiate the planning directions indicated in the following pages. Their collective enthusiasm and imagination have yielded this vision of a “smart” sustainable capital that is inclusive and symbolic for all Canadians.

I would like to recognize our dedicated partners at The Royal Canadian Geographical Society for their support throughout the planning process. In closing, I would also like to acknowledge the NCC’s talented staff members who contributed to this document. As planners and stewards, their work is central to building a capital worthy of our nation, an inspiring place to live and for all to visit.