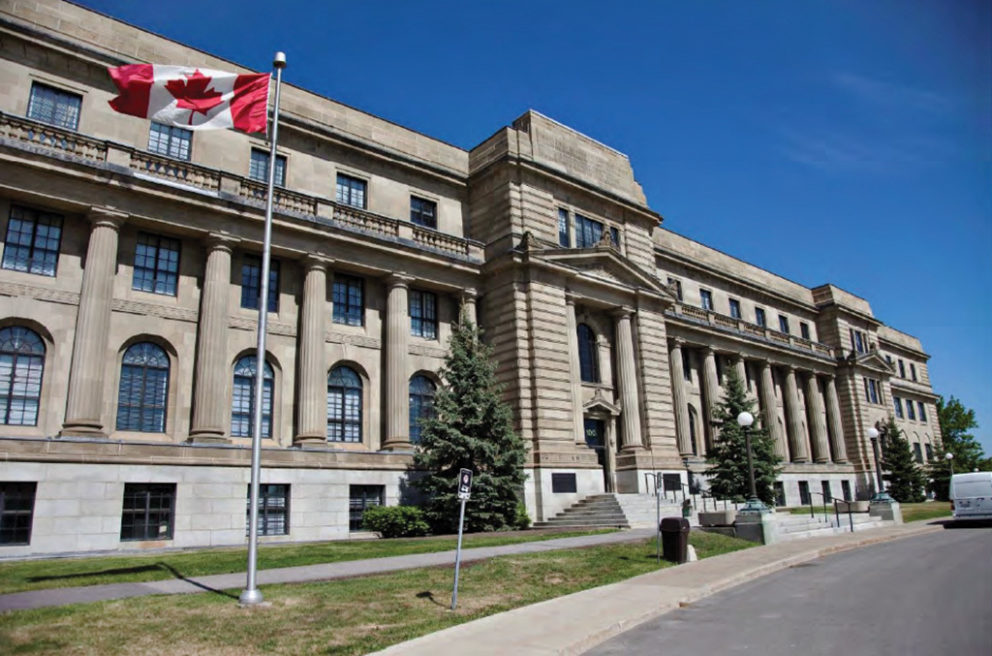 The Canadian Museum of Nature, formerly the Geological Museum created in 1856 by Sir William Logan, is located in the Victoria Memorial building, also designed by David Ewart and built from 1905 to 1910. This building occupies a strategic site with a northward view up Metcalfe Street directly to Parliament. A recent award-winning addition designed by Padolsky, Kuwabara and Gagnon was completed as part of a comprehensive renovation undertaken from 2004 to 2010. The museum’s natural heritage campus, with its research and collections facility, is located in Aylmer.

Further afield, the Canada Agriculture and Food Museum, Canada Science and Technology Museum, and Canada Aviation and Space Museum highlight Canadian achievements in the natural and physical sciences. They anchor a series of federal sites linked by national parkways or prominent sightlines.

The Canada Science and Technology Museum was inaugurated in 1967 in the former Morrison–Lamothe Bakery building, following the 1951 Massey Royal Commission’s call for the creation of a national museum devoted to science. Today a renowned institution, it is being extended and renewed as a major museum campus. Set to open in fall 2017, it will also include the Canadian Conservation Institute. It will continue to promote and celebrate Canada’s long history of scientific and technological achievements, and to inspire future innovation.

First established in 1960 at Uplands Airport, and moved in 1964 to the historic Rockcliffe Airbase, the Canada Aviation Museum opened its doors in its present building in 1988. In 2010, the museum expanded its mandate, adding aerospace technology and changing its name to the Canada Aviation and Space Museum. As the national repository of Canada’s aeronautical and space history, the museum’s mandate is to create a greater appreciation for Canada’s aviation heritage, demonstrate the vital role of aviation in the lives of Canadians, and illustrate the significance of aviation in the growth and prosperity of this country. Adjacent to its location at the former Rockcliffe Airbase are runways that are still in operation with the Rockcliffe Flying Club.

These two museums, as well as the Canada Agriculture and Food Museum, are grouped under the Canada Science and Technology Museums Corporation, established in 1990.

Public science is a strength in Canada’s Capital: today, 15,000 scientists work in research and development in federal departments, such as Health Canada, Agriculture and Agri-Food Canada, Natural Resources Canada, and NRC.

The Central Experimental Farm, established in 1886, is a unique working farm in the heart of an urban region. The Experimental Farm is open to the public throughout the year, along with the adjacent 26-hectare Arboretum. This central asset of the Capital’s urban green space network contributes to biodiversity and reinforces the link from the Rideau Canal to the Ottawa River ecosystems. In the coming years, the long-term ecological and scientific outlook for preserving the Central Experimental Farm and the Arboretum should be revalidated in an update to the existing 2005 master plan.