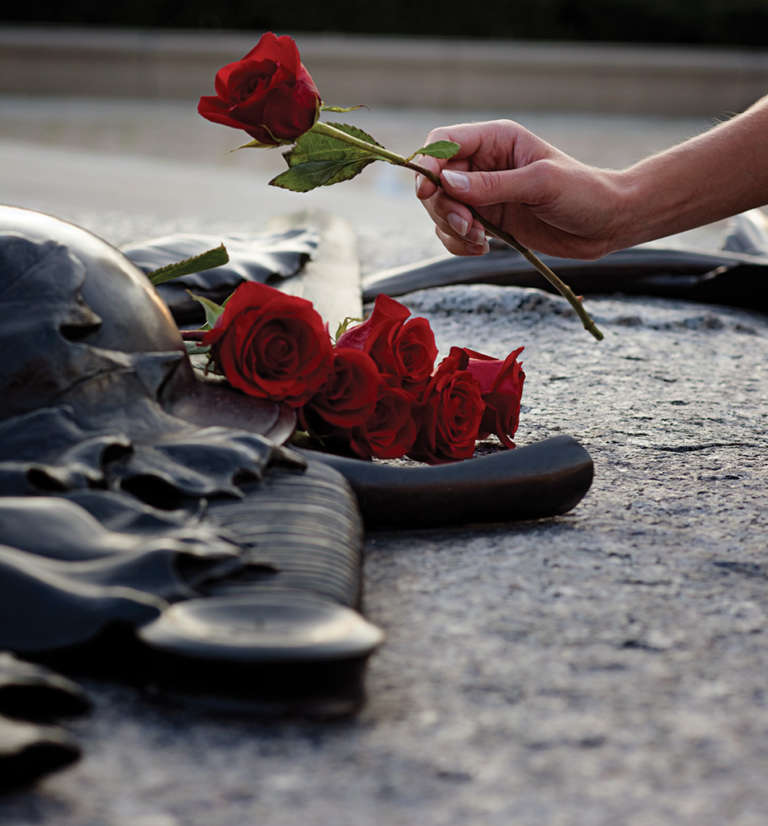 Roses on the Tomb of the Unknown Soldier.

In 2067, visitors to the Capital will experience and take pride in the enduring collective memory of Canada’s federation, its struggles and its accomplishments. The Capital is the ideal place to celebrate Canadian achievements, values, customs and beliefs. It is a place to recognize the Indigenous peoples of Canada, and to celebrate the Capital builders from successive arrivals to this country. It is a place where Canadians from all backgrounds can congregate and feel at home.

As the country matures, the nation will continue to commemorate the contributions of individuals, groups and events in Canadian history, culture, and scientific progress or achievement in the Capital, creating significant landmarks and places for people.

To meet our predecessors’ expectations and our contemporaries’ aspirations requires cohesiveness of monument scaling and distribution, appropriateness of buildings, and urban design quality that meets the test of time.

Canadian Heritage has the mandate to foster Canadians’ appreciation of their country and their capital. Since 2013, the Department has been responsible for interpretation and commemorations in the Capital of significant events or people, as well as the organization of major communal and promotional events such as Canada Day, Winterlude, education programs and Capital visits. These activities and others to be developed in the years ahead are planned in close collaboration with regional tourism authorities, event promoters and the NCC, as well as with the municipalities.

In 2067, the Capital will have established a more comprehensive network of commemorations to educate future generations. Some will be dedicated to Canada’s military accomplishments, in keeping with the long tradition whereby capital cities around the world venerate their nation’s military history and service in the defence of their country. Other commemorations are dedicated to political leaders. Over the coming decades, it is intended that new commemorations should honour the achievements of civil society, including Indigenous, social, cultural and scientific subjects that are currently under-represented in the Capital’s commemorative landscape.

Naming places after people or events is a commemorative practice widely used in capitals and cities around the world. The NCC has established a policy for toponymy (place naming) that allows for the naming of federal roads, parks, public spaces and buildings after Canadians who have made a significant contribution to the development of the nation.