Very few places in North America have a network of multi-use pathways as large as the one we have here in Ottawa–Gatineau.

The Capital Pathway network is a safe and fun way for pedestrians, joggers, cyclists, in-line skaters and people with reduced mobility to discover Canada’s Capital Region. It connects parks, gardens, museums and attractions, and offers spectacular views along the way.

Here are seven of the most scenic routes to explore on foot or by bike: five are in Ottawa and two are in Gatineau. All routes are accessible for people with impaired mobility.

Route nos. 1 and 2 connect at Rideau Falls Park and Green Island, which provides an impressive view of the waterfalls where the Rideau River meets the Ottawa River. The park also features a beautiful terrace at the Tavern on the Falls. It’s the perfect place to grab a bite or a drink.

Route nos. 2 and 3 connect at Hog’s Back Park. The park is renowned for its natural beauty and the spectacular views of Hog’s Back Falls and the Rideau River.

Route nos. 3, 4 and 5 connect in downtown Ottawa. The downtown core boasts iconic destinations that are not to be missed, including Major’s Hill Park and its popular Tavern on the Hill, the Rideau Canal’s Ottawa Locks — best enjoyed at sunset — and, of course, Parliament Hill.

Route No. 1: East end, along the Ottawa River

This route follows the Ottawa River along the Capital Pathway. It is hilly, and goes from the east end of the Sir George-Étienne Cartier Parkway to Rideau Falls and Green Island Park.

It passes by the Canada Aviation and Space Museum, perfect for a journey through Canada’s aviation and space history. A must-stop along the way is Rockcliffe Park and the Rockeries, one of the region’s first recreational parks, which offers spectacular views of the river from the Rockcliffe Park lookout. Take advantage of a nice day to explore the grounds of Rideau Hall at your leisure, by following the interpretive panels along the paths.

A section of that route, starting at Princess Avenue, uses a municipal on-road bike lane or a sidewalk.

Route No. 2: Along the Rideau River

This route follows the Rideau River on the Capital Pathway. It is mainly flat, and goes south from Rideau Falls Park and Green Island to Hog’s Back Park.

It offers many places to stop for a rest or to engage in outdoor activities, including Vincent Massey Park and its wooded walking paths, rolling meadows, scenic vistas and open grassy areas.

Route No. 3: Near downtown, along the Rideau Canal

This route follows the east bank of the Rideau Canal on the Capital Pathway. It is mainly flat, and goes north from Hog’s Back Park to downtown Ottawa.

Route No. 4: Near downtown, along the Rideau Canal

This route follows the west bank of the Rideau Canal on the Capital Pathway. It is mainly flat, and leads north from Hartwells Locks to downtown Ottawa.

It features multiple flower beds along the way, and provides access to Dows Lake and the Central Experimental Farm. The route leads you past three beautiful NCC-maintained parks: Commissioners Park, Patterson Creek Park and Confederation Park. Stop by the NCC Bistro at Confederation Park for an exciting and unique food and drink experience in a relaxed urban green space.

Route No. 5: West end, along the Ottawa River

This route follows the Ottawa River on the Capital Pathway. It is flat, and leads east from Deschênes Rapids to Major’s Hill Park.

It passes by many of the Capital’s wonderful parks and green areas, including Westboro Beach, Remic Rapids Park, LeBreton Flats Park, Pindigen Park and Richmond Landing. Stop by the NCC Bistro at Remic Rapids Park to refuel, and enjoy the view of the rock sculptures by artist John Felice Ceprano. Don’t miss Maplelawn Garden for a rare example of a 19th century walled garden.

Route nos. 6 and 7 connect at Portageurs Park, which features natural and historical elements in an industrial setting.

Route No. 6: East end, along the Ottawa River

This route forms a loop following the Ottawa River and the Ruisseau de la Brasserie. It is mainly flat, with some hills, and passes though Leamy Lake Park and Jacques-Cartier Park.

The route offers scenic views of the river, lake and creek. It goes from the city to a more natural environment, where you can enjoy a picnic by the beach. The stretch that runs behind the Canadian Museum of History provides iconic views of Parliament Hill.

Create your own loop using the Leamy Lake Pathway, Ruisseau-de-la-Brasserie Pathway and De l’Île Pathway. If you’d like an additional challenge, continue on the Voyageurs Pathway near Portageurs Park until you reach Aylmer (Route No. 7 and Deschênes Lake). Or, when you’re in the Leamy Lake area, head north using the connection with the Gatineau River Pathway.

Route No. 7: West end, along the Ottawa River

This route follows the Ottawa River from Portageurs Park to Parc des Cèdres, in Gatineau (Aylmer sector). It is mainly flat, and will lead you past sandy beaches, marshes and picnic areas. It offers magnificent views of the river.

When the river is low enough, you can see patches of stromatolites near the Champlain Bridge. Another interesting feature to check out is the remnants of the region’s first hydroelectric generating plant at Deschênes Rapids Park.

Pick a complete or partial route, or combine routes for an extra challenge!

Remember: These routes follow pathways that are shared between pedestrians, runners, cyclists, in-line skaters, parents with strollers and people with mobility impairments. Share the path, and obey the speed limit (20 km/h). Always keep right, and be prepared to slow down when nearing or passing others. 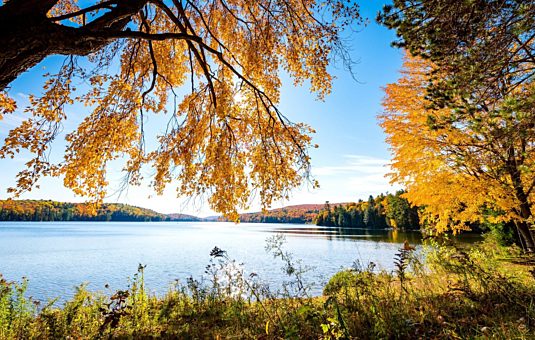 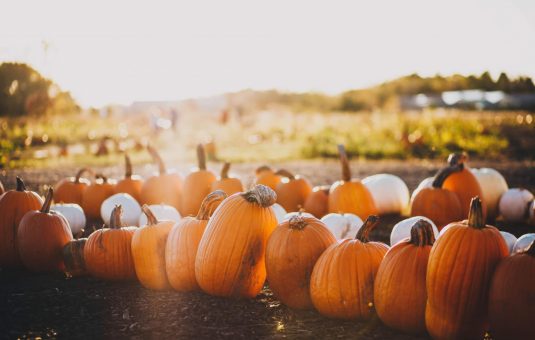 Six Greenbelt Farms You Won’t Want to Miss This Fall 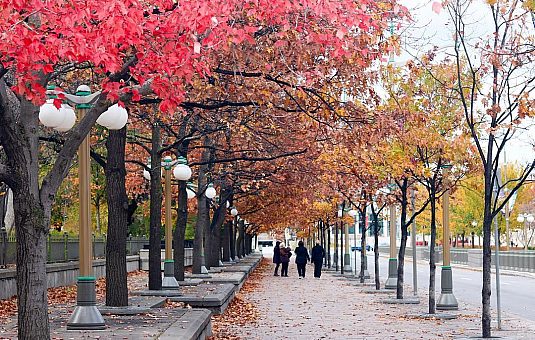 Views you need to see before the fall rhapsody ends

The NCC welcomes the fall: Extension of parkway pilot projects in support of Fall Rhapsody